A very early leak of the Week 8 challenges in Fortnite Season 5 has surfaced online, thanks to data miners digging through the game files.

Despite Epic Games’ best efforts to discourage them, data miners have been hard at work uncovering every possible secret they can following the big v5.30 update for the battle royale game.

The week 7 challenges have been delayed until Friday, August 24, but these were already leaked earlier in the week.

And now, in an incredibly early release, a leak courtesy of FNLeak shows all the challenges for the following week, week 8.

Just like previous weeks, there are three free challenges available to all users, and then four challenges exclusive for battle pass owners. 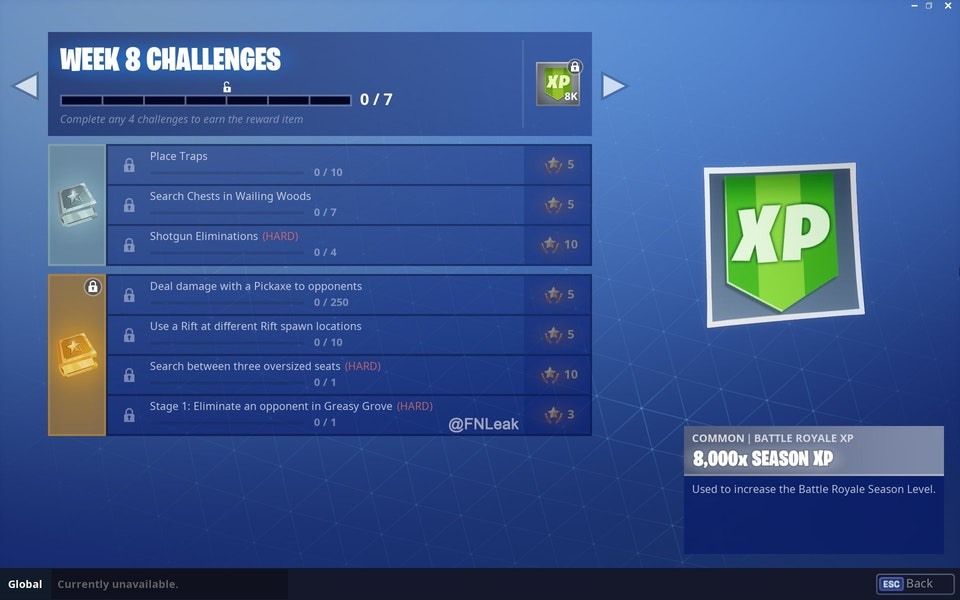 Since we are still a week out from when these challenges will be expected to go live, it is possible that Epic makes some adjustments to these.

And of course, there is still all of week 7’s challenges to get through first which you can find here.

There has been no shortage of leaks following the v5.30 update, including the new ‘Shockwave Grenade’, new emotes, and the first footage of the new ‘Rift-to-go’ item.