A brand new Limited Time Mode has gone live in Fortnite Battle Royale on December 21 as part of the game’s 14 Days of Fortnite holiday event.

The new LTM, called Barebones, is Fortnite played with in its usual and standard format, except there is a giant twist when it comes to what information players have access to.

When playing a match in the LTM, players cannot see several important elements of their HUD, such as their mini-map, game time, player count, and building instructions.

Not everything in the HUD is hidden, as players will still be able to monitor their health/shield , resources, inventory, and ammo capacity,

“Determining who is friendly and who isn’t during firefights and staying away from the storm will be key to picking up a Victory Royale,” the in-game description advises. 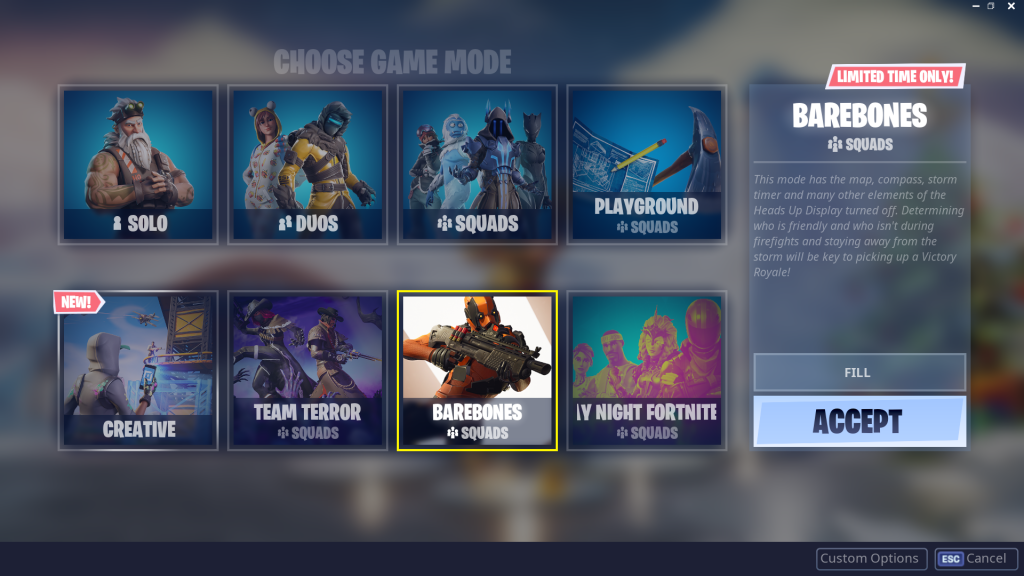 With so many crucial elements missing from the in-game HUD, the battle royale is taken to a whole new level of difficulty, as players now do not have the luxury of so much of the information they are used to.

Now, players will have to determine when the Storm is moving and from which directions, where each safe circle is located, and how many players are left in the game, all in addition to knowing where and how to perfectly place builds since the outline instructions are also disabled.

Furthermore, since the LTM is squads, those who load into matches with teammates will not be able to know which of the players they encounter are friendlies and which are enemies. 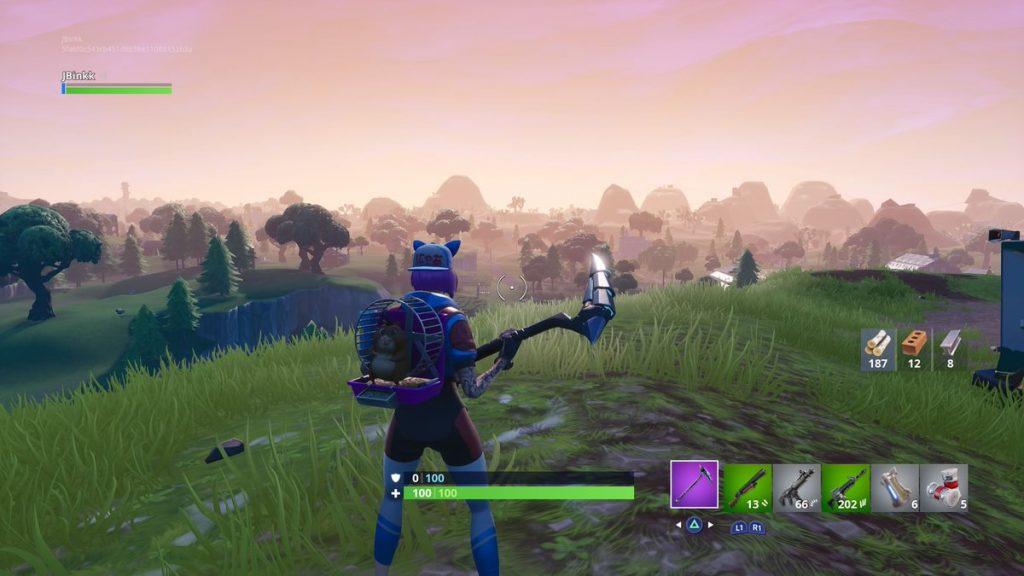 Many are drawing comparisons between this LTM and the Hardcore Multiplayer mode that’s in every Call of Duty title.

While Barebones does not go that far, which makes sense as it’s a battle royale and not a respawn mode, the new restrictions certainly make the gaming experience a lot more difficult.