Epic Games have made tons of waves with their inclusion of the X-4 Stormwing in Fortnite, but one idea might relieve tons of pressure from the sky in the late stages of the game.

The X-4 Stormwing has received tons of backlash from the community since its release on December 6, and in it’s two weeks of life has already been updated twice for multiple reasons, but a solution to one of its biggest gripes might not be in an update to the vehicle itself.

In a Reddit post, user barffyy suggests to add a weather condition applicable to planes as the storm closes into its final destination. 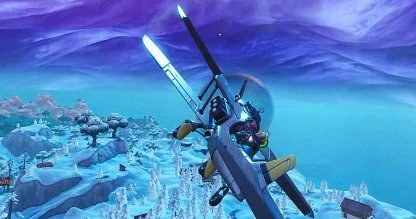 An unfortunate side effect of the Stormwing has been blatant camping in the sky.

The change would make flying a plane increasingly dangerous as a match carries on.

Barffyy suggests that the weather exhibit turbulence as the storm rages, but the high winds would also be an indicator for the pilot that lightning is soon to strike the aircraft.

Although the damage to the craft wasn’t specified, the idea could go really far to dwindling the amount of planes that simply coast to the final circles.

In the final circles, have the storm give planes “turbulence” and strike the plane with lightning, chipping away its health from r/FortniteCompetitive

Note, the user’s idea would damage the plane even if flying within the zone, which might seem unbalanced but so is seeing Jonesy cruise to the final circle with only a Pump Shotgun and no mats.

The change seems harsh, but with the right damage from lightning strikes the idea could be smoothly integrated into live servers.