Popular toy manufacturer Hasbro has partnered with Epic Games and Fortnite to release an official Nerf blaster version of the Legendary and Epic Assault Rifle, aka the SCAR.

Being sold as the Fortnite AR-L Blaster, it is the first in what will be a series of Fortnite inspired Nerf ‘Blasters’, revealed on October 25.

The other weapons set to be released as part of the partnership have not been revealed, but Hasbro have released the first image of the IRL SCAR.

The partnership between Hasbro and Fortnite was announced earlier in 2018, and will also include a Fortnite version of Monopoly, which Hasbro also owns the rights too.

The AR-L blaster will be available on June 1, 2019, and is set to retail at $49.99. That price tag will fetch you some nifty features, including a flip up sight to “allow players to focus their aim as they eliminate opponents and attempt to survive the “Storm.”

It will hold a 10 dart clip and require four AA batteries – though these aren’t included. If June 2019 is too long for you to wait, the AR-L Blaster will apparently be on show at TwitchCon on October 26-28, presumably in the Fortnite hall. 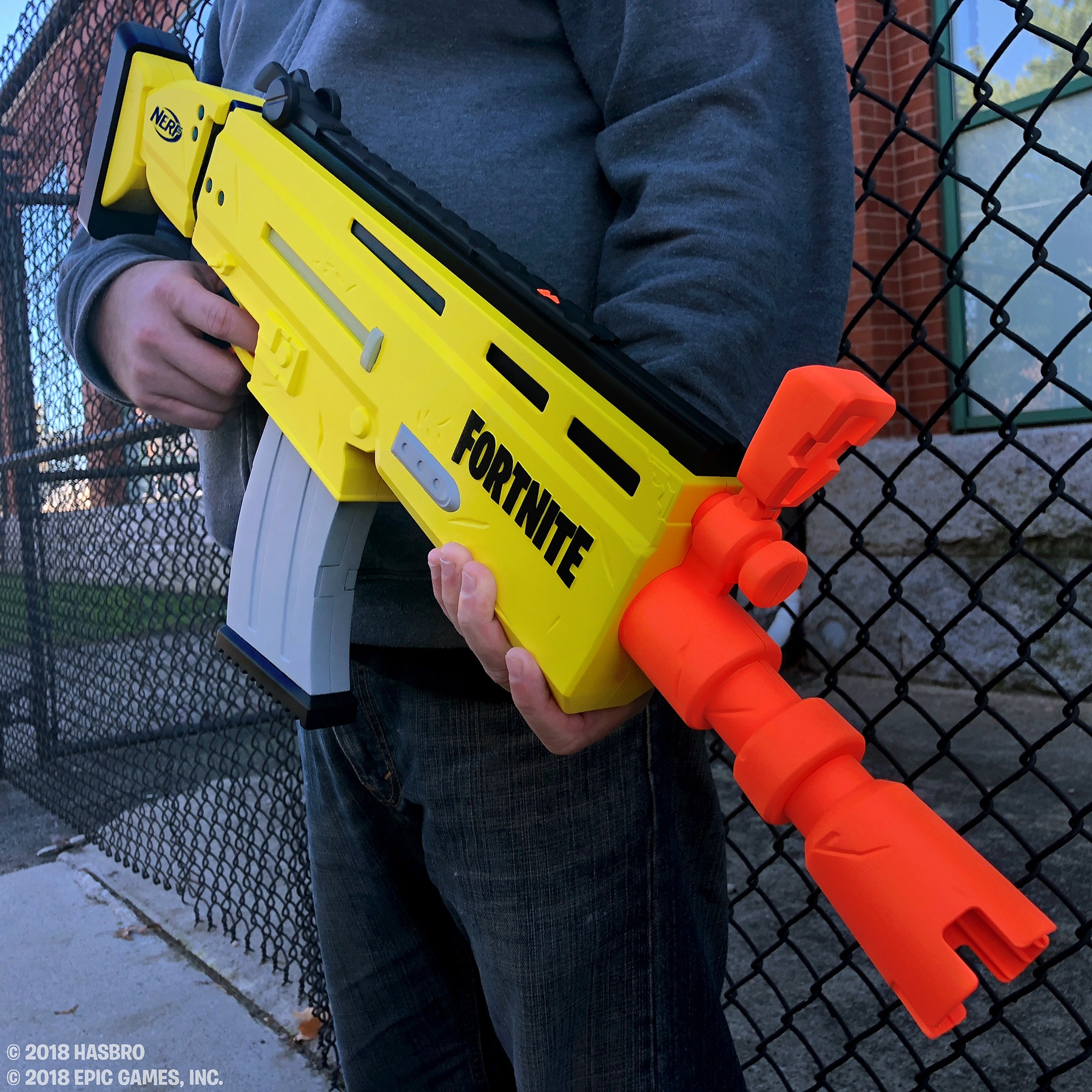 Nerf already makes a wide variety of ‘Blasters’, using pellets and discs, and with the variety of weapons in Fortnite and the massive player base of young fans who would undoubtedly pick them up, it’s a smart move from both parties.

The Fortnite Monopoly set should also prove popular, and will incorporate features from the game itself such as building walls, picking up health and dealing damage to other players.