Community members have awaited more information from Epic Games regarding keyboard and mouse use on consoles in Fortnite: Battle Royale.

Known as ‘Peripheral Based Matchmaking,’ the system would match players using a keyboard and mouse while on a console with other players that have the same equipment enabled.

However, after it was first announced by Epic Games, the developer has remained quiet on the issue which has led to a collection of community feedback on various forms of social media.

On Tuesday, August 21, Epic revealed that more information on a fix will be coming in a ‘State of Development’ post later this week after a Reddit thread questioned when the feature will be added. 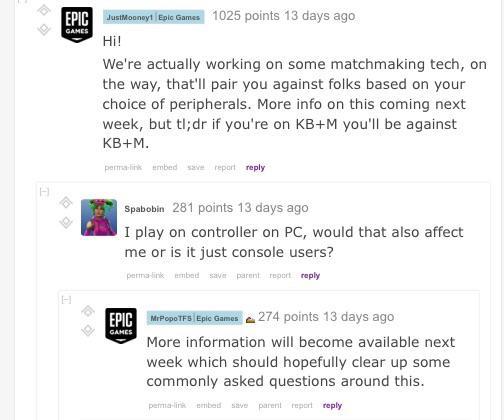 At the time of writing, it is unknown when the system will be introduced to Fortnite, or if there will be any restrictions down the line.

We will continue to provide more information on the State of Development post from Epic Games when it is released.