A European based entertainment agency is hiring two new interns – and will interview them over a friendly match of Fortnite Battle Royale.

It is perhaps the most bizarre yet intriguing recruitment tactic yet, as Dare.Win, an International Entertainment Agency that works with clients such as Netflix, Spotify and YouTube, is using Fortnite to sort out the best candidates.

With offices in Paris and Berlin, and over 50 ‘Darewinners’ on staff, Dare.Win is hiring two ‘creative interns’, but you’ll also need to know your way around a game of battle royale.

Titled the ‘FORTNITE JOB INTERVIEW’, it is exactly as described.

“Add DAREWINFR on PSN, we’ll interview you during a Fortnite game.” 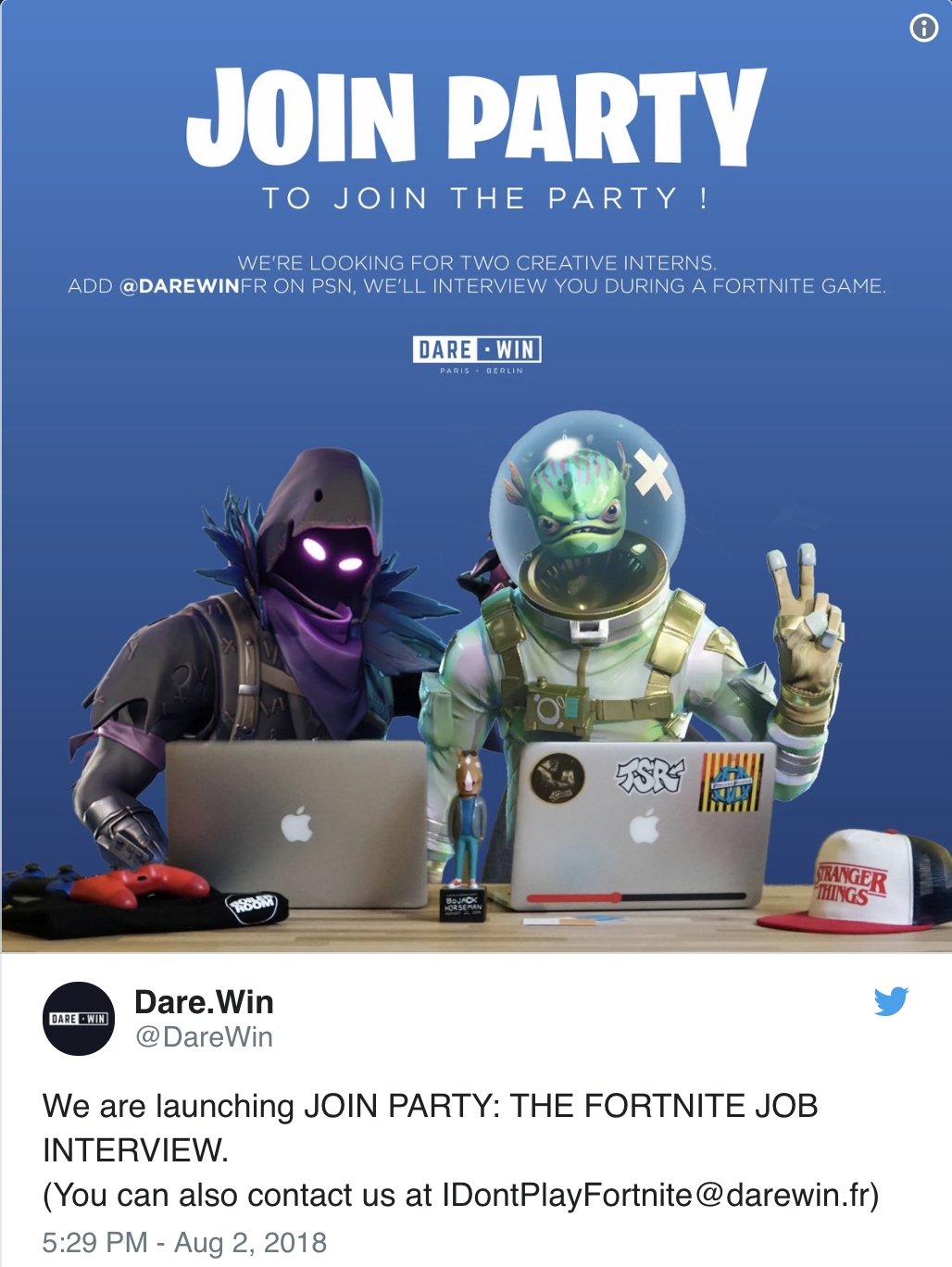 The interview style is to get a more exciting and fun experience for both the interviewee and the interviewer, which Dare.Win thinks can be helpful in finding the right person for the job.

“We always recruit our talents through uncommon ways. It makes the challenge more exciting and so much more funny for both sides, compared to a basic job interview.

The way someone plays can say a lot about their personality, especially about decision-making and how they deal with problems. We are looking for people that are cool enough to join us in an untraditional way.”

It’s true that Fortnite, as with other battle royale games, could test an applicants resolve under pressure, but Dare.Win may actually be trying to put candidates at ease.

Fortnite is by far the most popular video game on the market right now, and it seems like everyone and their dog is playing it, so it should be familiar territory for most.

However, if you are not part of this group, and don’t like Fortnite, fear not, you can also send an email to [email protected] and apply the old fashioned way.