Epic Games has announced the release date for the v5.30 Update in Fortnite: Battle Royale.

The update is set to go live on August 23 and will require downtime. Although the time for the update has not yet been announced, it will likely release at 1 AM PT / 4 AM ET / 0900 BST, with matchmaking going down 20-25 minutes prior to launch.

In addition to the update, Epic also announced that the Week 7 set of challenges will be released on August 24.

Patch v5.30 is right around the corner! It will release later in the week on Thursday, August 23.
Week 7 Challenges will become available Friday, August 24. 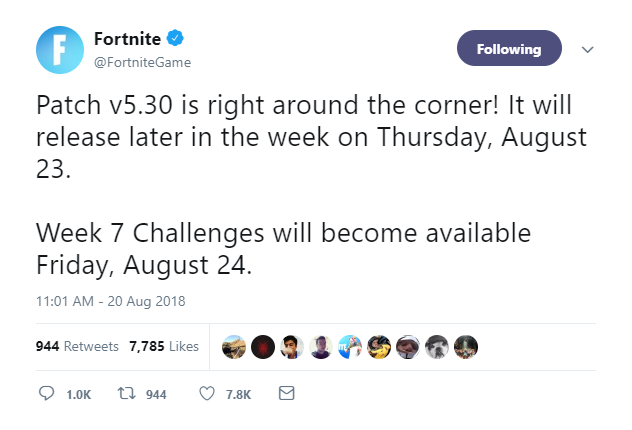 Because the Patch Notes for these updates are not released until after the server downtime begins, there is no way to know for sure what is going to be included.

However, the Fortnite Community Trello page does list the following two in-game issues that will be fixed in the next release:

Furthermore, the v5.30 Update will likely include a variety of cosmetic items that will be released in the days and weeks following its release.

As usual, data miners will likely go through game files and look any of these items that they find, and we will present you their findings once they’ve been leaked.

As for the Week 7 challenges, they will be going live on August 24, which is a day later than when they are usually released every week.

Regardless, this week’s challenges have already been leaked online, and can be seen in the image below: 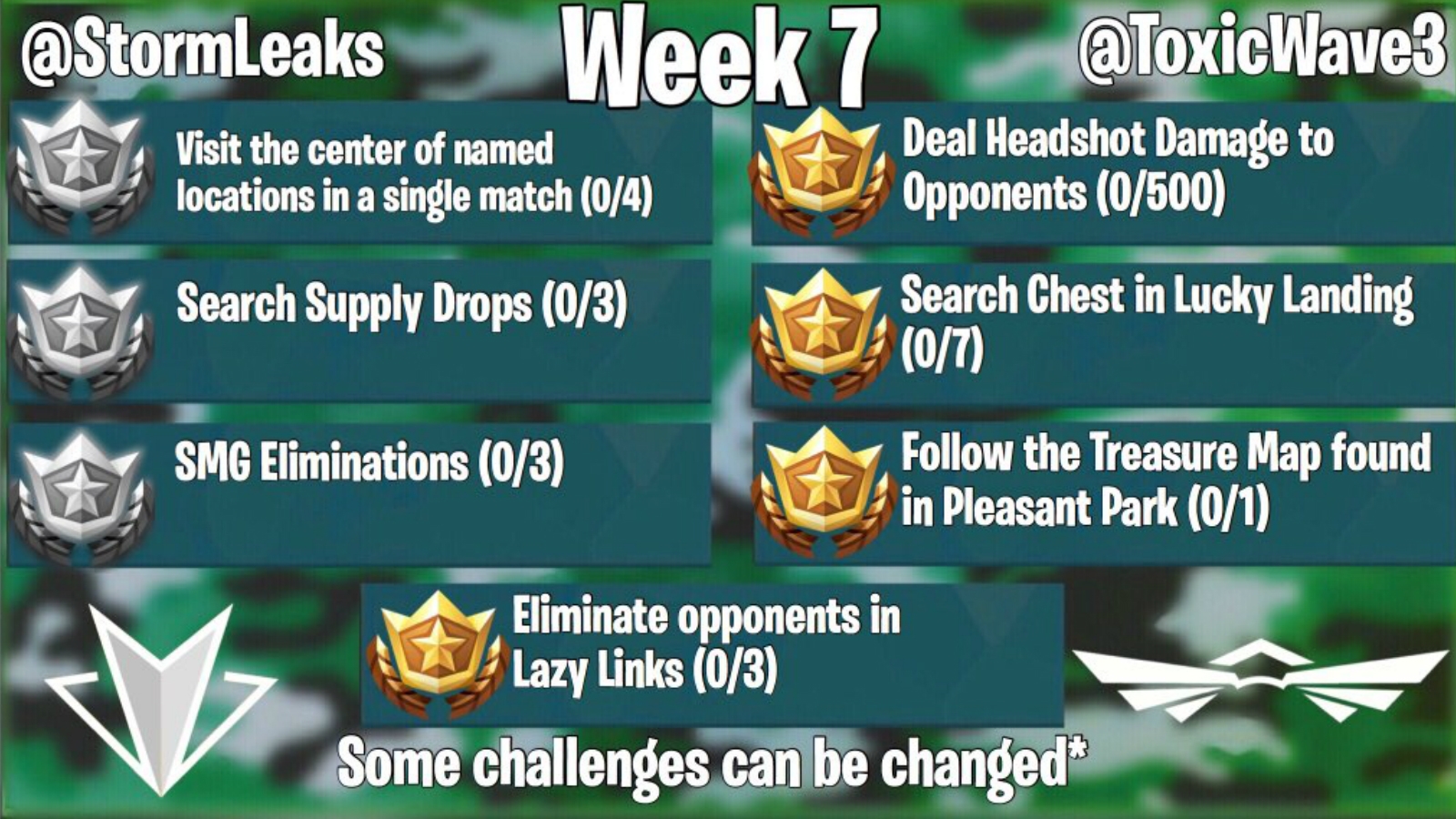