Jack ‘CouRage’ Dunlop can’t believe that not just one, but two, of his favorite landing spots have been removed from Fortnite in Season 7.

The former Call of Duty esports caster has taken to Twitter to poke fun at Epic Games after realizing that both Greasy Grove and Risky Reels have been scrapped in the latest update.

My favorite landing spot, Greasy Grove, has been covered in ice…

My second favorite landing spot, Risky Reels, has now been replaced by a giant concrete slab called "The Block"

Greasy was one of the locations situated on the southwest side of the map, however a new frosty biome has taken over and brought a few new snowy landing spots with it.

But, the ice had nothing to do with Risky Reels’ exit and it’s safe to say CouRage is feeling a bit hard done by right now.

Risky Reels has been replaced by a brand new space called ‘The Block’.

A large layer of cement crashed over the northeast corner of the map, and aside from a sign which just says ‘The Block’ there is nothing there right now – so, you can understand why people who used to drop here are a bit downbeat. 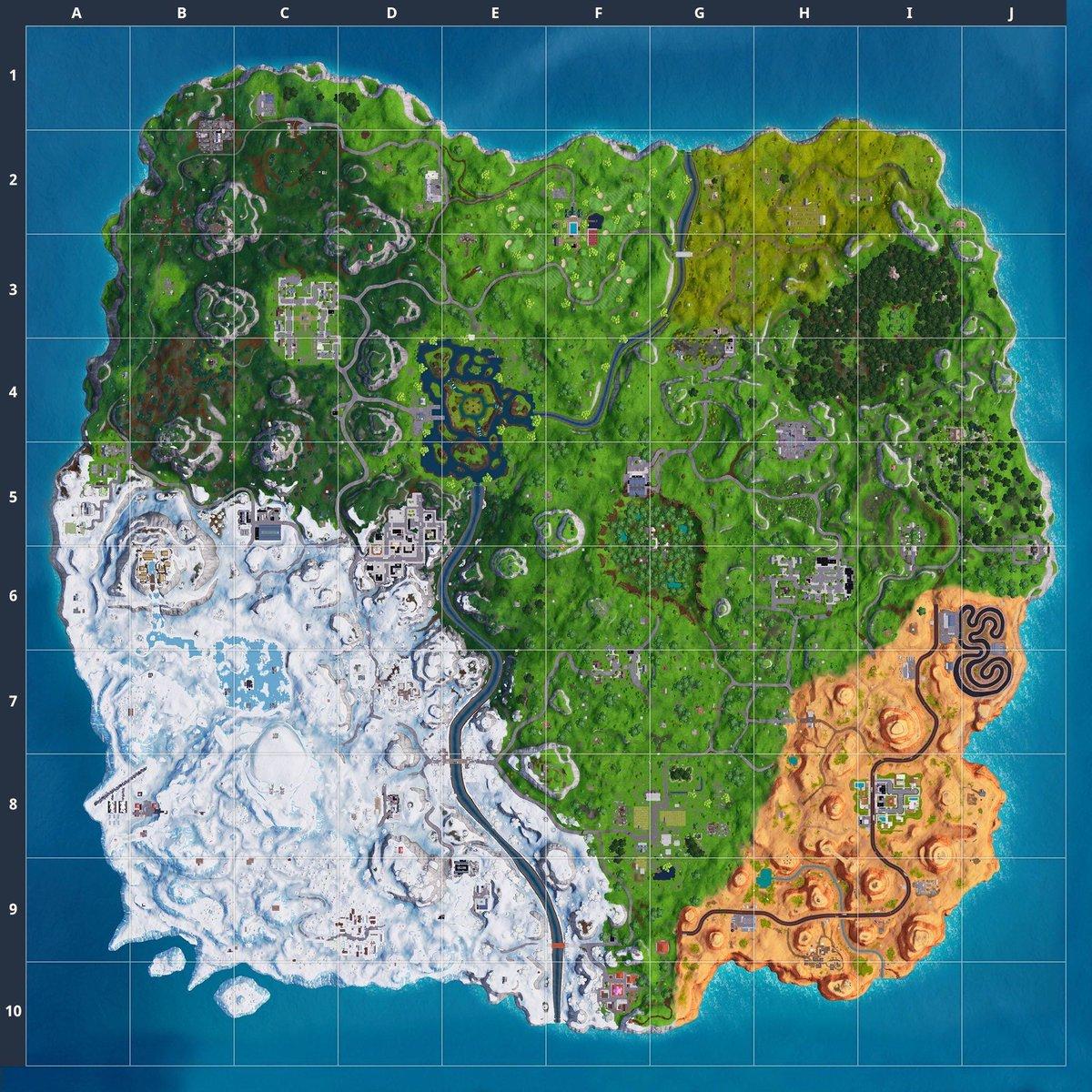 A high resolution image of the new map for Fortnite Season 7.

But, information about what the void space is going to be in the future was revealed during The Game Awards on December 6.

Donald Mustard, The Worldwide Creative Director of Fortnite, said that the “the best and coolest” designs made by players on Fortnite’s new Creative mode will soon be featured on this concrete.

So – theoretically – CouRage could recreate Risky Reels or Greasy Grove and put it forward to be added back in the game!