A substantial amount of buzz has been generated regarding the upcoming release of the Samsung Galaxy Note 9.

In order to provide more information on the new device, Samsung hosted a massive launch event in New York City on Thursday, August 9 with a number of high-profile personalities in attendance.

While promoting the release of Fortnite on Android devices for the first time alongside the Galaxy Note 9, Samsung brought on Casey Neistat and Ninja, two of the most well-recognized figures in the online community, to demonstrate gameplay from the popular Battle Royale title.

The pair found themselves up on the stage at the Samsung Unpacked event to demonstrate the first official look at Fortnite on the Note 9, with Casey Neistat poking fun at the massive Twitch streamer, 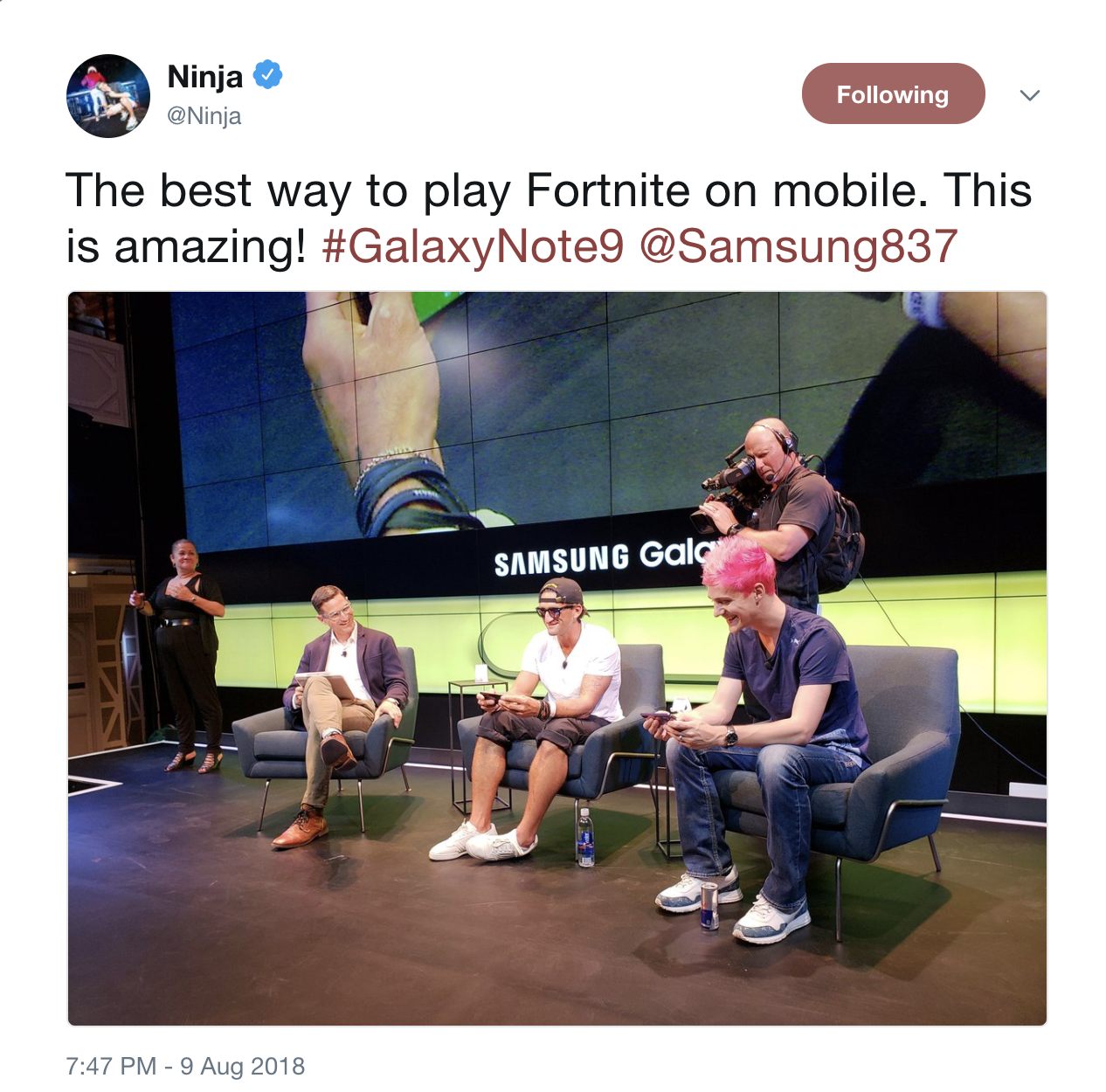 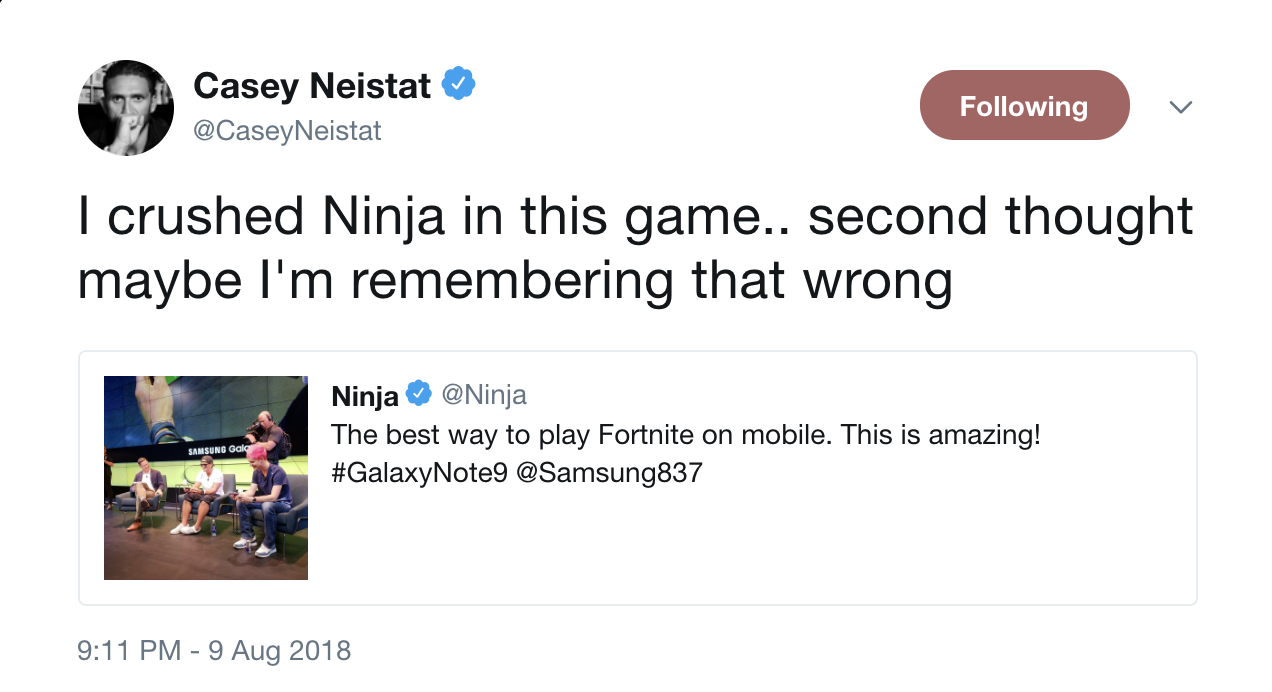 Following Samsung Unpacked, Android users on a collection of different devices will be able to sign-up for the Fortnite Beta, however, prospective players will be added to a waiting list.

Prior rumors about the leaked ‘Galaxy’ skin being a Samsung exclusive were confirmed at the launch event, and it will be available to Galaxy Note 9 and Tab 4 owners that download the game.

The Samsung Galaxy Note 9 will officially launch on Friday, August 24.