The latest FIFA 20 TOTW 5 squad has officially been revealed by EA SPORTS. This updated selection of FUT Team of the Week in-form players will be available in Ultimate Team packs from 6pm (UK time), October 16, 2019. These new IF cards will then be available for exactly one week.

We recommend opening any packs that you may have saved for this latest FIFA Team of the Week squad, right after these players are released. The thinking behind this is that FUT TOTW prices are usually at their most expensive as soon as they enter the game. Using this same logic, we generally suggest letting prices drop before buying in most cases.

Although this is a successful way of saving and making FUT coins, some higher-rated cards can increase in price over a longer period of time. However, this comes down to a game of chance, as if the player were to receive a higher rated version in the same position group, the value of their original in-form would drop. See the FIFA 20 TOTW 5 FUT squad below. 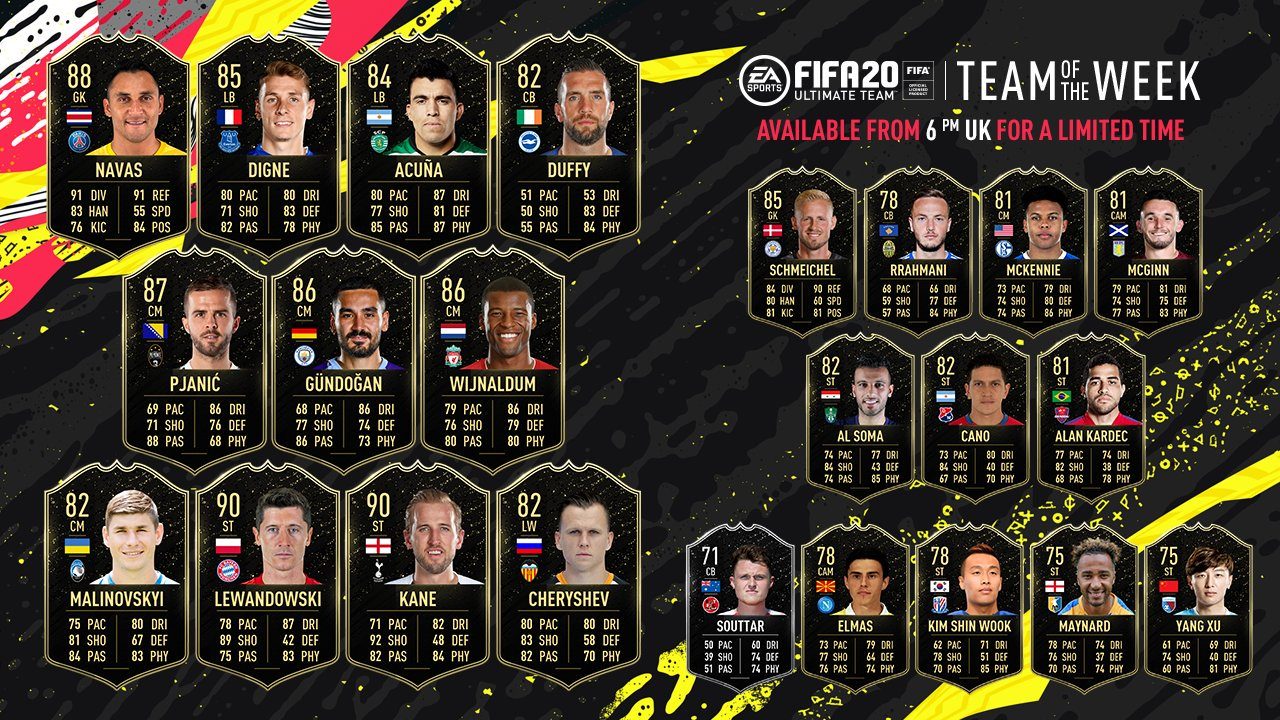 Are you impressed by this latest selection of FUT Team of the Week in-form items? Will you be aiming to include any FIFA 20 TOTW 5 players in your own Ultimate Team squad? You can let us know all your thoughts and opinions regarding these new cards via our Twitter.