EA SPORTS have officially revealed a brand new squad of FIFA 20 TOTW 18 in-form cards. This latest group of FUT Team of the Week IF players will be available in Ultimate Team packs from 6pm (UK time), January 15-22, 2020.

As soon as FIFA Team of the Week cards enter the game mode, they are generally worth the most coins, which has a lot to do with their short supply. Taking this into account, if you have any packs stored specifically for these FUT TOTW players, we would generally recommend opening them right after this squad becomes available in Ultimate Team.

However, with the above said, FIFA 20 Headliners are scheduled to enter FUT at 6pm UK this coming Friday (January 17), so we suggest waiting an extra two days before you begin tearing into your packs. These new items will be very highly rated, meaning that you will be able to sell them for a lot of coins. Check out the full FIFA 20 TOTW 18 squad below. 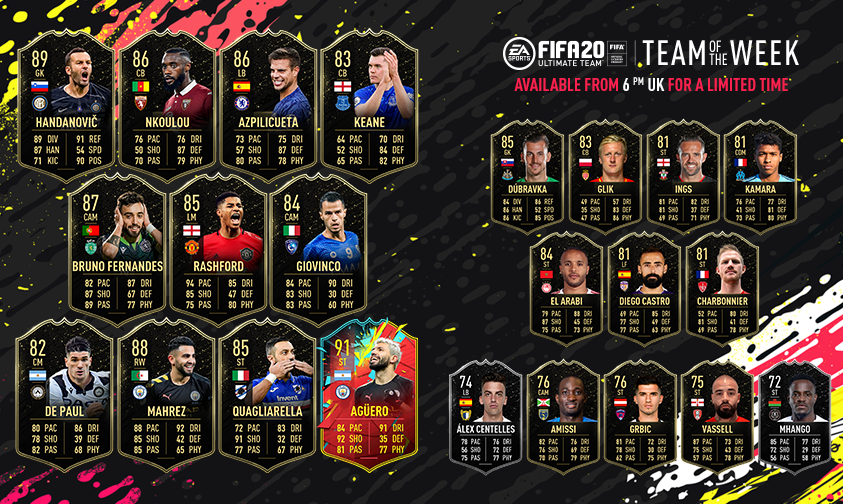 Do you agree with the above FUT Team of the Week selections made by EA SPORTS? Are you planning on including any of these FIFA 20 TOTW 18 players in your own Ultimate Team? We would love to hear all your thoughts and opinions regarding this squad, so please feel free to get in touch with us via Twitter.