FIFA 20 FIFA SBC Solutions
As Summer Heat winds down, EA have released another mind-blowing SBC, this time focusing on Manchester Utd midfielder Paul Pogba. Here’s everything you need to know to complete it, including cost, requirements, and cheapest solutions.

It seems EA are determined to make FIFA 20 go out with a bang, as some of their most recent SBCs have been jaw-dropping value, and for some of the best cards in the game. This new one is no different.

Manchester United star Paul Pogba seen his base rating boosted by seven, pushing him all the way up to a 95-overall. If you want to get your hands on the new card, he’s what you need to know.

Paul Pogba’s OVR has only been boosted by 7, but it still reflects a pretty significant upgrade. His defending is the only stat to fall below 88, meaning he is much more suited to a CAM role, rather than that of a CDM.

93 shooting, 95 passing, 95 dribbling, and 93 physical mean he is one of the Premier League’s best midfield cards at orchestrating a whole side’s attack.

Pair these stats with 5* skill moves and 4* weak foot, and Pogba is up there as one of the best midfield cards in the entire game.

Beyond his incredible stats, the Pogba SBC is also very good value for coins. According to FUTBIN, the total cost for the SBC is between 295,000 and 320,000 coins, depending on your platform.

Furthermore, there are only two squads required to complete the Paul Pogba SBC. The first is a Manchester Utd squad. It needs one player from the Red Devils, a minimum OVR of 84, and a minimum team chemistry of 75.

This squad costs between 95,000 and 100,000 coins. One of the cheapest solutions, not requiring loyalty, can be found below: 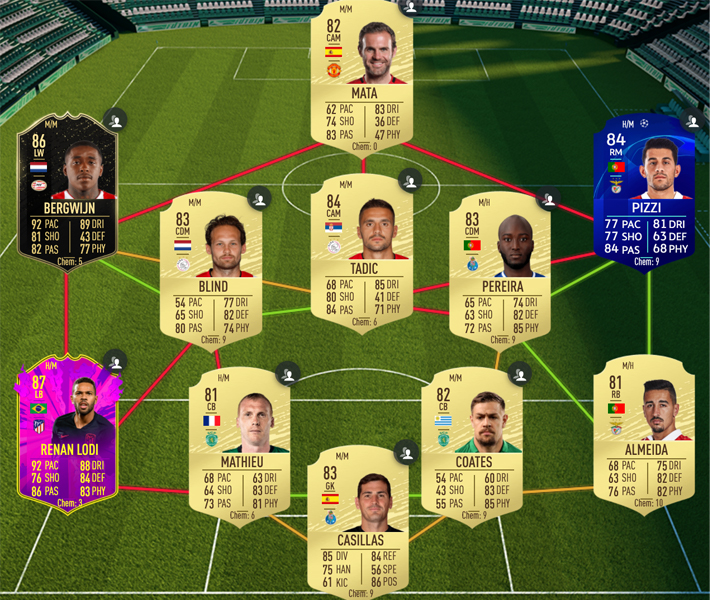 The second is a Premier League squad, requiring one player from the English top flight, a minimum OVR of 88 and minimum team chemistry of 50. This squad costs between 210,000 and 225,000 coins. One of the cheapest solutions, not requiring loyalty, can be found below: 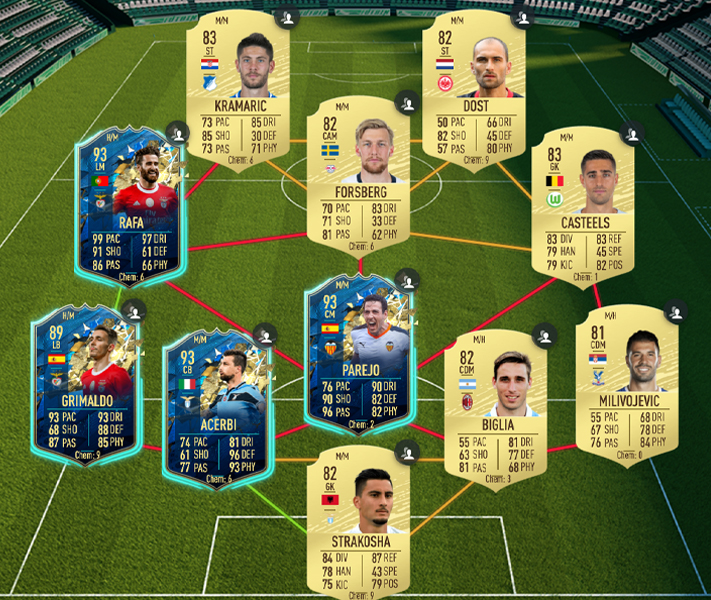 So, finally, is the Paul Pogba SBC worth it? Yes, absolutely. You’re getting a top tier PL midfielder for 300,000 coins(ish). There are a few better options, but they are ludicrously expensive in comparison.

TOTSSF De Bruyne, for example, costs nearly 2 million coins. If you have a PL side and the coins, get Pogba while you still can.