Fallout 76 fans who purchased the special Power Armor edition of the game are upset with Bethesda for their way of apologizing after an item included in the pack didn’t match the original description.

Art released by Bethesda showed a canvas West Tek duffel bag included in the special edition, alongside a wearable Power Armor helmet and other collectibles. However, when Fallout fans received their packages, it soon became clear that the bags weren’t canvas as originally shown, but rather had been made of a cheaper nylon material.

Players were clearly unhappy about this, and began messaging Bethesda’s help desk hoping to find a resolution to the issue, but were shocked by the responses they received. 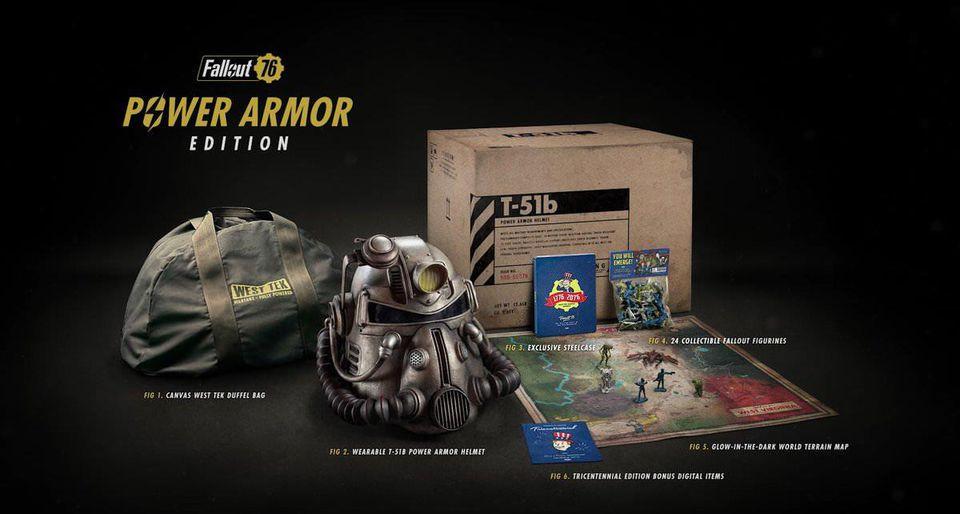 The media for the Power Armor edition states that the bag will be made of canvas.

One player with the Twitter handle AllGamesDelta received a message from Bethesda’s customer service team that stated the bag shown in media was a “prototype”, and that they weren’t “planning on doing anything about it.”

The excuse that Bethesda gave was equally frustrating for fans. Apparently, the original bag was “too expensive to make.”

"The bag shown in the media was a prototype and was too expensive to make.

We aren’t planning on doing anything about it." pic.twitter.com/Mnf0IohQda

On Wednesday, November 28, Bethesda released a tweet that stated they: “understood and respected that there is disappointment with the bag in the Power Armor edition,” and instructed fans to contact Bethesda Support with their proof of purchase, when they would be granted 500 Atoms to their in-game account.

However, this created more anger among the community, as 500 Atoms equates to just $5, while the special edition set cost $200. Many players who have ordered the Power Armor edition want refunds as the product they received isn’t the product they ordered, and they believe 500 Atoms isn’t close to being enough to make up for the problem.

We understand and respect that there is disappointment with the bag in the Power Armor Edition. We are sorry. Please contact Bethesda Support to provide proof of your CE purchase. They will assist in granting your account 500 Atoms.

This is the latest in a long line of issues that Bethesda have had to face since the release of Fallout 76, a game which has been plagued by glitches and other problems. The developers were forced to release a massive patch just days after its November 14 release in an attempt to fix the problems.

Bethesda are yet to respond to the outpouring of criticism they have received from Fallout fans over the 500 Atoms, but we’ll be sure to keep you updated as more information becomes available.