A Fallout 76 player has found a glitch that sends their character into a god-like state where they cannot die – and the player is pleading with Bethesda to put them out of their misery.

Reddit user Brogadyn took to the Fallout subreddit to explain their situation, explaining that no matter what happens, their character will not die.

“My character is currently unkillable, I mean really unkillable,” wrote Brogadyn. “She can even take a nuke blast to the face and be fine. There is literally zero ways she can die even if I wanted her to (which I very much do at this point).”

Brogadyn states that the bug appeared suddenly, and while they refrained from revealing how it happened, believes they could reproduce the state again.

The miserable Fallout player has attempted various methods of killing her character, including allowing their character to get mauled by a group of withered feral ghouls, and even went to the instant kill fissure south of Whitespring in an attempt to end their suffering.

This glitch is seriously affecting Brogadyn’s enjoyment of the game, as the player is currently unable to progress through tasks as the game seems to identify them as a player with no health, but not actually dead.

“What the heck am I supposed to do besides actually starting to make all content in the game trivial?” asked Brogadyn. “I’m really frustrated and I have no idea what I’m supposed to do. 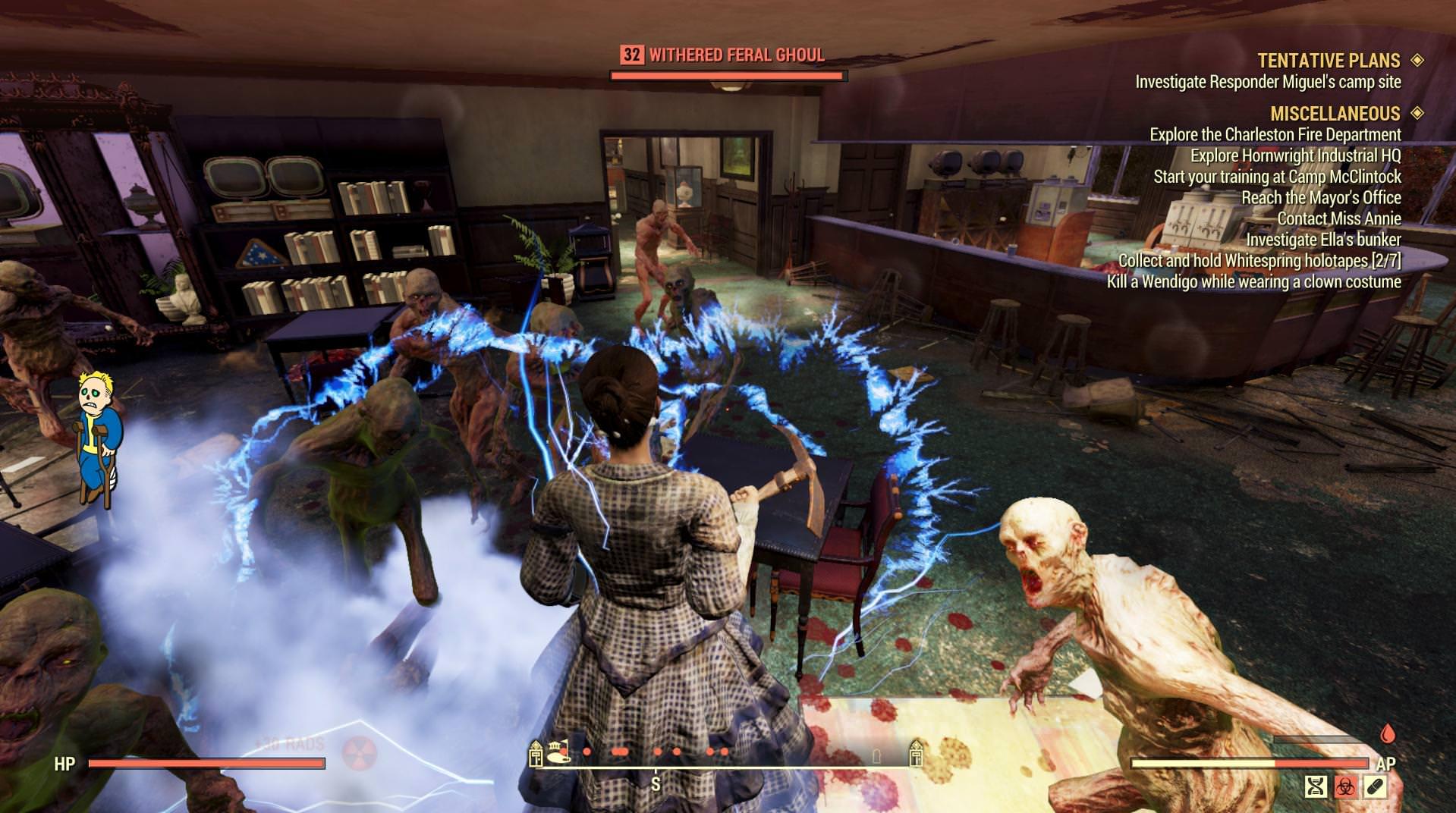 Brogadyn has tried to kill the character in numerous ways, but nothing has worked.

Brogadyn reached out to Bethesda on Friday, November 16, but failed to receive any communication back until Thursday, November 22. In response to a ticket, Bethesda told the user to check the status effects active on her character, a response that Brogadyn labelled: “a huge kick in the teeth.”

It does appear that the developer will attempt to help Brogadyn with the issue eventually, as a Bethesda employee commented on the post asking for details of the glitch and how it happened.

Fallout 76 has been plagued with issues since the game released on Wednesday, November 14. Bethesda have already released a massive patch to try and fix some of the problems, with more updates likely to come in the near future.