Hosted by Metro Esports, and presented by Auguste ‘Semmler’ Massonet and Frankie Ward, the Stockholm International Esports Awards took place in association with DreamHack at the Ericsson Globe in Stockholm and is branded as “the first esport gala in Sweden”.

On Camera Talent Of The Year – Uber 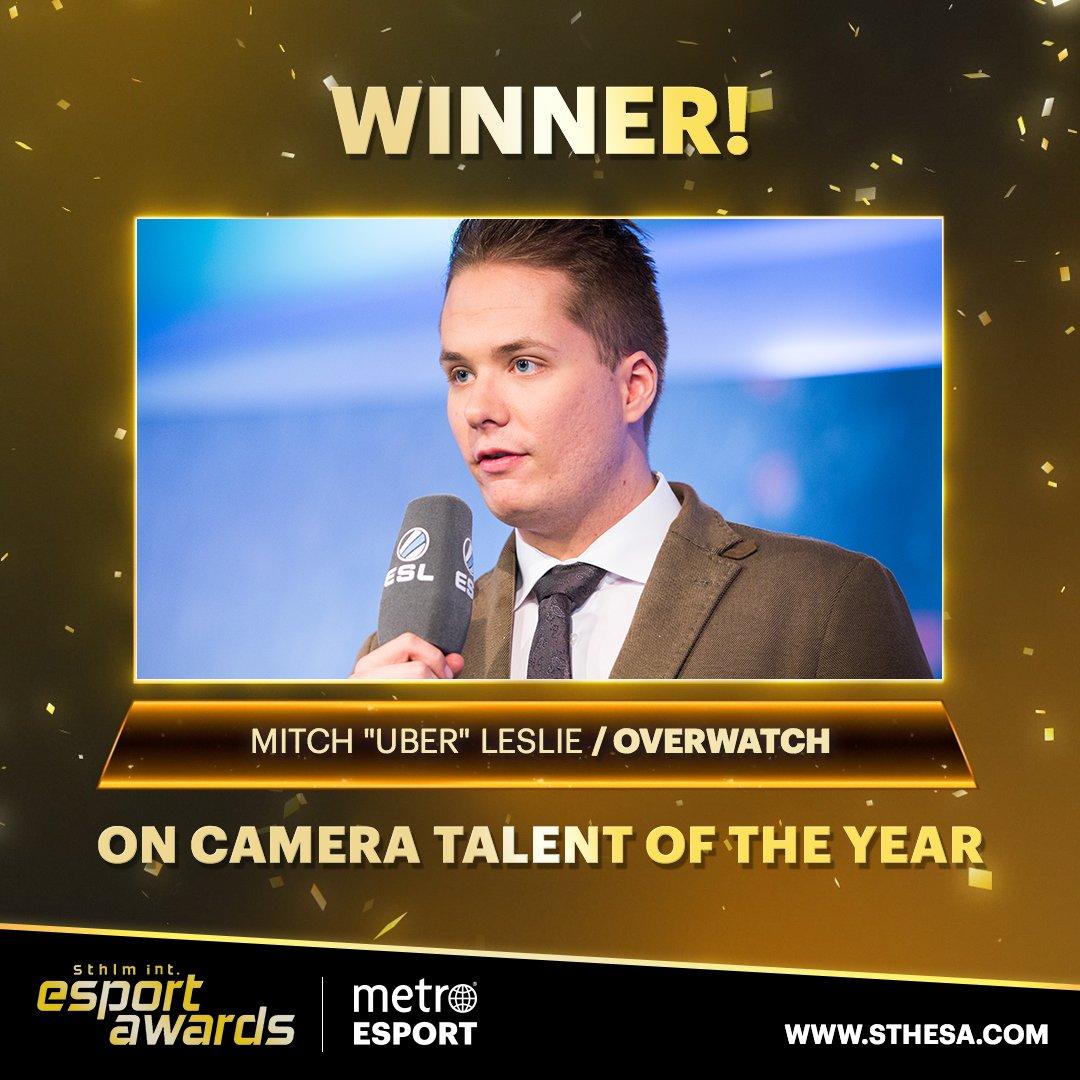 The main event started with the Overwatch League’s Australian commentator Mitch ‘Uber’ Leslie taking home gold in “On Camera Talent Of The Year”.

Tournament Of The Year – The International 2017 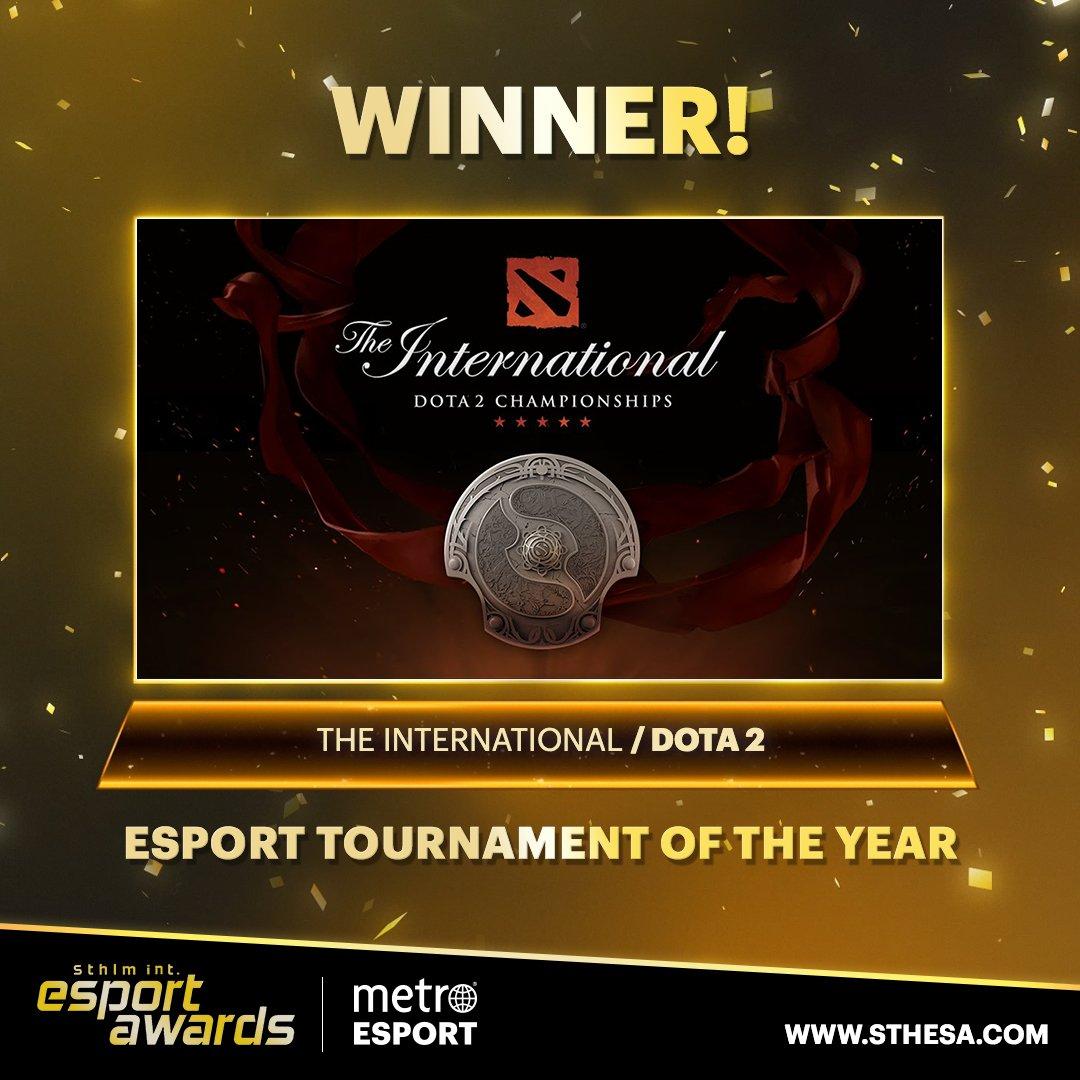 The “Tournament Of The Year” award followed shortly after, with Valve’s TI7 (The International 2017) claiming the top spot. 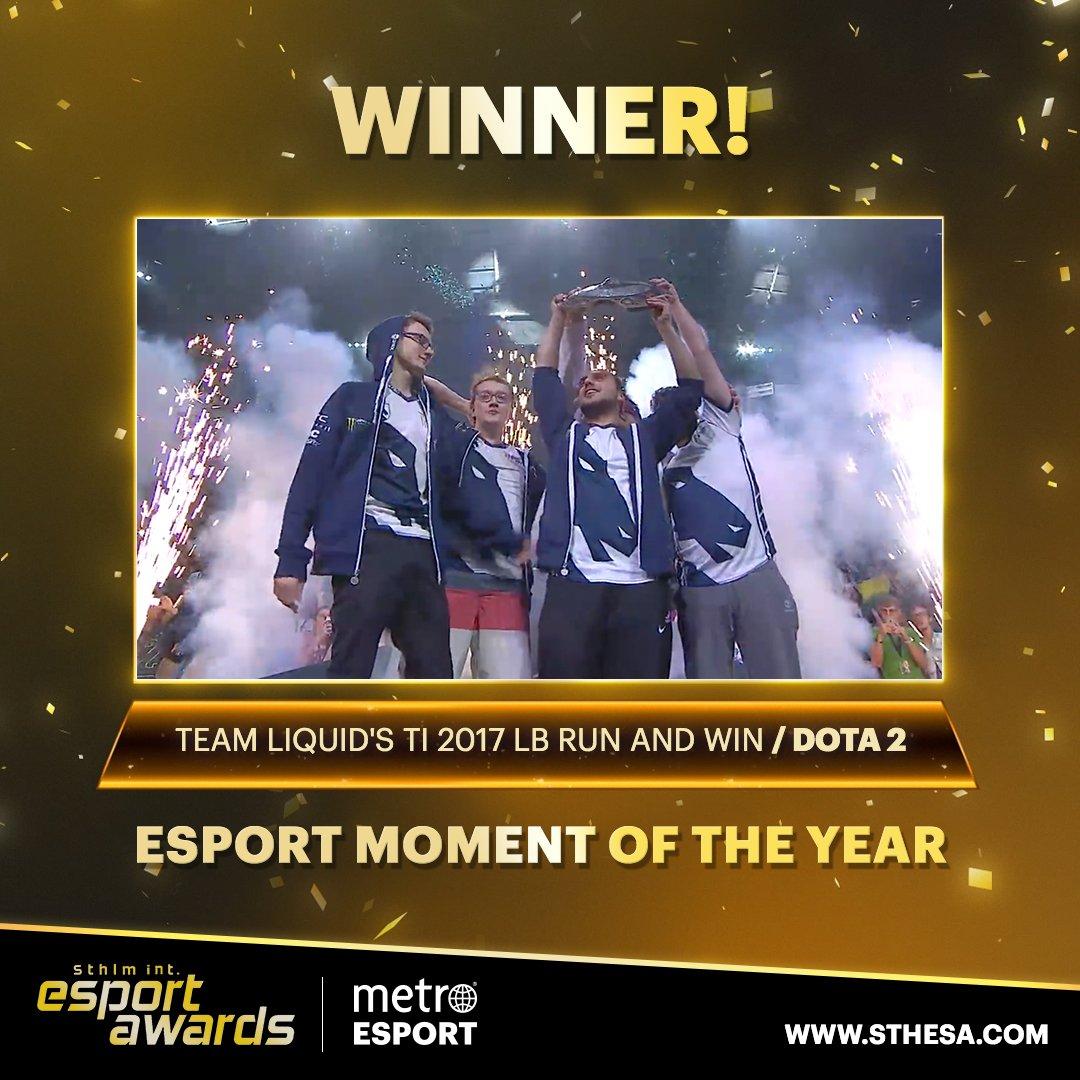 The “Moment Of The Year” award also came from TI7, as Team Liquid’s incredible run to win the tournament was given the nod.

Liquid lost in the first round of the upper bracket and had to make a sensational losers bracket run to eventually make it to the Grand Finals, where they defeated Newbee 3-0.

Breakthrough Of The Year – ropz 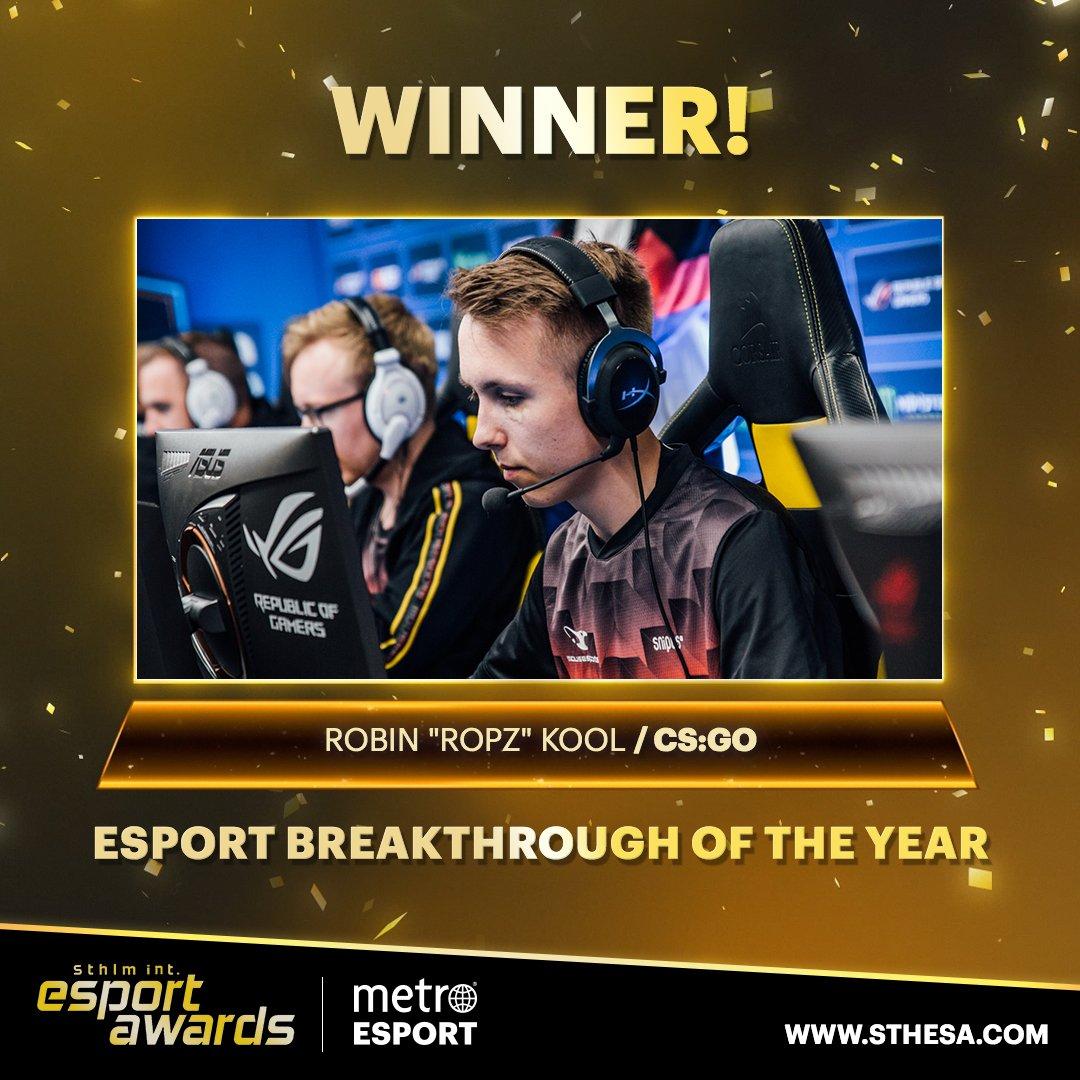 Estonian CS:GO prodigy Robin ‘ropz’ Kool was crowned “Breakthrough Of The Year”. The 18 year old has been a revelation since joining Mousesports in April of 2017, helping the international roster on its way to becoming one of the best teams on Earth.

Ropz actually traveled to the FACEIT offices to prove that he was a legit player before his professional career truly took off, as many believed he was too good to be true!

Team Of The Year – Astralis 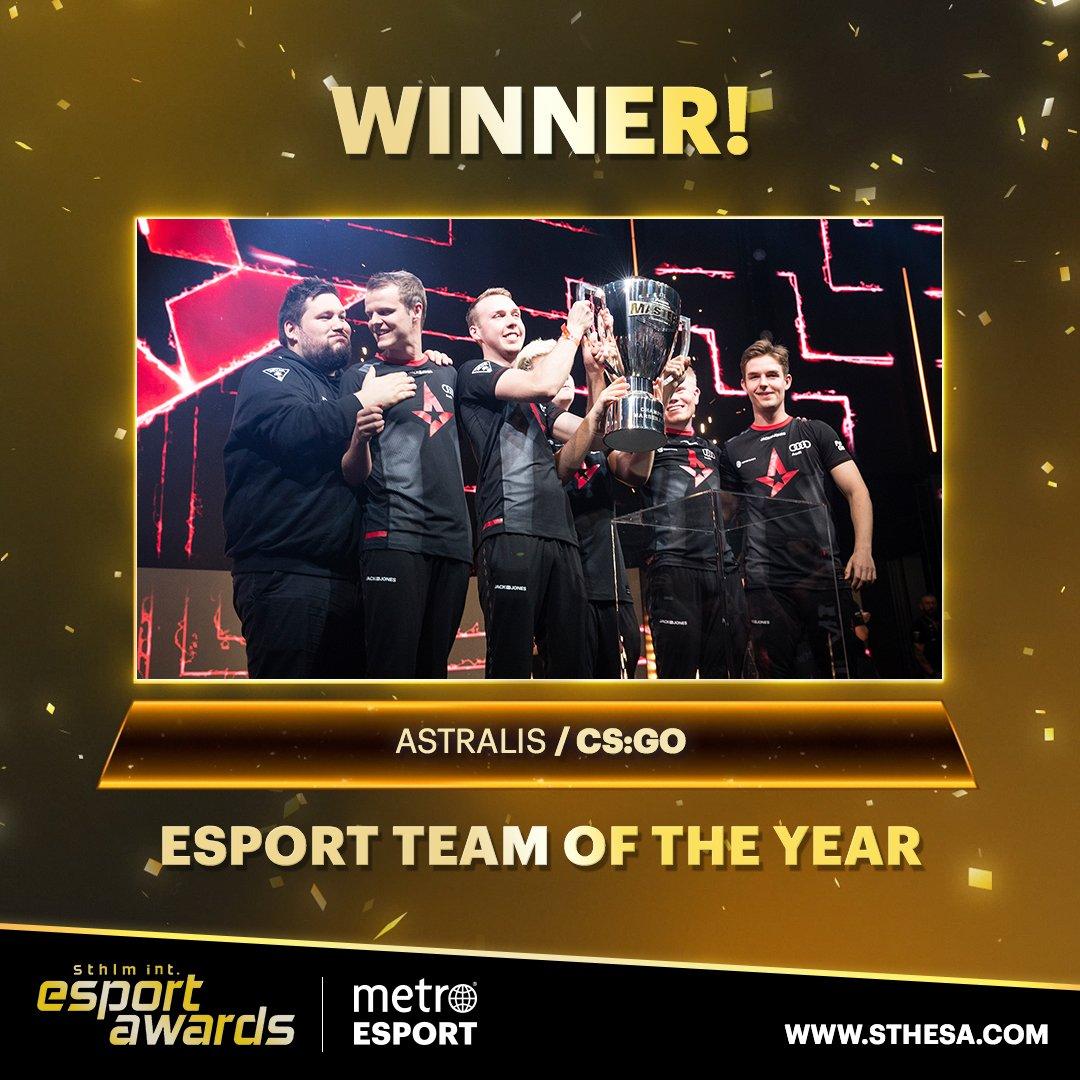 The CS:GO theme continued in the following award as Astralis took home “Team Of The Year”. The Danes have looked untouchable for much of 2018 and are widely regarded as the favorites heading into the FACEIT London Major.

A slight blip at DreamHack Masters Stockholm saw Astralis lose out to local rivals North in the Grand Final, but their status as the number one team is still far from in doubt.

Player Of The Year – s1mple 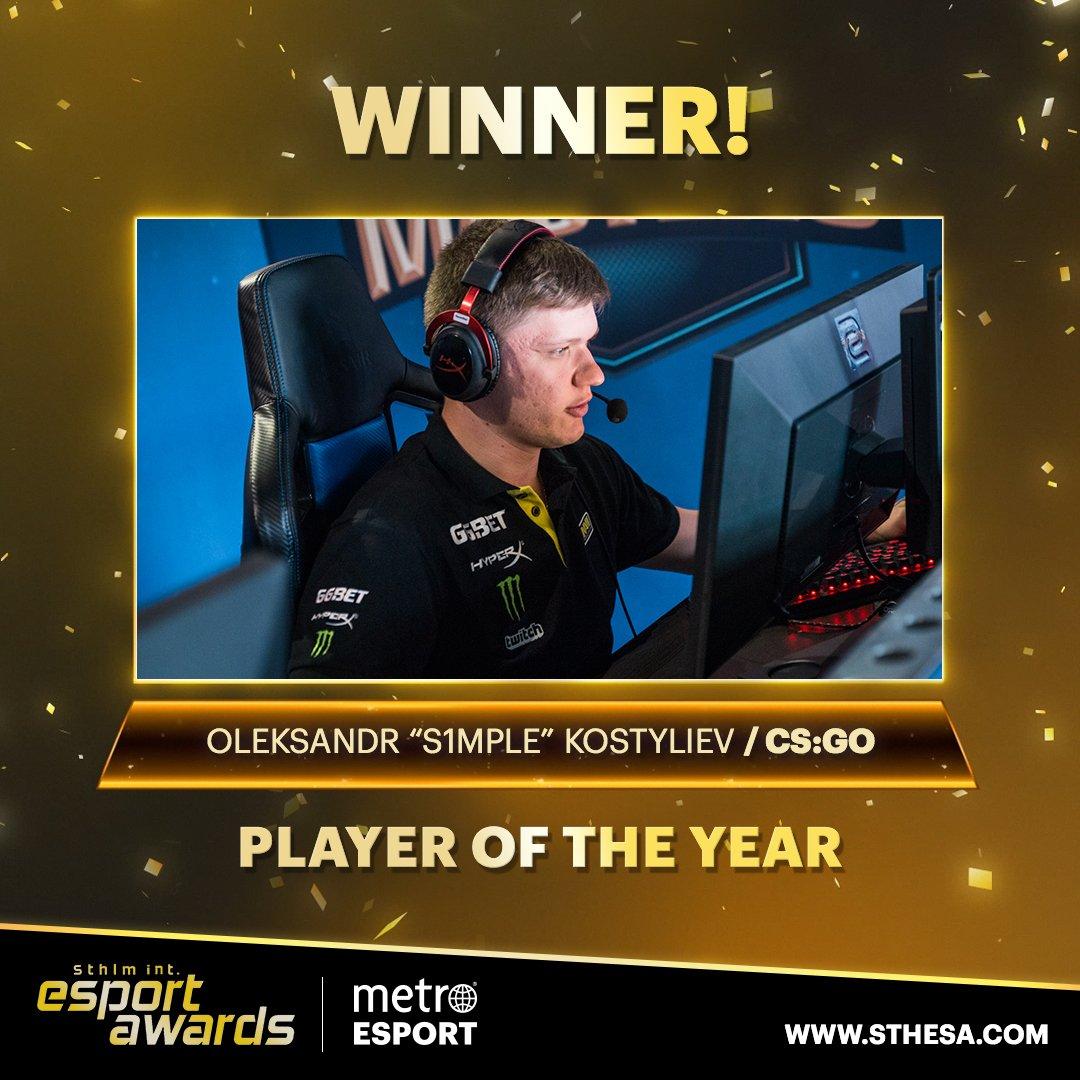 He might not have taken home as many trophies as Astralis this year, but Natus Vincere’s Oleksandr ‘s1mple’ Kostyliev has been the consensus number one player for the majority of the year, so it was no surprise when the CS:GO star was crowned “Player Of The Year”.

S1mple’s form in 2018 has been nothing short of remarkable, and he continues to defy logic by hitting shots that simply shouldn’t be possible.

Profile Of The Year – Ninja 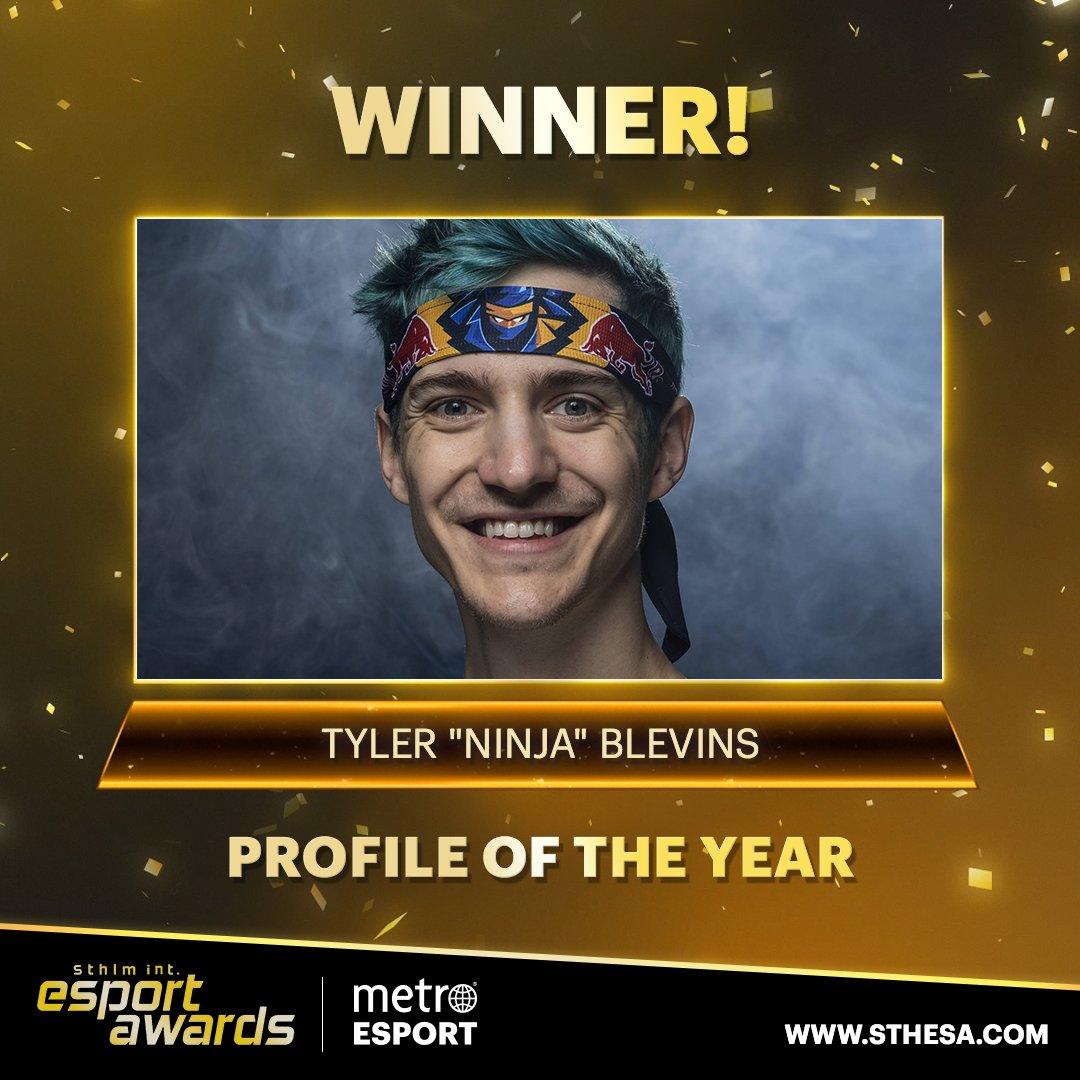 The “Profile Of The Year” award was a fan voted contest and, surprise surprise, Tyler ‘Ninja’ Blevins was the winner. The Twitch sensation and Fortnite master has easily become the biggest name in online entertainment and gaming in 2018.

The Stockholm International Esport Awards also featured some nordic-specific ceremonies for “Nordic team of the year”, “Nordic player of the year”, and “Nordic broadcaster of the year” prior to the start of the main event.

Unsurprisingly, the number one team in CS:GO, Astralis, took the title for Nordic esport team of the year, while Team Liquid’s Lasse Aukusti ‘MATUMBAMAN’ Urpalainen grabbed the reward for Nordic player of the year and the ever-popular Henrik “AdmiralBulldog” Ahnberg was chosen as Nordic broadcaster of the year.