YouTube sensation JJ ‘KSI’ Olatunji has revealed in an interview that since conquering the boxing space, he would like to test his skills in a WWE ring.

KSI vs Logan Paul 2 was arguably one of the biggest boxing events of the year, with sales that would make even the biggest names in boxing blush with envy.

KSI came out victorious and remained the YouTube Boxing champion, taking the win via split decision after going the distance with his arch-nemesis. Rumors suggest the Brit, originally from Watford, may have made upwards of $8 million from the fight, though he has remained tight-lipped about the exact figure.

KSI’s boxing efforts reached all levels of mainstream media, becoming one of the biggest boxing events in recent history.

Now, though, it seems KSI has set his sights beyond the boxing ring and may be eyeing up the bright lights of the WWE’s squared circle.

In an interview with AllHipHop, KSI was asked whether he’d ever considered jumping into WWE like how world-famous boxer Tyson Fury has done recently.

“Of course,” he said. “I’m always open to doing WWE, AEW, or whatever organization there is. I’ve been a fan for years. I used to watch Stone Cold Steve Austin, The Rock, Hulk Hogan, Sting, Mick Foley/Mankind, The Undertaker, all these guys, Triple H. I’m a fan, so it would be a dream come true to fight in the WWE.” 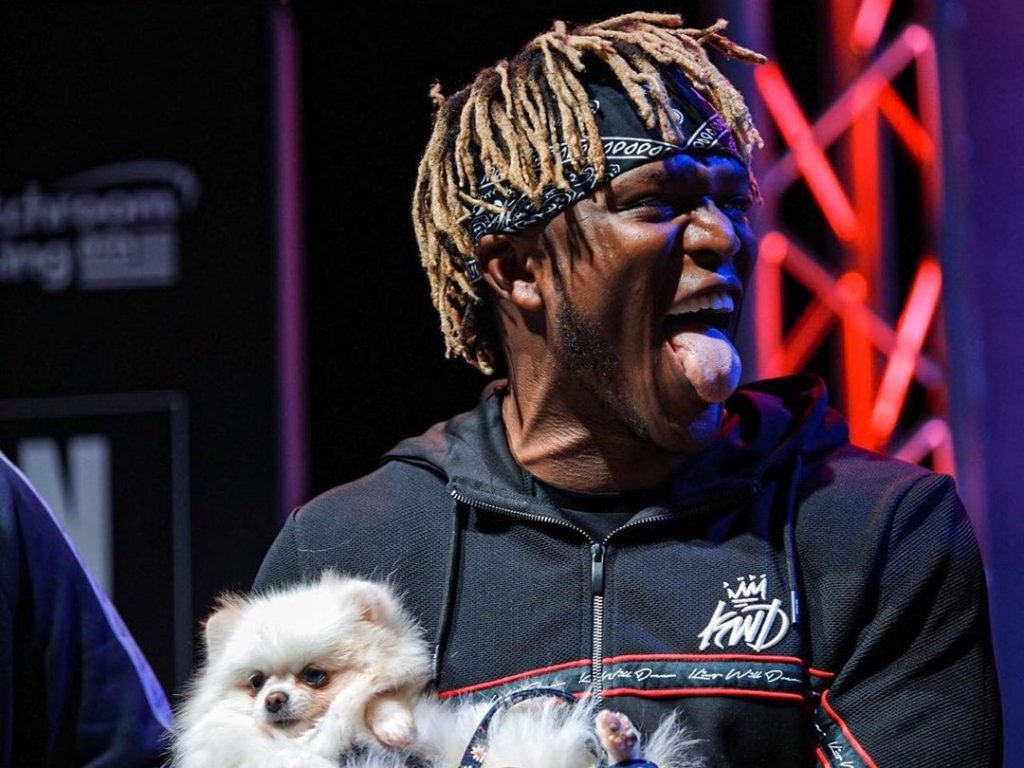 KSI once did a wrestling video with Rule’m Sports – but could his next be with WWE?

KSI is definitely a character big enough to thrive in the WWE, having taken over YouTube and the YouTube boxing space with his over-the-top shenanigans and personality. It’s the type of energy that could do well in professional wrestling.

But do we think he could really hang with the likes of The Rock, John Cena or Roman Reigns? Probably not, but knowing KSI, he wouldn’t put in a bad shift.