Popular YouTuber and makeup guru James Charles brought Birmingham to a standstill, after making a guest appearance at the city’s Bullring shopping center on January 26.

Charles held a meet and greet at the mall’s Morphe store, where a reported number of 8,000 fans crowded the center’s three-story structure to get a glimpse of the makeup mogul.

However, other numbers state that just a mere 250 fans ended up actually participating in the in-store event – which placed a few of Birmingham’s major streets in a gridlock. 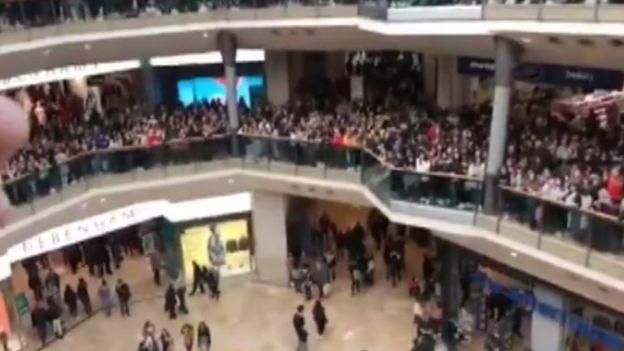 According to a report from the BBC, motorists were locked in a four-hour standstill, which lasted from three PM to seven thirty PM.

The gridlock reportedly affected Birmingham’s Suffolk Street Queensway, Navigation Street, and Hill Street, with other shoppers in the Bullring center struggling to navigate through crowded aisles and storefronts.

I can’t believe this is my life pic.twitter.com/TOvGjNsk5d

A statement from the West Midlands Police claimed that the gridlock was incited by traffic light malfunctions at the Bristol Street and The Horsefair intersection; however, a contractor by the name of ‘Amey’ argued that the lights had been in working order all day long.

Birmingham City is currently “analysing data” from the incident, in an effort to see if it can “help inform if any changes are needed to the network in future”.

Charles himself had a humorous take on the commotion, captioning the BBC’s article on the subject with a bemused, “Oops.”