Ninja came in second in most watched channels on Twitch this week, getting beaten out by World of Warcraft streamer Sco, who had almost 300,000 more viewer hours.

Sco peaked at over 150,000 individual viewers on September 19, Ninja’s peak viewers for the week came on Sunday, with more than 270,000 people tuning in to watch him play Call of Duty Black Ops 4’s new Blackout battle royale.

Sco is founder of the WoW guild Method, which is one of the best raiding guilds in the world, and his viewer spike came when the guild began to go after Ghuun, a new, previously undefeated raid boss in Battle for Azeroth, WoW’s newest expansion. 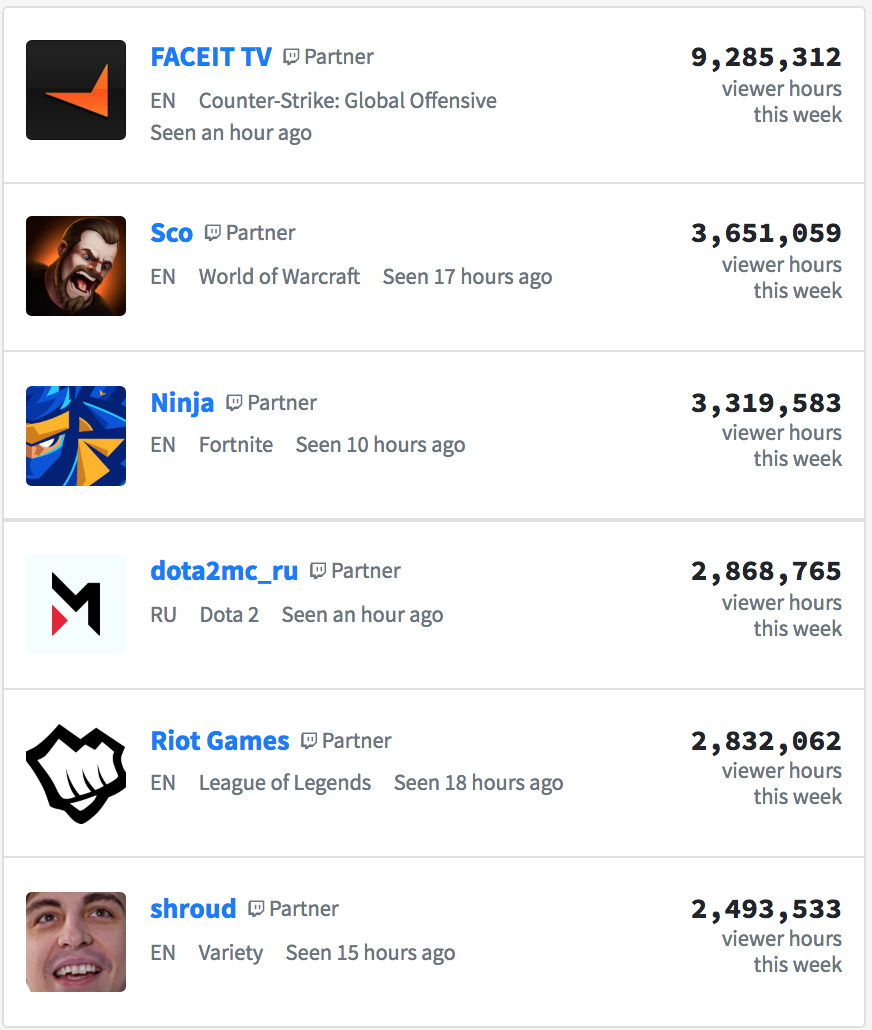 Both streamers saw consistent numbers each day they streamed this week, but Sco came out on top in the end.

The most viewed channel all week was FaceIt TV, which hosted the FaceIt CS:GO Major from London this week.

The FaceIt Major racked up more than 9 million viewer hours in the last week, more than Sco and Ninja combined.

Ninja was recently the subject of an ESPN interview that gives a look into the daily life of one of the world best known streamers.

Now that Sco and Method have defeated Ghuun and completed the raid, his viewer numbers will probably go down a bit, but being able to say that you got more Twitch viewers in a week than Ninja is something special for any streamer.