UPDATE: One PewDiePie fan hacked printers across the globe in an effort to boost his subscribers - Dexerto
Entertainment

UPDATE: One PewDiePie fan hacked printers across the globe in an effort to boost his subscribers

Yep, you read that right – one die-hard PewDiePie fan has hacked printers worldwide, asking users to subscribe to the Swede’s YouTube channel in light of his current duel with T-Series.

While Felix ‘PewDiePie’ Kjellberg has been the most subscribed channel on YouTube for years, he is now being contested by Bollywood label T-Series – and their battle is quickly coming to a head.

To combat the Bollywood menace, one computer whiz used his hacking skills to infiltrate printers across the globe, running a script that forced them to print out an elongated spiel that urged users to subscribe to PewDiePie.

“PewDiePie, the currently most subscribed to channel on YouTube, is at stake of losing his position as the number one position by an Indian company called T-Series that simply uploads videos of Bollywood trailers and campaigns,” the speech began. 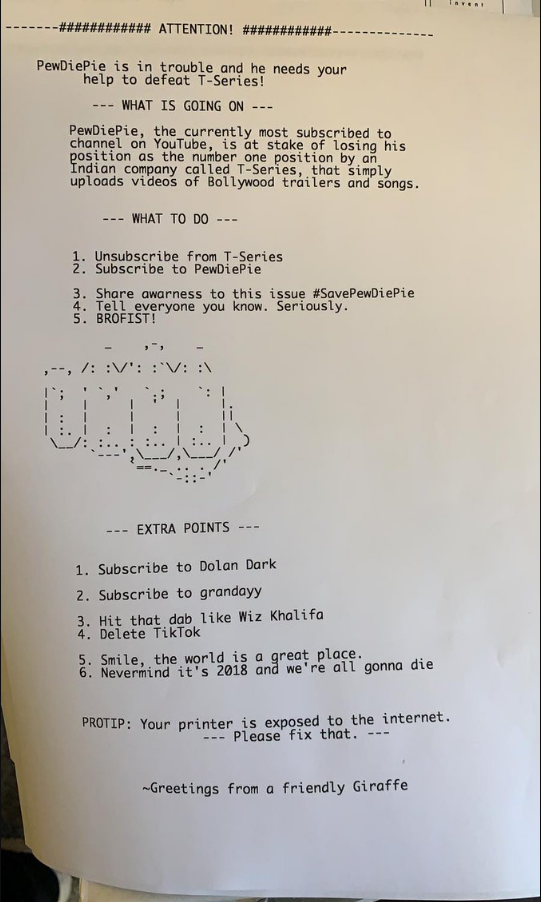 The printouts ended with an ASCII illustration of Pewd’s famous ‘brofist’ logo, after providing a ‘to-do’ list of steps to help support the channel. In a hilarious finale, the hacker even noted their victims that their printers were connected to the internet, asking them to “please fix that.”

PewDiePie has since tweeted out the Verge’s article on the subject, simply writing, “Desperate times call for desperate measures.”

The ingenious hacker isn’t the only fan to have gone above and beyond the call of duty, either.

YouTuber MrBeast bought out every billboard in his city to advertise PewDiePie’s channel, while YouTuber Justin Roberts bought a million dollar billboard in Times Square to help aid the cause.

The hacker has since come forward with a statement regarding his plan, thanks to a series of publicized Twitter DMs with Drama Alert host Daniel ‘KEEMSTAR’ Keem. The hacker, going by the name of ‘TheHackerGiraffe,’ claimed that he essentially combined “two ideas into one” by spreading awareness of device vulnerability and promoting PewDiePie’s channel simultaneously.

“Alert people to how serious this can be, and give PewDiePie some media coverage, as I’m a huge fan,” the hacker explained. “That’s all there is to it.”

T-Series is now very close to beating PewDiePie, with the YouTube ‘king’ being less than 100,000 subscribers away from an ultimate defeat. 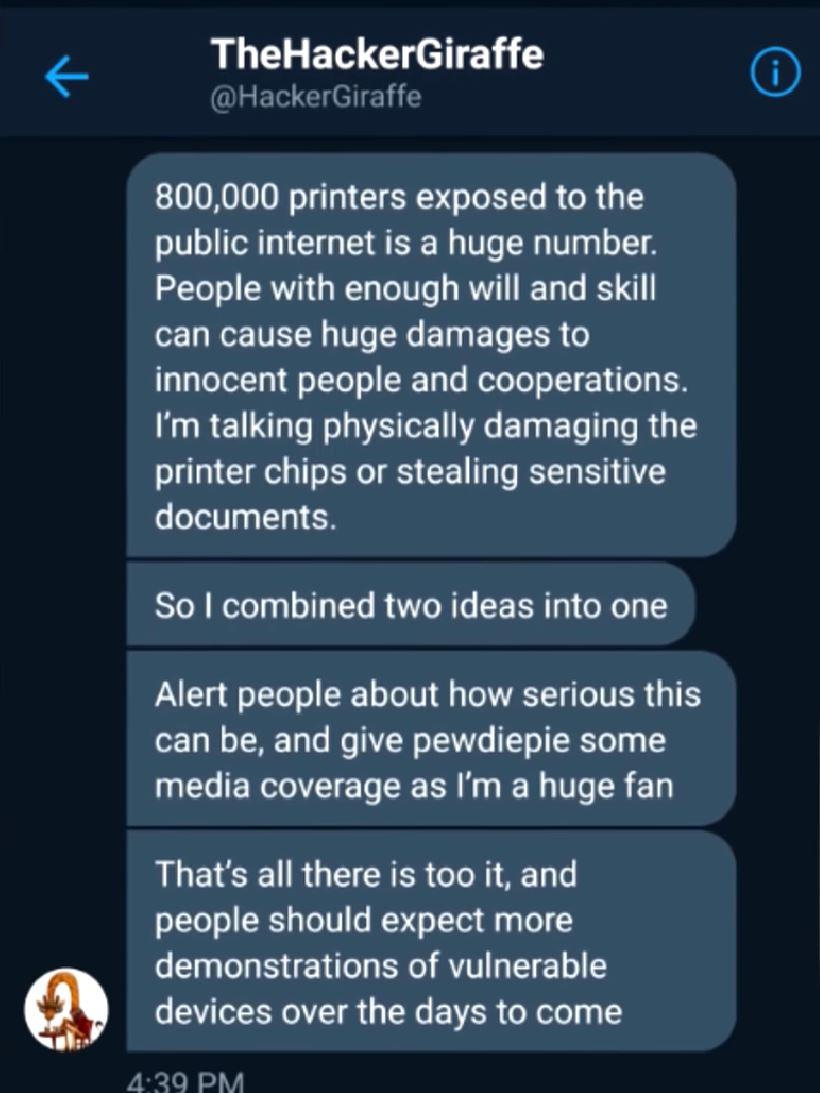