Despite being one of the most viewed streamers on the Twitch, he felt that he still had room to improve, and shared his devious plan to quickly boost his channel during his stream on October 18. 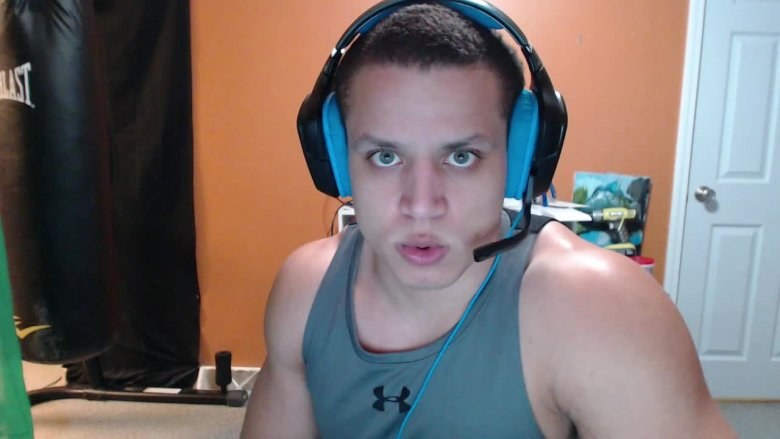 Tyler1 is one of the most popular streamers on Twitch.
[ad name=”article2″]

As he was waiting for his game to start, the League of Legends star told viewers he was going to quickly use the bathroom and “accidentally” dragged a new window onto his stream as he was standing up.

The window appeared to include an image of a console for viewbotting on Twitch, with prompts to enter a username and the number of viewers required to be botted.

As Tyler1 glanced back at the stream, realizing what he had shown, he quickly darted back to his computer and began trying to explain himself.

However, it turned out that Tyler1 ‘exposing’ himself was all part of his plan, as he had revealed moments before, explaining that the scandal of him “viewbotting” would ironically attract more viewers to his channel.

“Here’s a plan that I’ve been saving for myself, accidentally expose yourself for viewbotting so you can get on LivestreamFail (Reddit) and people will watch your stream, how does that sound?”

Unfortunately for Tyler1, the clip of him “viewbotting” has not yet garnered as much attention as he would have hoped for, which was likely due to the fact he had revealed his true intentions only minutes before.

The popular streamer appears to be doing just fine for himself regardless, as he now has over 2.6 million people following his channel on Twitch.