A Twitch-streaming mother was left speechless as she struggled to answer an awkward question from her 11-year-old daughter during a livestream.

Growing up, kids don’t understand a lot of the more adult themes that their parents or elders might talk about, and it always makes for a funny encounter when they ask something evidently out of their age range.

It’s also funny to watch parents squirm under the pressure of trying to find ways to adequately answer some questions in a child-friendly way, educating their child without giving away too much. 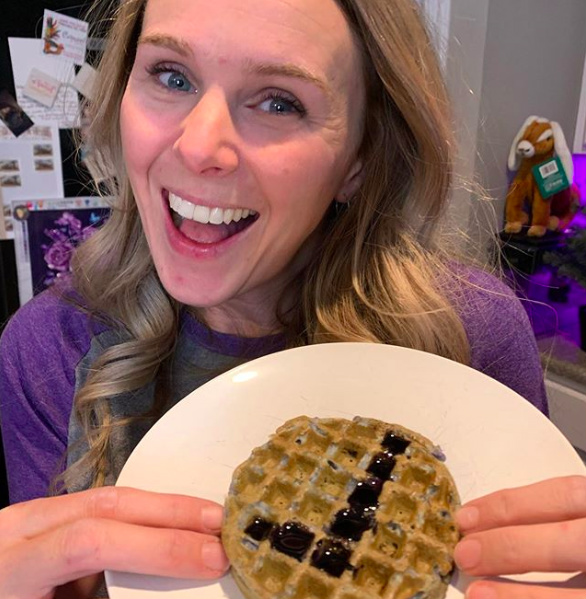 MrsRuvi is a Twitch partner with four kids and over 1000 subscribers.

That’s exactly what happened as MrsRuvi went about her usual Twitch stream, a glass of wine in hand while speaking to her chat from her kitchen. She has four kids that occasionally play a role in her stream and are happy to sit and chat with her while the camera rolls.

MrsRuvi is usually fine with this, but you can see her desire for the ground to swallow her whole as a comment in chat around movies and videos featuring adult content prompts her daughter to ask what that means while the mother desperately tried to remove the word from her chat before timing out the viewer who wrote it.

“It’s disgusting, and you should respect yourself more than to watch it,” she told her audience. “Also, she’s 11, let’s not talk about that. Make good choices so we don’t have to ban you.”

After sharing her thoughts on the matter and warning her chat not to talk about it around her 11-year-old daughter, her offspring immediately asked the dreaded question about what it was she was talking about, with MrsRuvi letting out a sigh and asking: “Did they put you up to this?” as her daughter giggled.

MrsRuvi stares at her daughter with pursed lips afterward, obviously trying to figure out the best way to handle the situation, before smiling awkwardly and asking if they can “talk about it later.”

Naturally, the chat started to make a multitude of jokes, which MrsRuvi read and seemed to enjoy in good faith, but clearly wanted to move on from the topic as quickly as possible.

Whether she had a chat with her daughter after the stream is unclear, but she did go on to reach over 1000 subscribers by the end of the December 23 stream, a seriously impressive achievement considering her somewhat niche demographic on Twitch.