A Twitch streamer hilariously predicted a TV show punchline just moments before it actually broadcasted in this showing of incredible timing.

AmericanDad, who ironically was not watching the show that is his namesake, was doing a viewing of To Catch A Cheater, a US web-series that tests people’s commitment to their partners.

Having been cracking jokes throughout, AmericanDad had a clear light bulb moment to make a joke about the scenario playing out in front of him – unaware that it was quite literally the perfect joke. 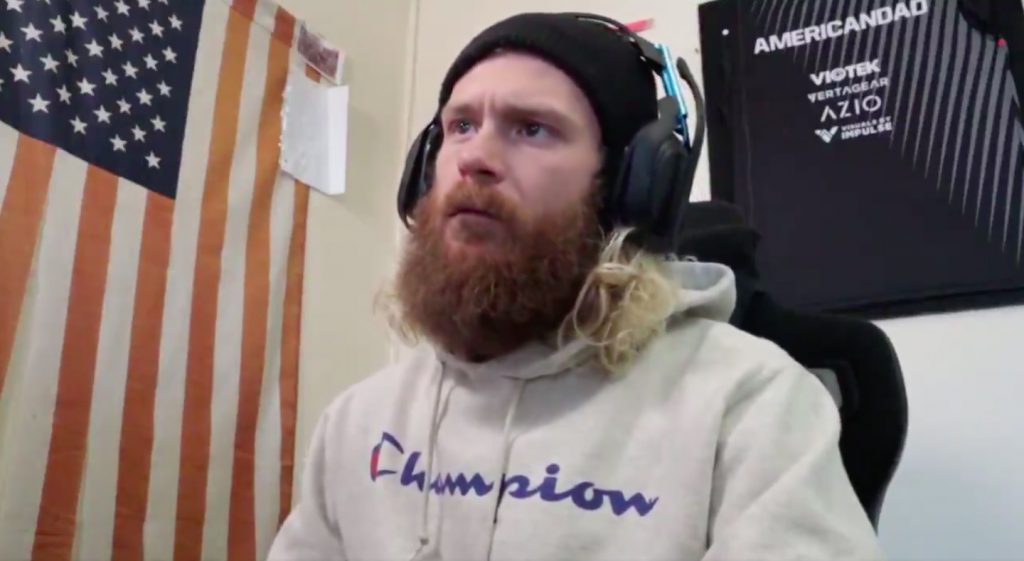 AmericanDad is a Twitch partner with around 37,000 followers

During this episode of To Catch a Cheater, a man is caught and confronted by his girlfriend at another girl’s house, the exact situation a viewer is looking for when watching the series.

Mid-argument, the narrator begins to explain what is going on in a tongue-in-cheek way, saying “Michael tries to pierce Keesha’s intelligence,” to which AD instantly responded, “like his pierced nipples.”

As you could expect, he clicked play on the video again and, lo and behold, the narrator says “like he’s pierced his nipples.”

AmericanDad clearly can’t believe how well he had hit the nail on the head, raising his hands above his head and just jumping out of his chair, reveling in the glory of his moment. After a few seconds away, he returns to his setup and excitedly says “no one does it better, chat! No one!”

He then makes another prediction, one that can’t be fulfilled as quickly as his joke. He says “I will be the number one ‘Just Chatting’ streamer in a year or two. Bet.”

It seems these types of moments always seem to occur during livestreams – incidents that seem implausible, that are so timely or lucky that you’re surprised it’s caught on camera.

But maybe AmericanDad is destined to be a top Just Chatting streamer, and this good timing and stroke of luck could be the reason behind it.