Seeing a critter or two around the place is not unusual, but for this one Twitch streamer, this “alpha” cockroach was enough to send him on a rampage.

Cockroaches are pretty ugly bugs that like to dwell in your house and show up when you least expect it. If everything is clean, you don’t really get to encounter them, but sometimes the odd one or two might pop up on your kitchen floor.

While for some people it’s as simple as spraying a bit of bug spray on it, or squashing it dead, before taking it back outside or putting it in the bin, others are scared stupid of them. They’ll give themselves a heart-stopping reaction on sight, and that’s the response one Twitch user had.

The streamer, who goes by the name of ‘Foreal’, was playing through some old school Modern Warfare 2 when he was approached by the cockroach.

His initial reaction was shock, fear, and a lot of screaming, as he looked to get rid of the bug as fast as possible.

“The roach is walking, the roach is walking – it’s still alive, what the f***,” he yelled at the top of his lungs, before posturing up to give the bug a good old left-right-goodnight. “I told you – that shit’s alpha.”

The cockroach never actually disappeared from the stream. It remained squashed near the streamer’s desk for most of his four-hour broadcast, haunting him throughout.

“Bro should I spray it with air freshener or something,” he asked his chat, looking for a way to safely extract the bug from his sanctuary. “I don’t have any Raid. My legs are shaking.”

Eventually he calmed down and played on, but his over the top reaction provided plenty of hilarious clips.

It would be surprising if the bug survived the shoe assault and air freshener barrage, but cockroaches can be hard to get rid of.

Some people are genuinely terrified of these little creatures because of how hardy they are. 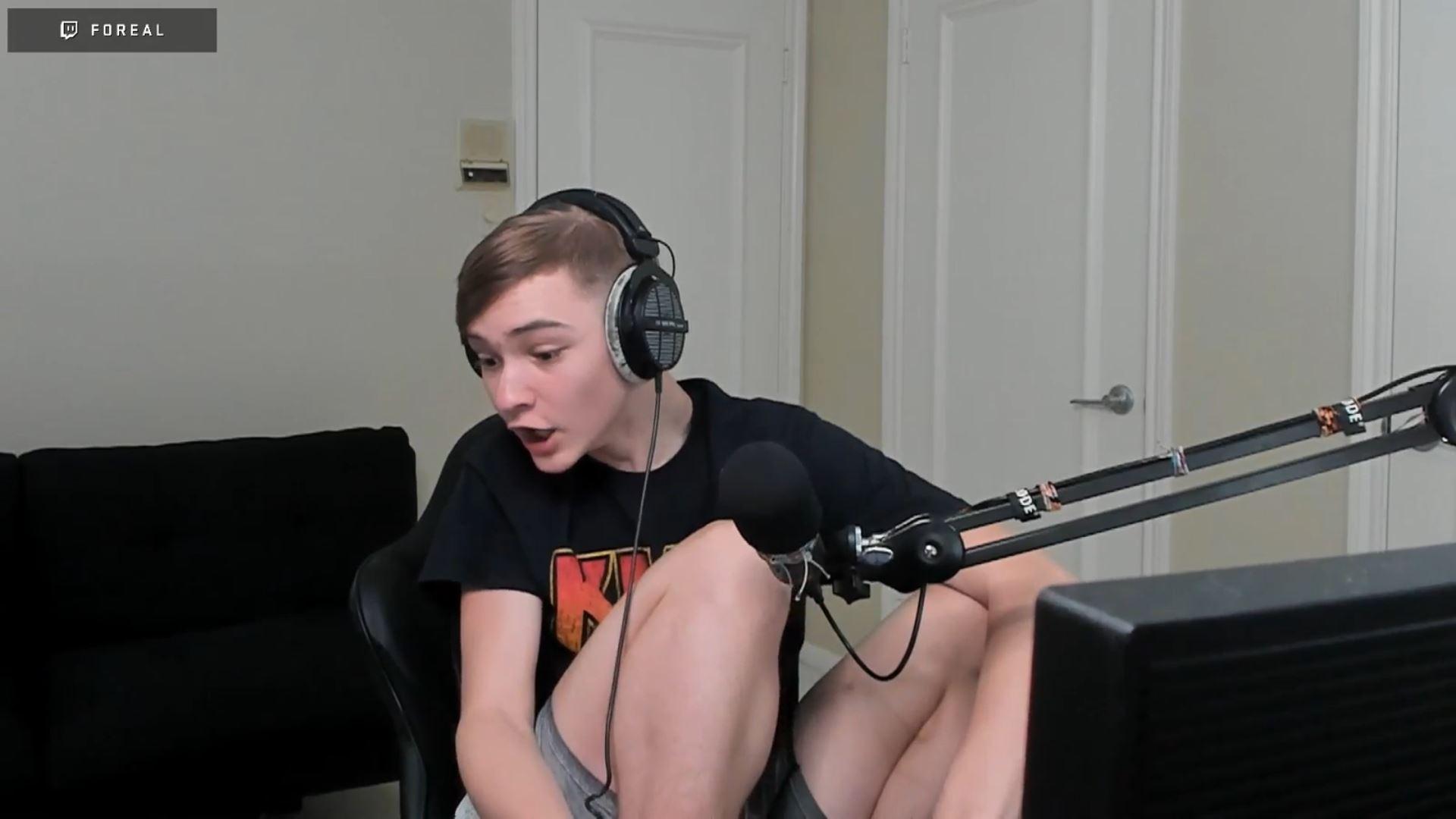 Foreal lost his mind when an “alpha” cockroach approached him on stream.
[ad name=”article5″]

However, whether the cockroach actually existed or not is yet to be determined. Foreal never ended up showing the “alpha” cockroach on stream, so it could have been a massive ploy for all we know.

One thing is certain though – Foreal is probably going to go out and buy a can of bug killer and keep it by his desk for whenever another bug decides to crawl its way near him.