A creepy fan questioned why he was banned from Djari328’s streams and it did not end well for him.

The incident started when the Twitch variety streamer retweeted DrLupo, who overturned a ban after someone wrote a 1,000 word essay on why they were wrong.

She extended the same offer to her banned fans, anyone who writes a 1,000 word apology might be able to come back.

One fan in particular wanted the opportunity to write the essay, but claimed he had no idea what he did to deserve the ban in the first place.

Unfortunately for him, Djari328 showed him exactly why he was no longer welcome and posted his offending comments for the world to see.

The comments included disrespectful and creepy remarks towards the streamer.

A few of his creepy lines also implied that he knew he could get banned, contradicting his initial claim of innocence.

I’ll get banned for this, but if you’re showing us your wardrome [ sic ] – show us underwear.

Surprisingly, the essay offer was still on the table as Djari328 replied:

So, it looks like your 1000 word essay is on how to not be a creep towards women you don’t know on the internet.

But, instead of getting to work on his essay on how to respect women, the fan blocked her on Twitter out of embarrassment.

Djari328 managed to capture the moment before getting blocked. The full interaction is posted below. 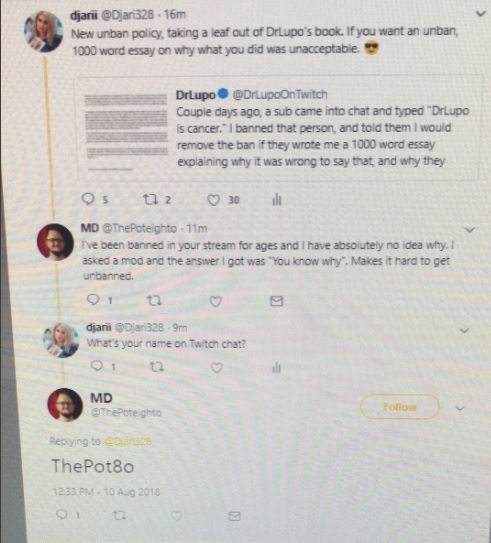 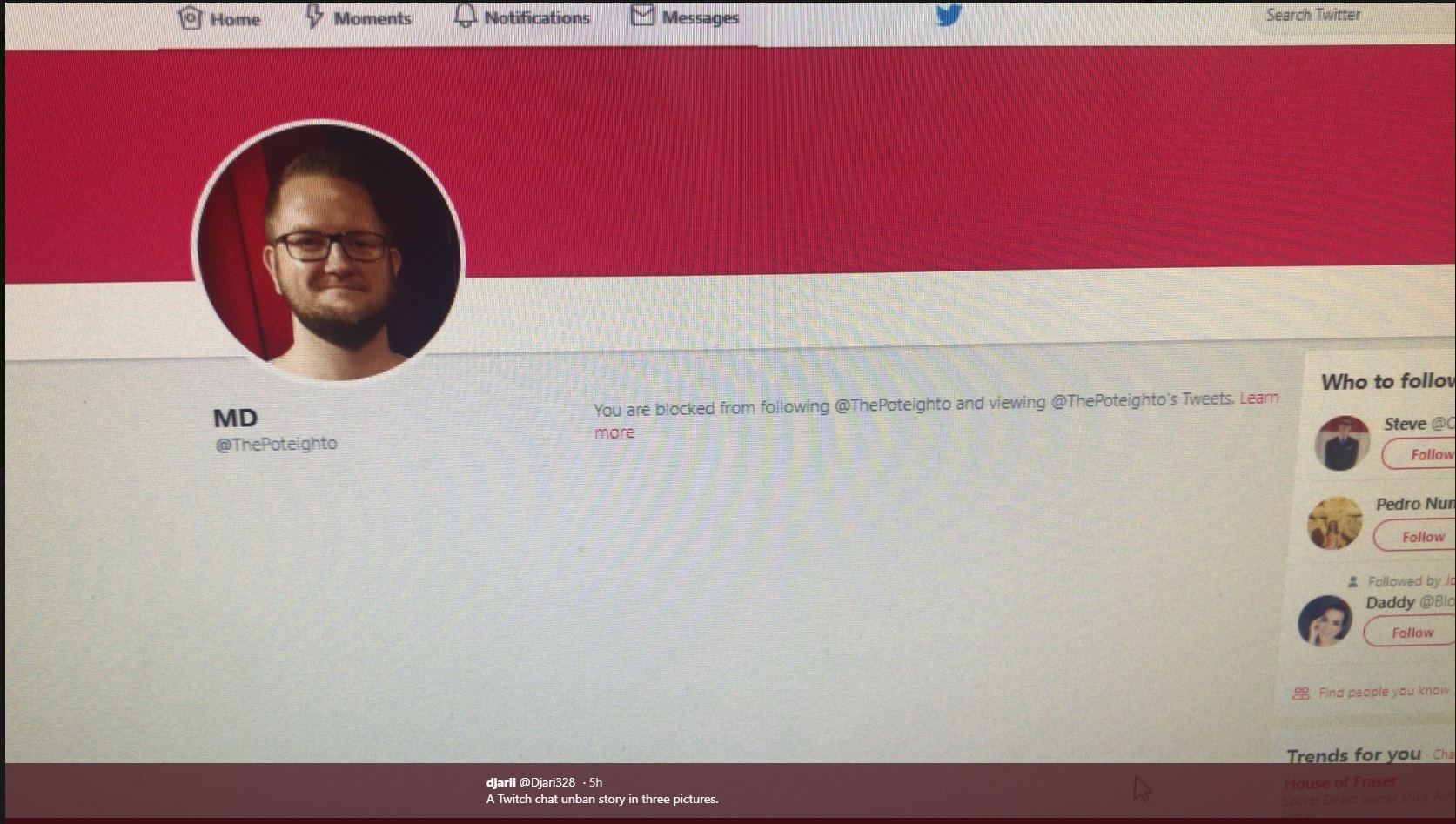