Twitch streamer disappears from internet after caught pleasuring himself during broadcast

Chalk this one up to a case of not looking before you leap.  In the disturbing, obviously not safe for work video, the shirtless entertainer appears to pleasure himself for a little over twenty seconds before realizing his stream is still on because of a follower notification.

The embarrassed pleasure-seeker looks on glass-eyed in disbelief before finally shutting it down for real.

As soon as he finished, the broadcast that is, MMD deleted his Twitch account, YouTube and Twitter, but not quick enough as a mirror link of the very inappropriate cast was uploading to r/LiveStreamFails. The clip has since been deleted from Streamable for violating their terms of service.

User Qazwet said MMD deleted his channel after he said something in chat, seemingly bringing the fact the cast was still going to his attention.

It’s likely that MMD’s channel would have been penalized by Twitch had he not deleted his account. The company has been growing ever stricter with what can and can’t be shown on air. 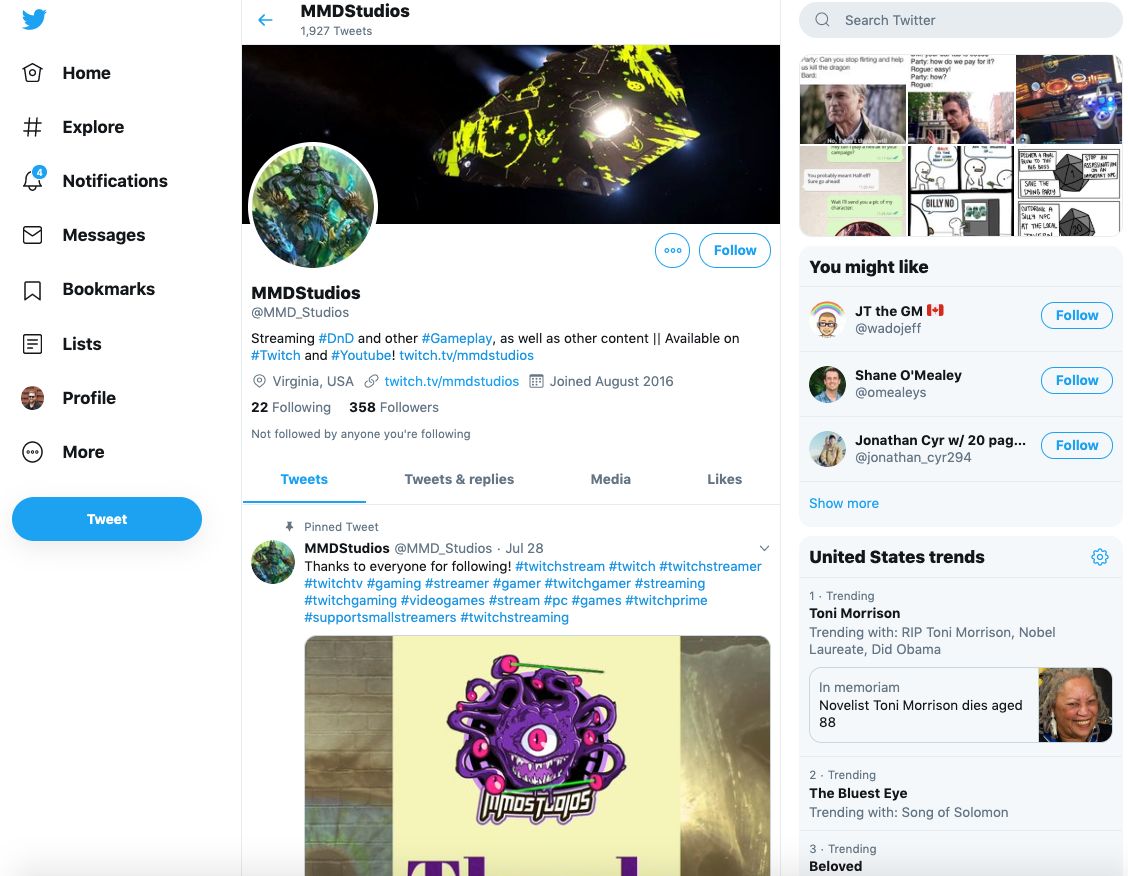 Sometimes it takes Twitch moderators some time to take action on smaller streamers without reports being filed by community members, but in this case, the story spread like wildfire. For example, in the month of June alone, there were two separate cases of streamers having sex without disabling their stream, one in South Korea.

MMD has deleted his YouTube channel too
600[ad name=”article5″]

Community moderation remains a hot topic on Twitch, especially as the platform has begun to experience growing pains, increased competition from Mixer, and somewhat slowed growth.

This should serve as a lesson to any potential broadcaster on Twitch, Mixer or YouTube: always be sure you get off before you jack off.