Popular YouTuber, Tana Mongeau, has revealed a disturbing incident where she claims a “grown man” got a bit too close for comfort and filmed her sleeping while on a flight.

Tana Mongeau is used to being under the spotlight. Having accrued a sizable following on YouTube and across various social media platforms, the 21-year-old is no stranger to fame.

However, fame can often have unwelcomed repercussions — as Mongeau detailed in a Tweet posted on December 20, where she explained an encounter with an invasive fan. 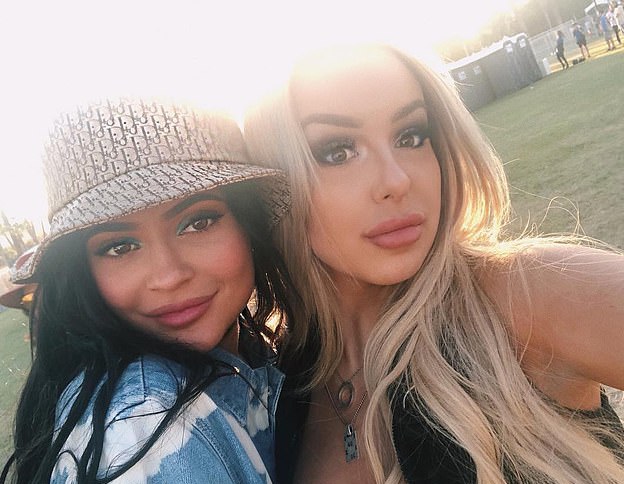 Mongeau is frequently spotted with likes of Kylie Jenner.

Fresh from her win at the Streamy Awards – where Tana controversially saw off the likes of Tyler ’Ninja’ Blevins and David Dobrik to claim Creator of the Year – Mongeau was on a flight when she woke to “grown man” standing over her and filming.

“I just woke up on a plane in the dark sleeping to a grown man standing over me recording me sleep WITH FLASH on his iPhone,” the YouTuber opened. “We made eye contact and he ran back to his seat. Fame is fun!”

i just woke up on a plane in the dark sleeping to a grown man standing over me recording me sleep WITH FLASH on his iphone. we made eye contact and he ran back to his seat. fame is fun!

Evidently the fan overstepped the line with the unsolicited behavior. Given Tana’s 1.9 million following on Twitter, the Tweet caused uproar among her loyal fans, with supporters replying in droves.

One fan replied: “That’s the definition of NOT. OK,”

That’s the definition of NOT. OK.

However, not everyone was quick to show their sympathy, with some questioning whether the incident happened altogether. “Everyone just let it happen?” one user probed; while another asked “Why wouldn’t the flight attendants stop that?”

because it probably didn’t happen. Who “runs” on an airplane? And uh hello, he has nowhere to go lol

Between tying the knot with Jake Paul and being recognized for her endeavors on YouTube, 2019 has undoubtedly been a whirlwind of a year for Mongeau.

However, despite all of her newfound fame, it should go without saying that this type of uninvited behavior is not welcomed.