YouTube influencer Tana Mongeau has revealed that her move from YouTube to Twitch hasn’t gone as smoothly as she expected in an interview during Dan Bilzerian’s house party livestream.

The 20-year old content creator has achieved tremendous success on YouTube, attracting over 3.8 subscribers to her channel, but her move over to Twitch doesn’t seem to be going as she might have expected.

During the livestream event at Bilzerian’s Beverly Hills home, which brought together a number of popular internet personalities, Mongeau took part in an interview with Ignite where she revealed her experience of moving to a new platform. 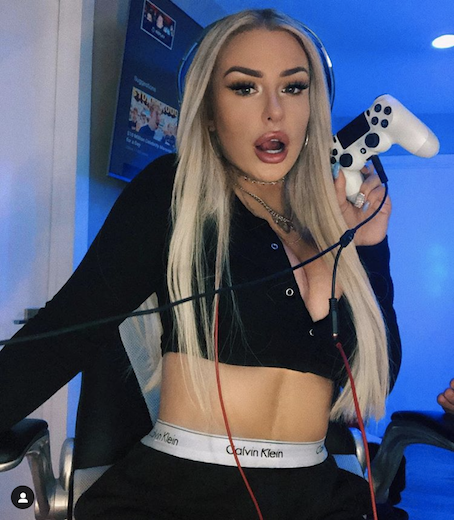 Tana Mongeau admits that she’s not a “gamer girl.”

After being described as a Twitch “mega star” at the beginning of her talk, she seemed reluctant to be called that at this stage.

“I’ve been Twitching for like the last week and I love it,” Mongeau said. “I love livestreaming, I think it’s awesome and my fans really like it.

“But, I don’t know if the Twitch community is as excited for me as I would like them to be. I’m not a gamer girl.”

Mongeau made a controversial debut on Twitch, following a recent trend of YouTubers launching streaming channels, and she hosted her first IRL livestream on February 8.

However, she’s now looking to collaborate with other streamers to improve her channel – after “failing” to adapt to the new platform. “Twitch has been very hard for me,” the influencer explained. “It makes me feel so stupid. I don’t understand it at all.”

Some of her comments during her first Twitch stream did split opinion, though.

After being asked whether or not showing cleavage would get her in trouble, she joked about the matter: “I told you guys that I’d be back with my makeup done, my hair done and my tits out.”

Her channel has just over 3,500 followers on Twitch at the time of writing, but she confirmed to Ignite that some big future projects are in the works.