YouTuber and streamer Tom ‘Syndicate’ Cassell revealed why he was stopped by the police while test driving a new Mercedes AMG-GT R.

Syndicate has built a massive following on YouTube with almost 10 million subscribers on his main channel. Fans know him best for his popular series in Minecraft and Call of Duty Zombies.

The British content creator is also known for his entertaining daily Vlog series on his ‘Life of Tom’ channel. In his January 11 upload, he had a brush with the law as he was pulled over by the police. 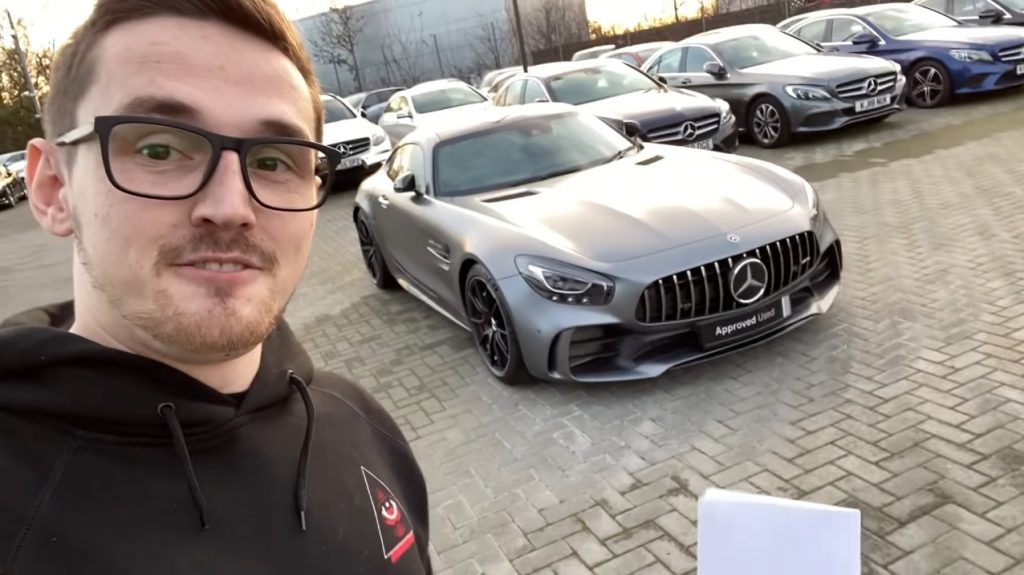 Syndicate explained that he was going to test drive a brand new Mercedes AMG-GT R during his video, but, things didn’t go quite to plan.

After getting to the dealership and highlighting some aspects of the expensive sports car, he set out on the road but was stopped by the police only minutes later.

“Well, ladies and gentlemen, we have indeed been pulled over by the police,” he explained, recording the police car through his rear-view mirror.

Topic starts at 5:09 for mobile users.

After watching the car dealer and the police officer talk for a couple of minutes, fortunately for Syndicate, he was able to finish off the rest of his test drive without any further problems.

The YouTuber later explained that there was a lot more to his test drive then what was caught on camera. “There was an undercover cop next to us,” he added, “there was some sort of armed robbery going on in the town we went past and then we got pulled over by police.”

When they had finished the test drive, Syndicate expressed that although he was a big fan of the car, he was unsure if he willing to commit to one as the waiting list for the new model could take him up to a year and a half to get one for himself.