Twitch streamer Lisa ‘STPeach’ Vannatta had enough with one of her viewers and finally confronted them after a year of threats.

Being a Twitch streamer might seem like it’s a cool job to a lot of people but there’s a lot of stress that has to be dealt with behind the scenes.

In some cases, like STPeach’s, that stress has to be dealt with in the open as she did with a viewer she claims has threatened to kill her and her family.

Peach says these threats have been ongoing for a year now, and she explained all the viewer had to do is leave her alone and there wouldn’t have been any problem.

She confronted them in her Twitch chat in a series of messages for all of her viewers to see, exposing all of the things that had allegedly been said to her. These messages were captured in a collection of imgur messages. 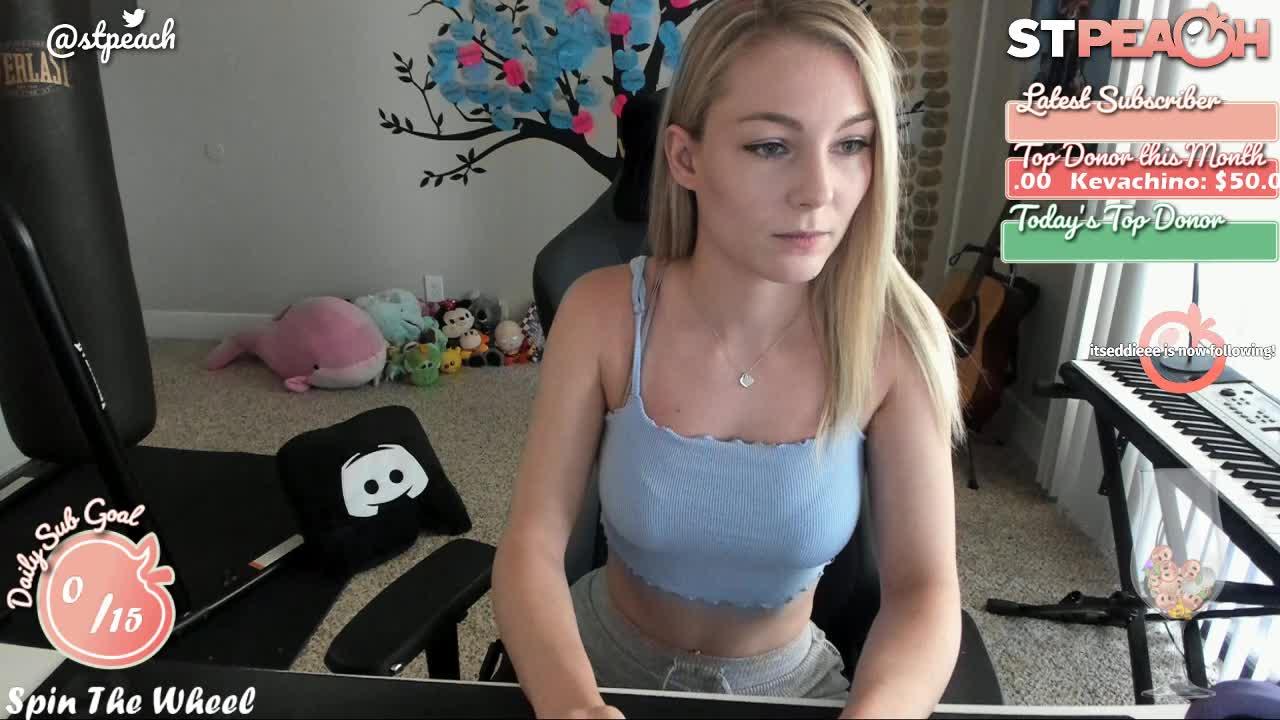 STPeach is a popular streamer who has had enough with one of her viewers.
[ad name=”article3″]

“You’ve (threatened my family), leaked my info, just leave me alone,” she said in her chat.

The user she was speaking to, jacknbaking, tried to apologize, but Peach wasn’t having any of it.

“Sorry I’m this monster, it really sucks I’m unable to do action instead of saying things,” they said.

STPeach explained this person has allegedly been stalking her for over a year and has even threatened to rape her, and kill her and her family.

“Just leave me alone,” she said. “Holy shit. This guy’s been stalking me for over a year, he threatened to rape me and threatened to kill me and my family.”

You can read all of the messages sent between the two in the images below.

After stalking STPeach for a year and having a restriction order in place, user tries to guilt trip her with his father suicide

STPeach has gone through problems with people on her stream in the past, including her manager who lied about his age and ended up getting her Twitter and YouTube accounts suspended for a short amount of time back in 2018.

Toxic viewers are nothing new but some select few do find ways to go too far. Perhaps by confronting the viewer, Peach will be able to put this behind her once and for all.