Tim ‘Shmee150’ Burton has plenty of beasts to choose from in his garage, but one of them won’t be seeing the road for a while, with the YouTuber explaining why he’s not driving his McLaren 675LT Spider in a recent video.

Shmee150’s car collection is the envy of motoring enthusiasts around the world. The UK YouTuber has plenty of motors sitting in his garage, including an Aston Martin Vantage GT8, a Mercedes AMG GTR Pro, and a Ford GT.

While he takes pleasure in taking them out for a spin, there’s one car that will be staying inside the garage for a while — his McLaren 675LT Spider.

Shmee took possession of his McLaren 675GT Spider back in 2016.

The YouTuber mentioned in a December 31 video there were some problems with the car in its routine service back in mid-2019 that have kept it off the road.

“I took delivery of this car back in July 2016, that means it’s now about three-and-a-half years old,” he said. “At three years it went back to McLaren to have a full service, an MOT [test], to have a full complete checkover, to extend the warranty, and unfortunately a few little niggles were found.”

Most of them were cosmetic, with some damage to the paintwork on the front wings and the bonnet. The panels had “a small bit of rust” on them, which took quite the process to fix up.

For mobile readers, the related segment starts at 6:21

“They had to take them all apart, get them repainted, assemble them, and then take them back to Topaz to have them re-PPF’d (paint protection film). It’s been quite a long process.”

He mentioned that, while not “particularly impressed” with the defects, that wasn’t the reason it was sitting at home. There’s a much more severe fault on his hands, one that could risk his life.

“At the moment, the airbags are not connected because unfortunately, in transport back to me, the battery died,” he said. “Because the battery died, the electronics all disconnected, and as a result, it means I’d be driving without airbags.

“It’s not a particularly hard thing to fix, it just needs a computer plugged in to reset them, but it does mean that I’m not going to drive a car like this without airbags on.” 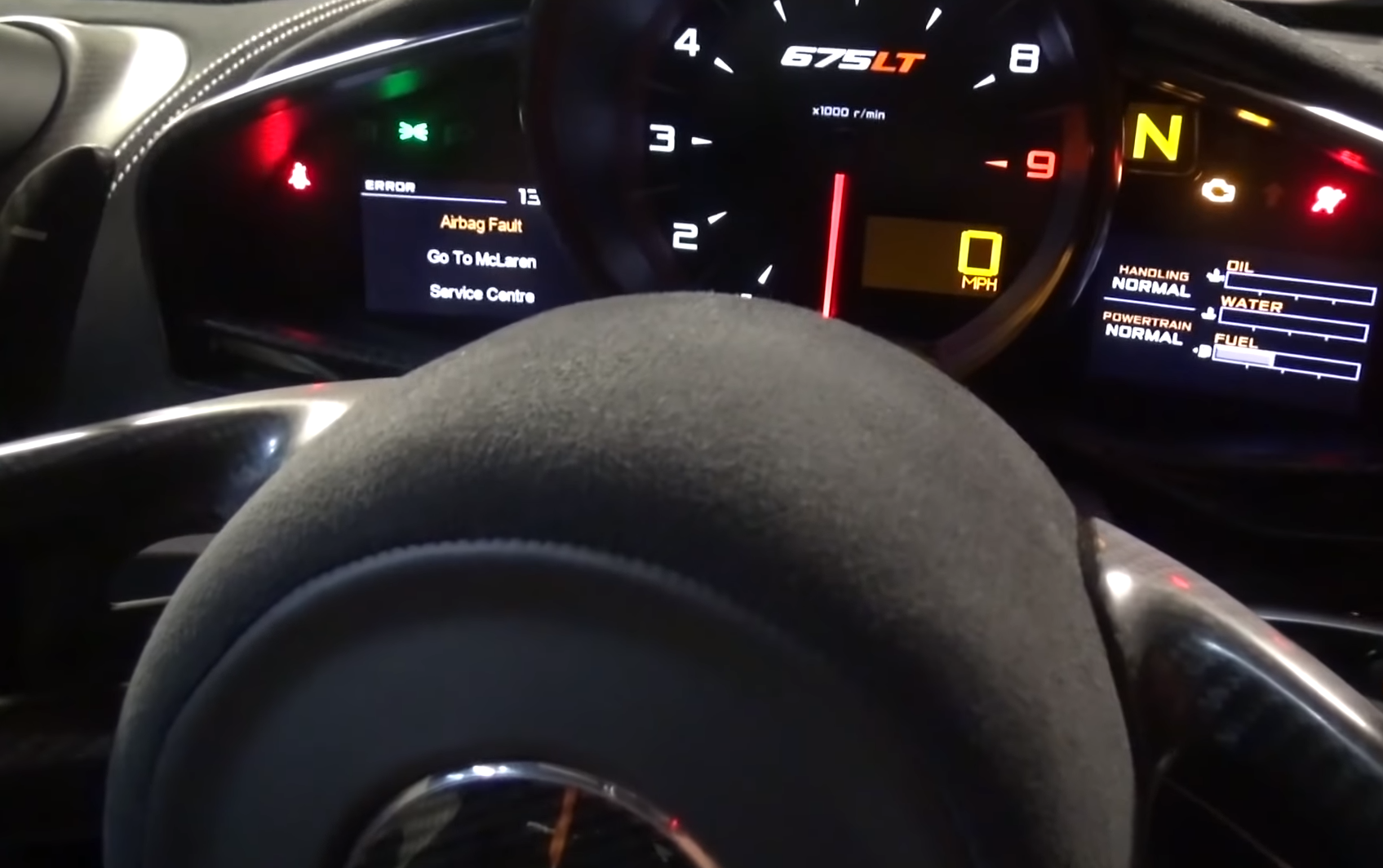 While there’s no actual issue with the airbags themselves, they won’t deploy in an accident, says Shmee.

The broken airbags, coupled with poor weather conditions around where he lives, has forced Shmee to shelve the $400,000 beast for now. He did show off its roaring engine though, starting it up in his garage to show that it still runs perfectly fine.

With another trip back to the dealer expected for his McLaren, it might still be a few months yet before we see Shmee back out on the road with one of his favorite prized possessions.