LENivayaAya is an up-and-coming IRL [In-Real-Life] Twitch streamer focused around dancing and chatting with her viewers.

Like many streamers, she accepts donations from viewers and displays a goal on her stream – which in her case is for a PC upgrade to increase the broadcast quality. One viewer put up a huge donation to help her reach her goal, leaving her absolutely speechless. 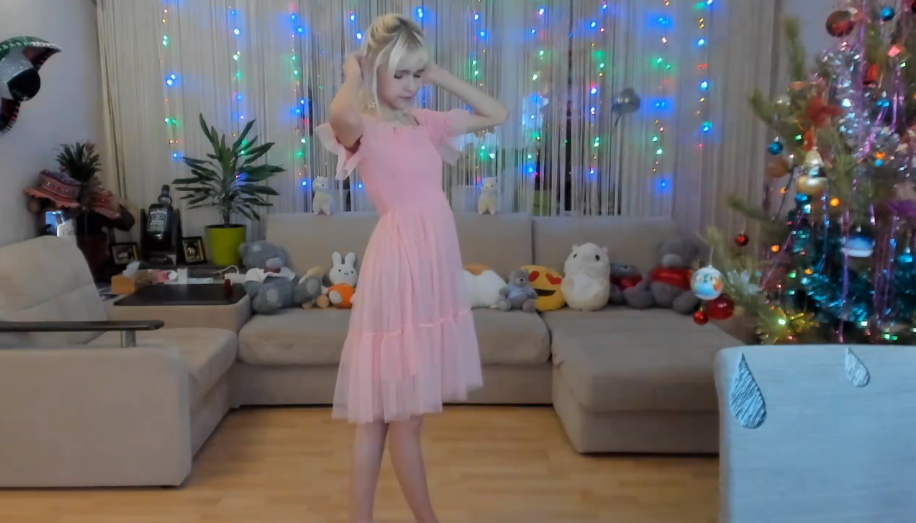 LENivayaAya is a Twitch streamer that’s gaining popularity for her dancing content.

Sonya had just finished a song and sat back down at her computer when the huge $1000 donation came in, and unsurprisingly, she couldn’t believe her eyes when she saw the generous gift from one of her viewers appear on her screen.

The Russian streamer paused her music and stared at the screen in disbelief, unable to think of anything to say as her donation goal filled up by over 60% in just seconds. After a short while, she finally spoke, simply repeating “what?” while staring at the screen, seemingly confused by the donation she had just receieved, perhaps wondering if it was real or if she was dreaming. Meanwhile, her viewers were just as shocked, spamming PogChamps and other emotes, as well as “1000$???” for quite some time.

She finally added: “Thank you very much” after another brief break to take in what had just happened, clearly incredibly grateful for the large donation.

Huge donations like this are fairly rare to come by, it is a lot of money after all, but always show just how much they mean to the streamer and the generosity of the community.

LENivayaAya probably would have had to stream for several weeks to reach her goal, but thanks to just one viewer will be able to improve the quality of her stream much earlier than expected, improving the viewing experience for everyone – something which her regular audience members will surely be excited to see.