YouTube king Felix “PewDiePie” Kjellberg is the most-subscribed content creator on the platform – but his fame seems to have put him at risk, as a thief has allegedly broken into his home and stolen priceless valuables.

Kjellberg’s wife, Marzia Kjellberg, uploaded a photo to her Instagram story revealing that a thief had burglarized their home, stealing much of her valuables including jewelry and collectable items.

According to Marzia, “90%” of her “valuable” things were pilfered, which she has been collecting throughout the years – leading to an emotional response from the former YouTuber. 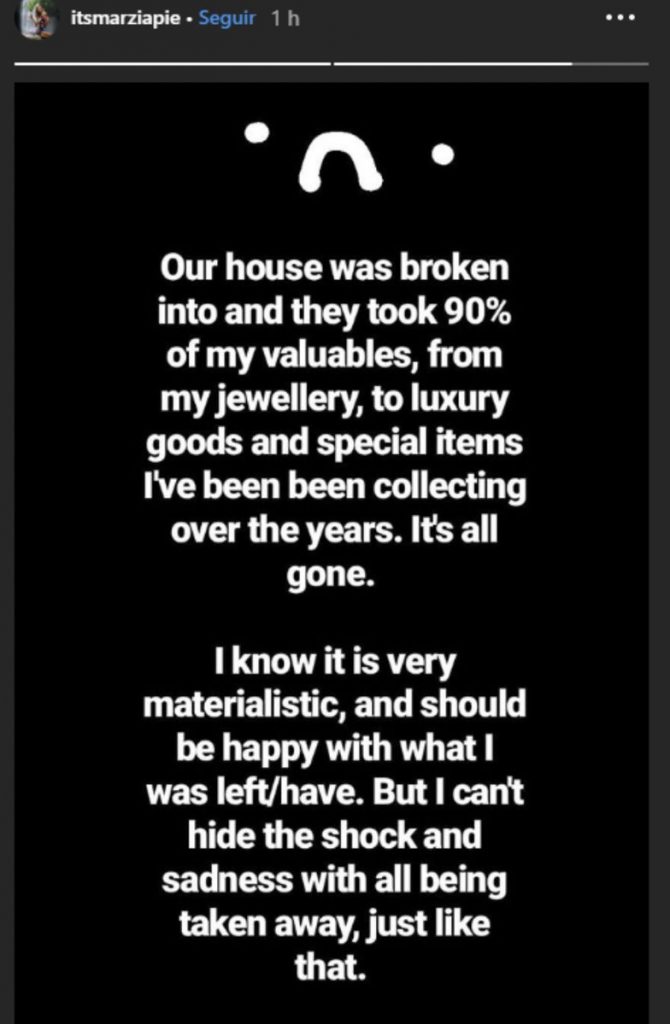 Marzia Kjellberg wrote on Instagram that her home had been burglarized and much of her valuables allegedly stolen.

“I know it is very materialistic, and [I] should be happy with what I was left/have,” she wrote of the burglary. “But I can’t hide the shock and sadness with [it] all being taken away, just like that.”

Although PewDiePie has yet to speak out on the theft and confirm if any of his own items were also stolen, fans across the net are sending their sympathies to the couple in wake of such a tragic event that has likely left them shell-shocked.

“I hope he/she gets found, arrested, and publicly shamed,” one fan wrote of the issue.

“It’s sad she felt like she had to almost apologize for being upset she was robbed,” another commented. “I hope they find out the pos who did it.”

it’s sad she felt like she had to almost apologize for being upset she was robbed. I hope they find out the pos who did it.

While such a burglary hasn’t happened to the duo before, this wouldn’t be the first time that the Kjellbergs have spoken out about maintaining their personal privacy.

Although it’s unclear who burglarized their home or what their motive was for doing so, PewDiePie’s home has been discovered by overeager fans multiple times in the past, leading him to post videos begging his fanbase to leave him alone.

The couple were even bombarded by fans during a late-night food run to McDonald’s, leaving them morally torn when they’d merely hoped for a quick meal rather than a photoshoot with their fanbase.

Information is still pending regarding the apparent burglary of the Kjellbergs’ home as of writing this article – but their fans remain supportive of them, no matter the case.