PewDiePie was previously estimated to hit 70 million subscribers on December 11, but has beaten that projection by a month, as he hits the massive milestone ahead of T-Series.

PewDiePie, real name Felix Kjelberg has been the number one independent channel on the video sharing website for over six years, but earlier in 2018 people began to notice an Indian channel called ‘T-Series’ was creeping up on him.

The Indian channel, a record label and production company, was pumping out professional quality videos multiple times daily, and with India’s population and internet presence, was growing rapidly.

In fact, the channel was gaining subscribers so fast that some even suggested that new YouTube accounts made in India were being automatically subscribed to T-Series.

Regardless, PewDiePie began an all out war in what would likely be a vain attempt to retain the top spot, but so far, it has been working out for him.

PewDiePie shared the news of his groundbreaking milestone on Twitter, stating his next goal is to hit the big 100 million.

Social Blade, a stat tracking website for the internet’s biggest stars, predicted on November 1, that PewDiePie would hit 70 million subscribers by December 11, while T-Series was expected to hit the same figure on November 14. 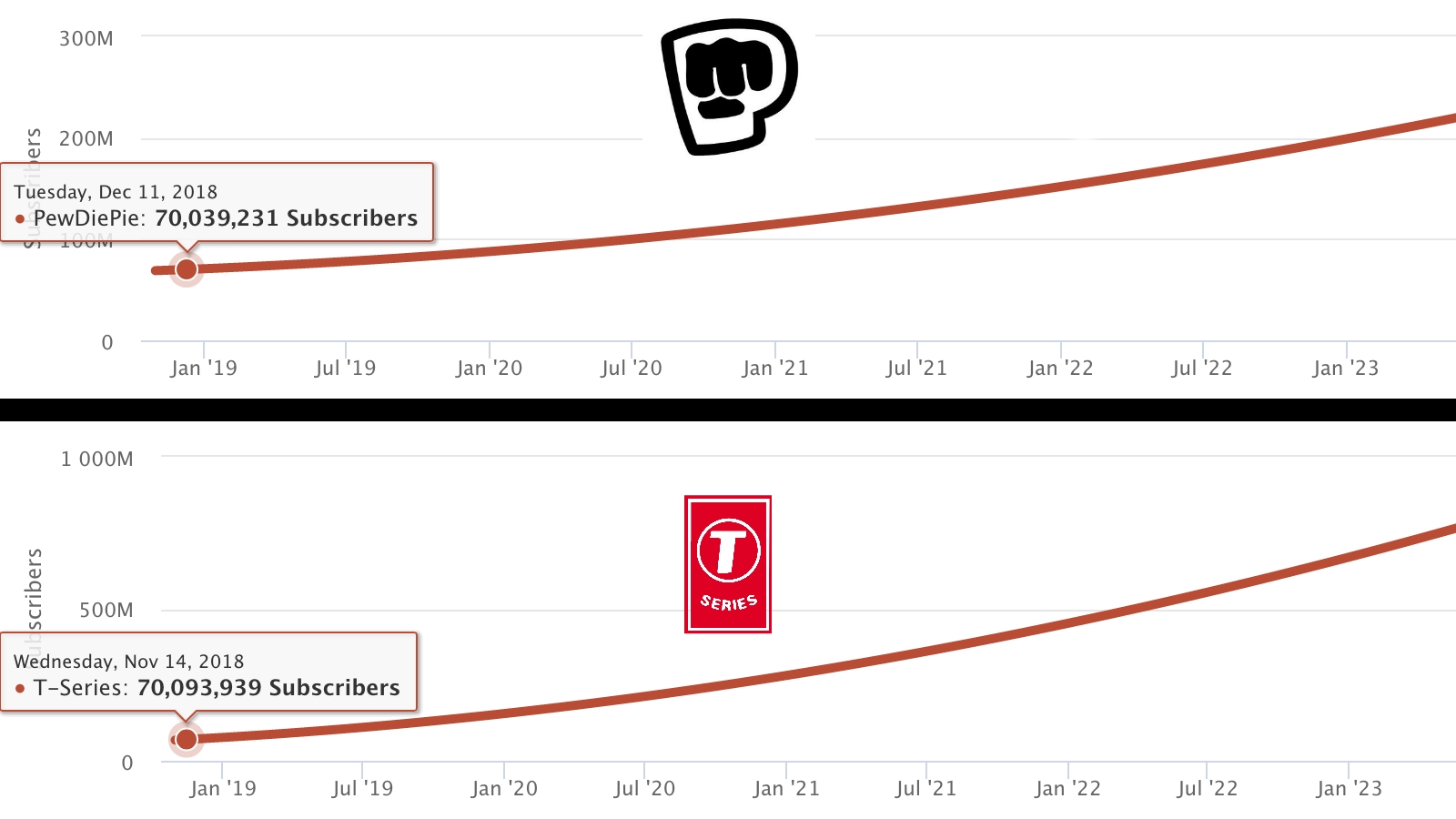 Estimates via Social Blade on November 1

However, on November 10, PewDiePie hit 70 million, spoiling Social Blade’s projection by over a month – while T-Series languished behind at 69.4 million at the same point.

There are a number of reasons which could have contributed to this, including fellow YouTuber Mr Beast’s city wide advertising campaign, encouraging people to subscribe to PewDiePie.

Gaining over 100,000 subscribers per day, the Swede is estimated to hit 71 million by December 10, meanwhile T-Series continues to also gain over 100,000 per day. 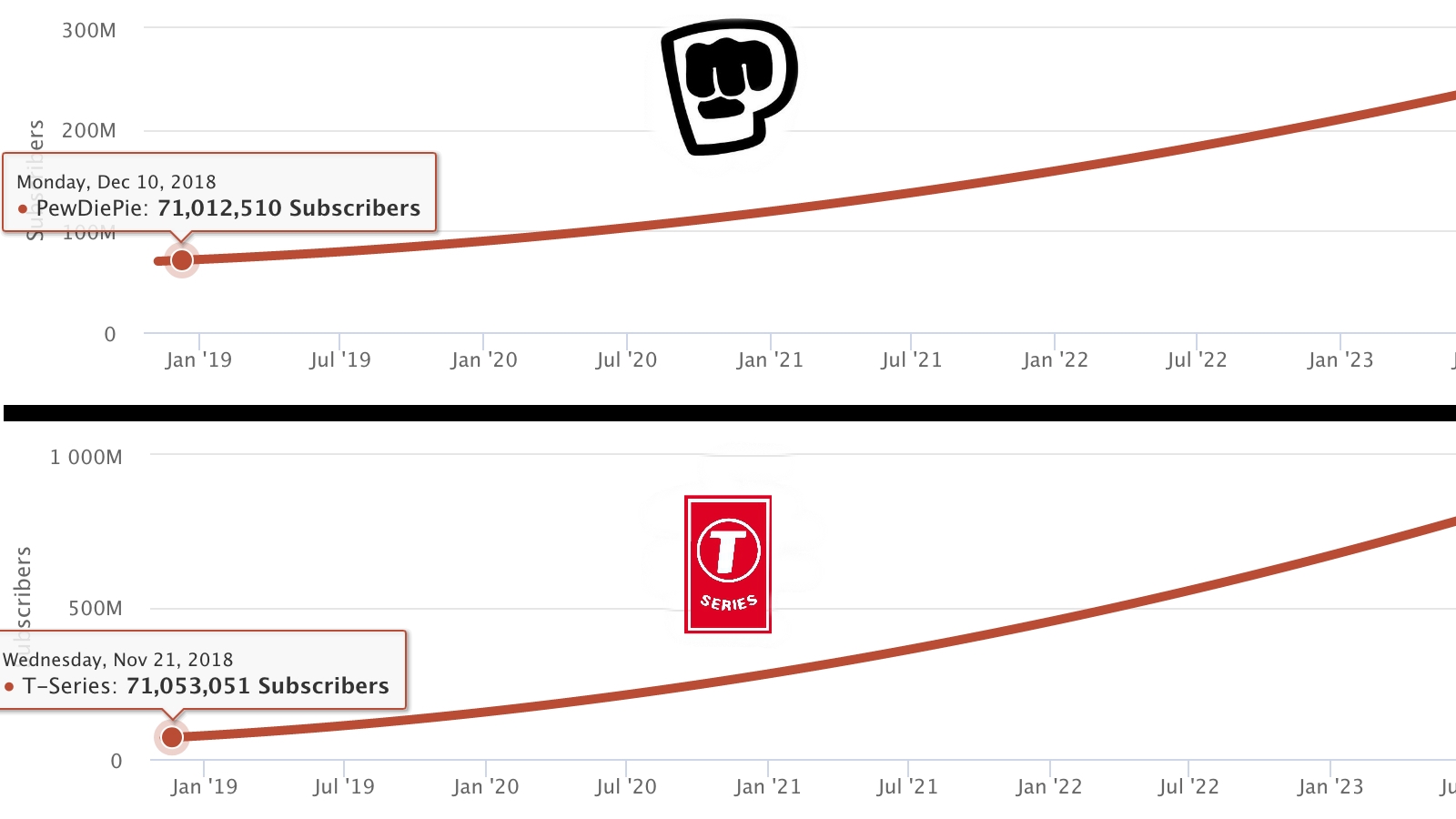 Estimates via Social Blade on November 10

Social Blade still predicts that T-Series will overtake PewDiePie sometime in November 2018, but PewDiePie can perhaps keep this momentum going the longer the race continues.

You can keep up with the race for YouTube’s top spot with the real time subscriber counts here.