The Swede continued his reaction uploads with his latest video, this time setting his sights on Yahoo Answers – one of the most notoriously baffling areas of the internet. People go to the site to ask for sometimes obvious life advice, to mixed results.

However after reacting to some of the most hilariously misguided questions, the YouTuber took it upon himself to create an account and impart his wisdom to the masses by giving life advice to strangers on the forum.

The Swede shared “life advice” to strangers, and the results were hilarious.
[ad name=”article2″]

The YouTube star looked at the current Yahoo Answers site, and shook his head at what he found. “You can’t help these people!” he exclaimed after noticing people trying to respond to awful questions that should be common sense.

Pewds then decided to create his own account, where he trolled said posts instead of providing help. One question asked “Do soda calories count?” to which the Swede replied “Not if you count them dummy!” as he burst out laughing.

Another curious Yahoo user asked “How can I get that last drop of pee?” which cracked PewDiePie into fits of giggles. Laughing, he wrote “Stick a straw in there, that’s what I do!” before he patted himself on the back. “Man, I’m good at this!”

When someone else asked what age is it acceptable to start yelling at a child, the YouTube king wrote “Straight outta the womb, baby! Show that baby who’s in control!”

The Yahoo help forum launched over fourteen years ago in 2005, and is a question and answer database that allows the sites community to answer any questions that people submit to it.

However, the site is notorious for showcasing how shockingly misinformed people are on basic subjects, and has become a breeding ground for people to troll – which our favorite Swede chose to do. 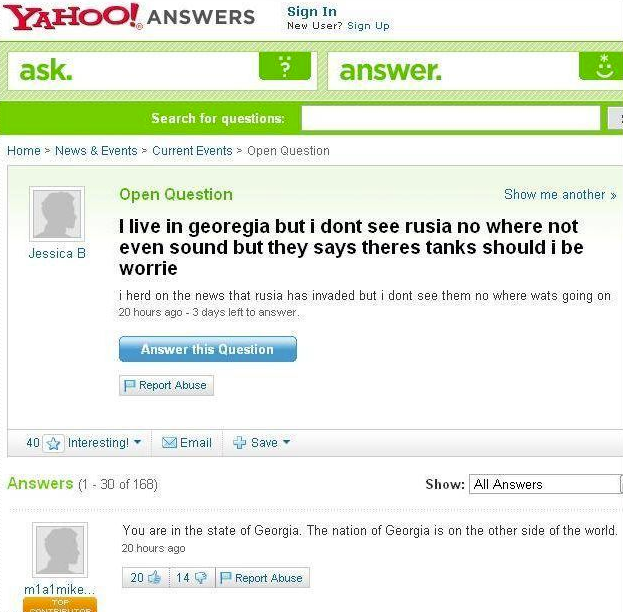 An example of the kind of misinformed questions asked on the question forum.
[ad name=”article5″]

While PewDiePie’s Minecraft videos have been less frequent with his recent announcement of buying a house in Japan while on vacation on September 30, the Swede is still crushing it as his channel continues to pull in millions of views a day.

The YouTube star is no stranger to doing reaction content, as he had built up his channel for years with iconic shows like ‘PewNews’, and ‘MemeReviews’, making his recent videos a welcome return. As of the time of this article he has over 101 million subscribers on YouTube.