In the August 16 episode of Felix ‘PewDiePie’ Kjellberg’s Minecraft series, the Swede teamed up with popular YouTube commentator Kenneth ‘CinnamonToastKen’ Morrison to tackle the ‘Floor Is Lava’ challenge.

While most episodes of PewDiePie’s massively popular Minecraft series detail the Swede’s own adventures, he’s also done collaborations with other YouTube creators including CinnamonToastKen.

Usually, the two make videos with the ‘Skyblock’ map, which sees players generate a floating island with which they must build upon without falling down. Now the duo has taken on the popular ‘Floor is Lava’ challenge, and it’s as epic as it sounds. 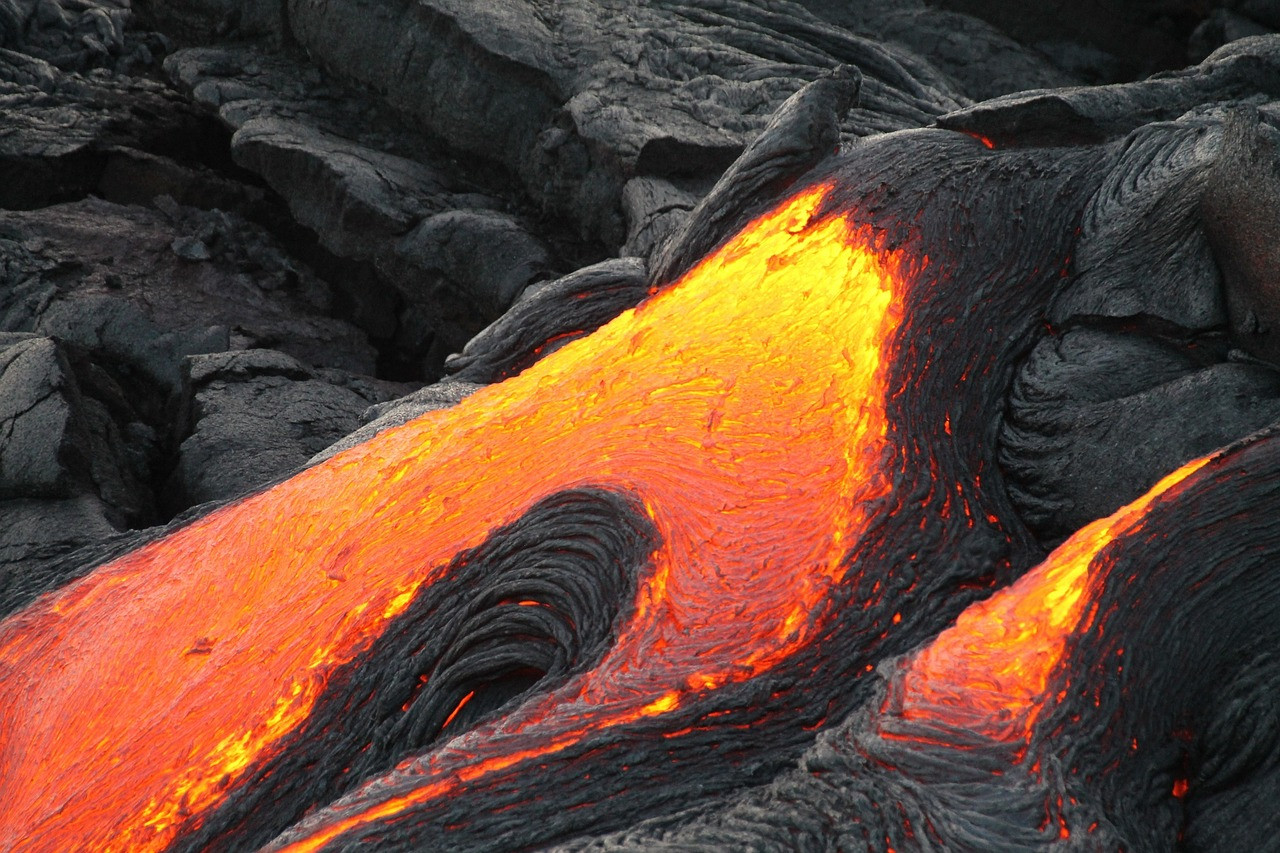 PewDiePie took on the ‘Floor is Lava’ challenge.

The Floor is Lava challenge

While the lava initially spawned slowly, the map soon was engulfed in flames as the two scrambled to build to safety. “Here is a piece of stone to stand on, while we wait for our inevitable death. We didn’t save anybody. I’m sorry,” the American YouTuber said.

PewDiePie then looked down below and saw an Iron Golum and said “Stone Gollum is fine! Don’t worry. Hold down the fort, bro!” before quickly changing his tune. “Ken. I have a bad feeling about Stone Gollum” as it became engulfed in flames.

“I’m sorry bro,” the Swede apologized as the creature met his fury death, setting the tone for the rest of the episode. 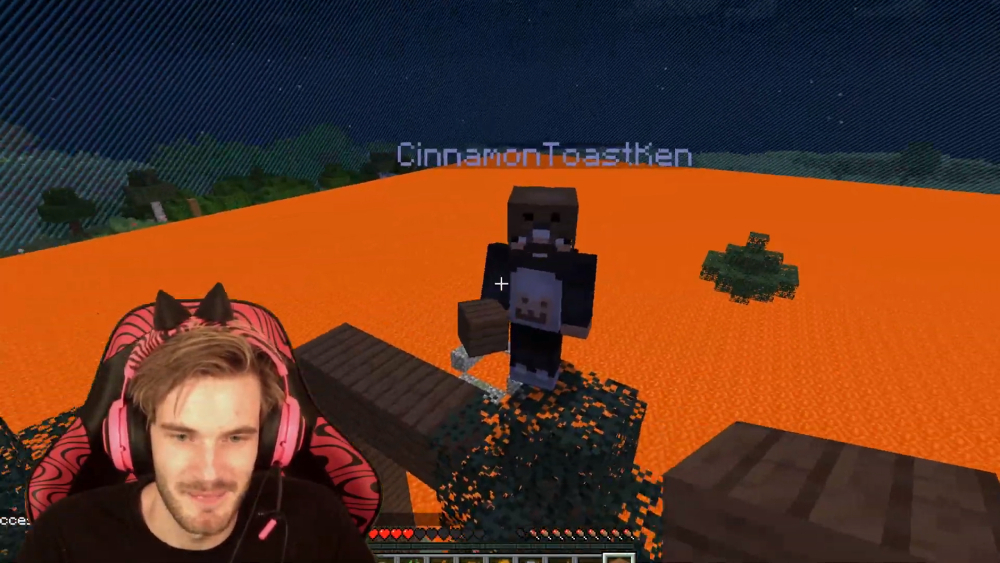 Pewds teamed up with CinnamonToastKen.

The YouTube duo soon realized that they hadn’t picked the best spot on the map to build. “We didn’t even pick the highest spot! We gotta make it over there” the Swede said.

Ken jokingly came up with the genius idea of turning the lava into “infinite cobblestone” if they only had water.

“Omg yes, we just need water” the YouTube king said, pretending to spit. PewDiePie then joked that his excessive spitting would save the world from global warming.

PewDiePie saving the world from global warming – one spit at a time.

“I have the high ground!”

In a hilarious moment, the two referenced the scene from ‘Star Wars: Revenge of the Sith’ which has become a popular meme online.

PewDiePie ended up on a higher block looking down on his partner. “I have the high ground CinnamonToastKen!” he screamed.

His partner played along and replied “No! You have the high ground?” before trying to knock the Swede’s block out from beneath him. “Screw you Anakin, don’t even try!” Pewds laughed. His friend yelled “Screw you ObiWan I’m coming up there” before missing his jump and falling to his death below.

The two eventually made it as far as they were willing to go before deciding that they would both jump to their death to the end the stream.