PewDiePie might have accidentally killed his Minecraft dog Sven

YouTube king Felix ‘PewDiePie’ Kjellberg made a return to his wildly popular Minecraft series after being in Japan, but during his October 13 episode, the fate of his beloved dog took a dark turn.

PewDiePie had taken a week break from Minecraft while vacationing in Japan to buy a house, but made his return to the sandbox title in his latest episode, where he continued the lore of his series.

While the episode initially starts out as a carefree romp to torture Creepers, the story took a dark turn when the fate of all his animals including his trusty dog sidekick Sven was suddenly in jeopardy. 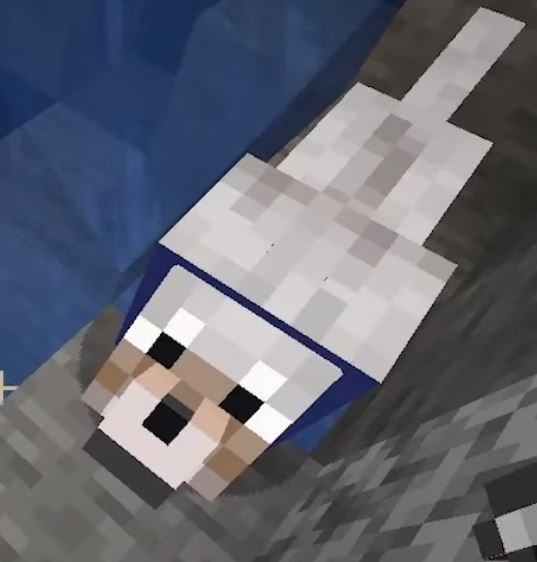 The Swede’s beloved Minecraft dog Sven is a staple to the series.
600[ad name=”article2″]

PewDiePie expanded the lore of his story in the October 13 episode, as in the series plot he answers to a “council” that gives him instructions and guidance. In September, he overthrew the previous rulers the water sheep, and replaced them with the council of ‘beetroot’.

But as the October episode was wrapping up, the new council pointed him towards his iconic IKEA tower, which he built in his base as a tribute to the Swedish furniture store, and instructed him to blow it up. “I must blow up IKEA tower, I’ve already made up my mind!” he exclaimed.

As if that wasn’t shocking enough, it was then revealed that all of the YouTuber’s beloved animals including his horse Joergen, his fox Benght, and of course his iconic sidekick Sven, were all gathered under the tower.

“You were here all along?” he said to his pets. “I was just about to blow up IKEA Tower and you would have blown up with it!”

After PewDiePie talked to the animals, it was revealed the council had betrayed him and sent them under the tower to die. Before the Swede could get them out of there, the tower exploded on them and he was left screaming for his pets as he searched the rubble.

The episode ends on a cliffhanger, leaving his audience to wonder the fate of Sven and the rest of his animals. While it’s possible they managed to make it out alive, his series has had deaths before.

Of course, many fans have rallied behind his dog Sven, so if he did die, it would be a devastating blow to his series as the dog a staple of it – so much so we ranked his puppy wedding as the #1 top PewDiePie Minecraft moment.

As of the time of this article, PewDiePie is still crushing it on YouTube, with over 101 million subscribers, largely fueled by his Minecraft series which has become a phenomenon and even made the game popular again.

Fans will have to tune in to the next episode to see the fate of Sven, as the Swede makes his series more cinematic as it goes on.