Just over a day after setting out on his new goal of hitting 69696969 million subscribers on YouTube, PewDiePie has officially crossed over the milestone.

Who better to celebrate the occasion than MrBeast, the man who bought billboards all over his home city to campaign for PewDiePie.

There’s no word yet on what PewDiePie’s next goal will be, but given his track record, we can expect it to be a great one.

Now that Felix ‘PewDiePie’ Kjellberg has managed to be the first YouTuber to reach 69 million subscribers, he has his sights set on bigger and better things.

Over the last few weeks, PewDiePie has been locked in a heated battle for subscribers with Indian music label T-Series, with many predicting that he’d lose out on the top spot before long.

Against all odds, though, PewDiePie has held onto his spot, but he hasn’t stopped his campaign, instead shifting gears to a new magic number.

“I realized I made a huge mistake,” PewDiePie says at the beginning of his newest YouTube video. “Getting 69 million subscribers isn’t the most important number to hit.”

While initially, you might think that he’s referring to the next major milestone of 70 million, PewDiePie quickly pivots and reveals his next master plan.

“That’s right. I’m talking about 69696969 subscribers AND a collab with Tekashi69,” PewDiePie tells his viewers.

With his new goal in mind, PewDiePie then runs through some of the hilarious ways that his fans have fought to keep him on top.

Perhaps the most inventive of all was one fan who covered three kilometers worth of trees in Bangladesh with signs saying “Smash subscribe for PewDiePie.”

At this point, PewDiePie thanked the fan for “working from the inside,” as he thought that Bangladesh was in India rather than being its own country that happens to border India.

PewDiePie didn’t realize his mistake until after recording the video, throwing up a slide during the segment admitting that his “geography is non-existent.” 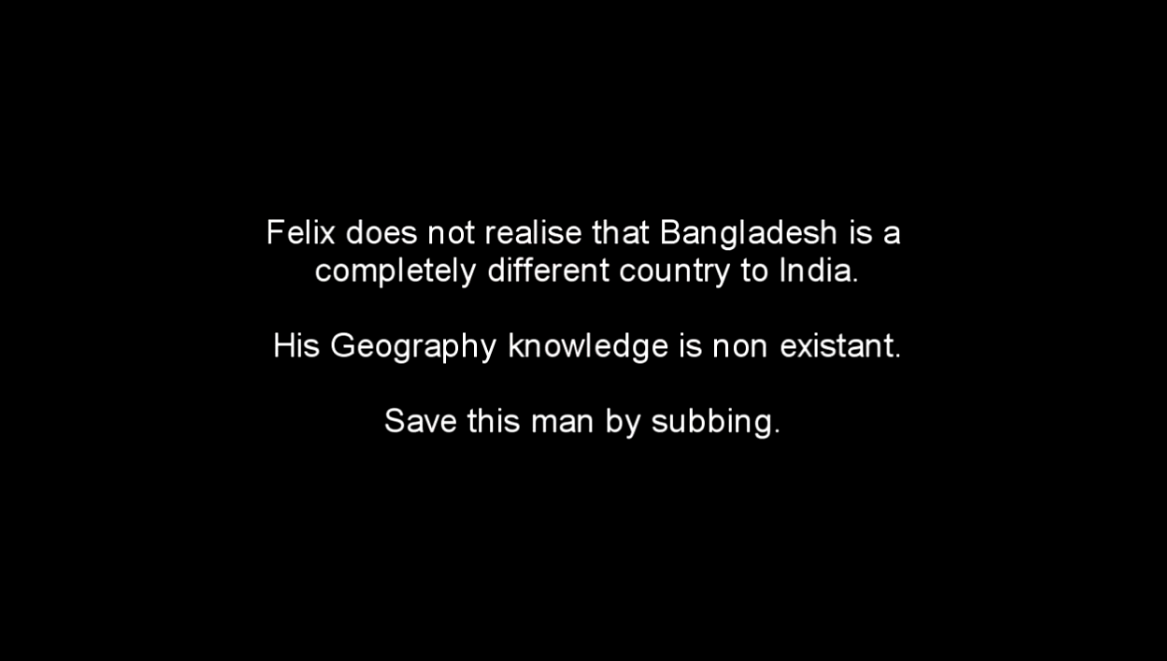 As long as PewDiePie’s fans continue putting his face on billboards, taking out ads in their local papers and even spamming “SUB TO PEWDIEPIE” in League of Legends Twitch chats, he’s got a good chance at reaching his goal very soon.

You can keep track of the live subscriber counts for both PewDiePie and T-Series at our official hub.