The current king of YouTube, Felix ‘PewDiePie’ Kjellberg, took aim at a fan of popular Twitch streamer Imane ‘Pokimane’ Anys, who claimed that they were four months behind on their rent due to massive donations to the streamer.

PewDiePie teamed up with fellow YouTuber CinnamonToastKen in a ‘try not to cringe’ challenge video, which featured a series of Tweets between two of Pokimane’s fans from October 24.

The donator in question replied to the Tweet, admitting that they ‘had to donate a little less this month because four months of rent were overdue.’ 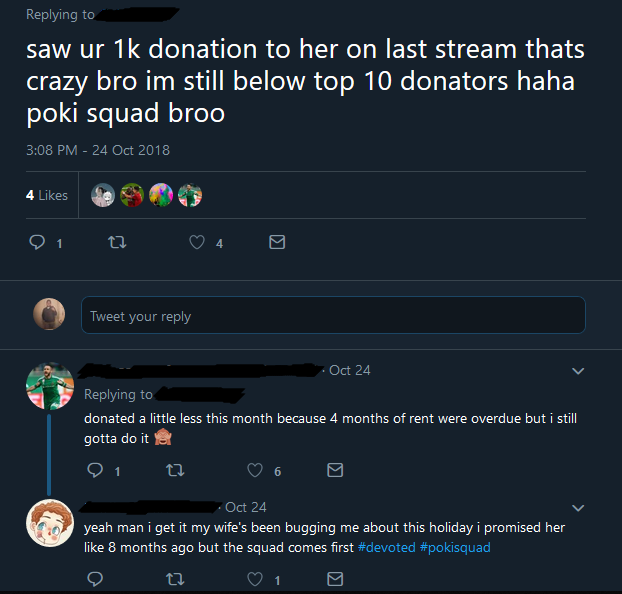 This didn’t appear to faze the original commenter, who appeared to insinuate that they hadn’t taken their wife on holiday due to their donations to Pokimane.

“Yeah man, I get it,” they replied. “My wife’s been bugging me about this holiday I promised her like eight months ago, but the squad comes first.”

“If I give them money, they’ll love me,” CinnamonToastKen joked of the interaction. “That’s some next-level brainwashing, right there.”

“You gotta be top [donator],” PewDiePie continued. “It’s for the squad!”

This instance marks a tame reaction to streamers’ over eager fans; Drama Alert host KEEMSTAR recently went under fire for his treatment of a fan of streamer SSSniperwolf, which Pokimane vehemently decried as ‘messed up’ in a series of replies to the YouTuber over Twitter.