Sometimes one can wake up not knowing that something life-changing is going to happen to them that very day.

That was the case for OpTic Gaming content creator Jack ‘CouRage’ Dunlop, who won an insane amount of money just for winning a single match of Fortnite: Battle Royale.

CouRage was streaming some warm-up matches in Fortnite in preparation of the $500K Summer Skirmish tournament, when he was hit with the most unexpected proposal.

Popular YouTubers ‘MrBeast’ and ‘Miniminter’ had privately messaged him offering to donate $70,000 live on stream should he simply win his next Solos match. 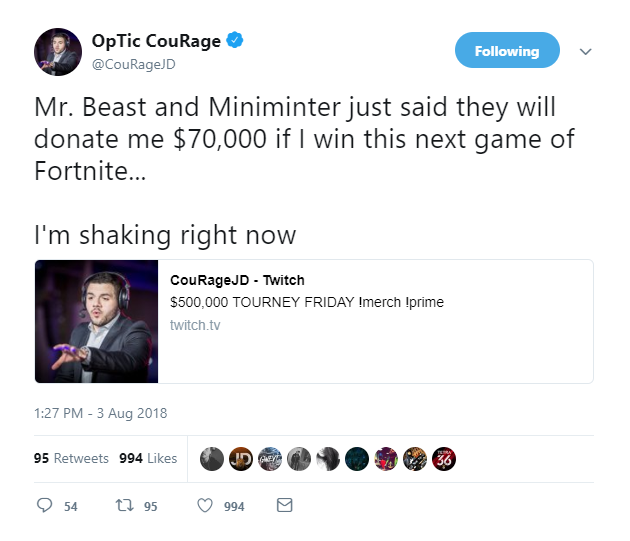 Although there are very few situations more pressure-packed than playing a single match of a battle royale game for that much money, CouRage clutched up for the victory, barely hanging on with just 18 health points.

His reaction, as expected, was of pure, adrenaline-filled excitement and jubilation as he bellowed in shock and disbelief at the fact that he had just become $70K richer. 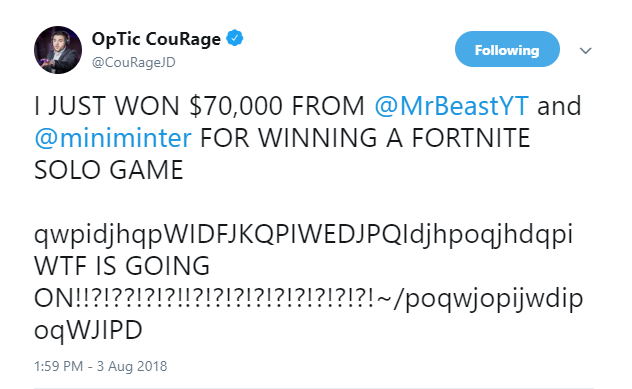 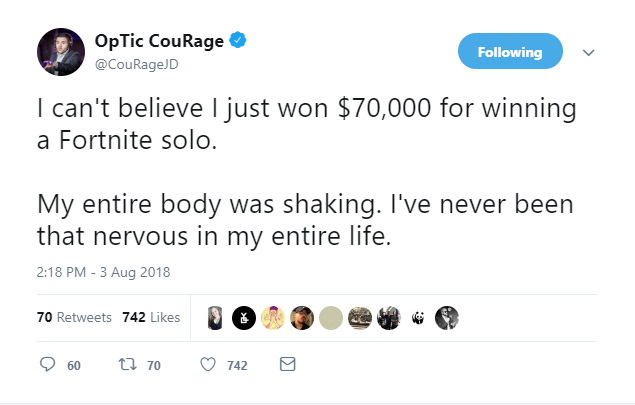 Shortly afterwards, the donation alerts came through, as Miniminter started things off with a $35,000 bomb right off the bat.

Full of pure shock at this point, CouRage began calling some of his close friends and family to tell them about the insanity he had just experienced.

He called his mother, his father, and close friend and former colleague Clint ‘Maven’ Evans, jokingly agreeing to pay for tacos that weekend.

An hour-long VOD has been posted showing the incredible scenes, and it can be viewed in its entirety down below.