Top Twitch streamer and YouTuber Tyler ‘Ninja‘ Blevins was surprised to discover that one of his latest YouTube videos, containing Fortnite gameplay, had been demonitized because of ‘blood and gore’.

With over 20 million subscribers, Ninja is by far the most popular Fortnite YouTuber, with each video garnering millions of views in the first few days of being uploaded.

It’s a major revenue stream for Ninja, with advertising on these videos adding to his Twitch income of subscriptions and donations, but not even innocent Fortnite videos are safe from YouTube’s occasionally faulty system. 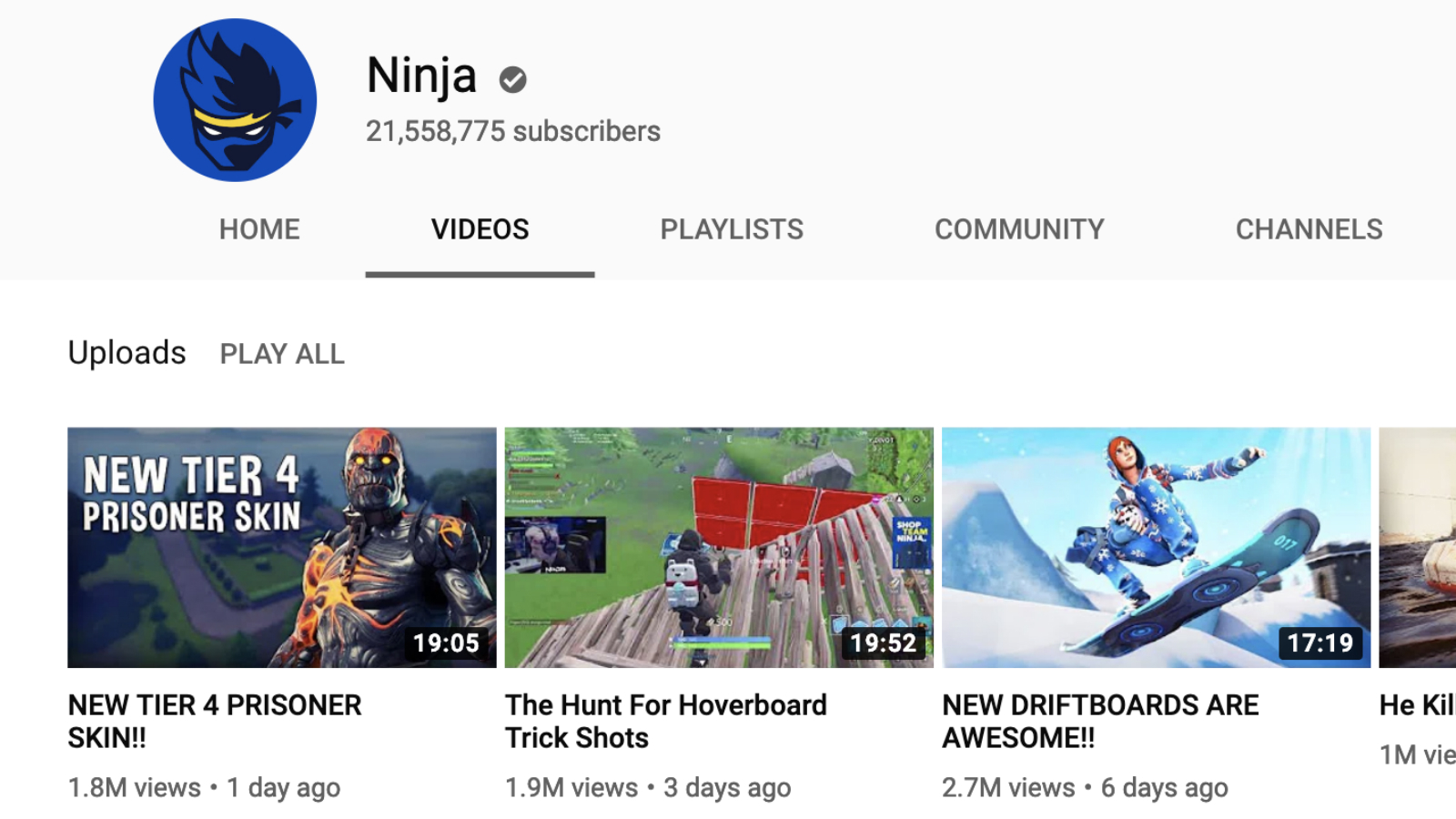 Ninja’s Fortnite videos attract millions of views in a matter of days.

Fortnite contains no blood nor gore, with characters simply disappearing into a blue haze when they are eliminated (Fortnite even carefully avoids using the term ‘kill’, opting for ‘eliminate’ instead).

Combined with its vibrant colors and cartoony style, Fortnite is rated for 12+, unlike most other battle royale style games. The rating board PEGI states it contains “frequent scenes of mild violence”.

But, YouTube’s system deemed this violence not so mild on one of Ninja’s videos, flagging it as containing blood and gore, and as a result removing ads from the video.

Thankfully, head of YouTube Gaming Ryan ‘Fwiz’ Wyatt quickly responded, giving Ninja a point of contact and explaining that it must have been a mistake.

Hit up @girlhack. Must be an accident.

The issue was quickly resolved for Ninja, but fans were quick to point out that if it was a smaller creator, then it may not have been such a quick turnaround.

Imagine if it wasn’t Ninja. Someone who didn’t have this much pull could be screwed. :upset:

Issues around what is deemed unjustified demonetization of videos has been a hot topic in the YouTube community lately.

Some channels have even been entirely terminated due to multiple infractions, possibly caused by an automated system which YouTube is acknowledging can make mistakes.