After high demand from his millions of fans, Tyler “Ninja” Blevins has finally launched his own merch website on September 16, with the first items from his own clothing line on sale.

Ninja fans – a group which has grown exponentially since late 2017 and his rise to fame through Fortnite and Twitch – can finally buy official merchandise from the man behind the fastest growing YouTube channel and the most followed Twitch channel.

Despite numerous deals with various companies and sponsorships, including through esports organization Luminosity who Ninja remains a member of, he has never launched his own line of merch, until now. 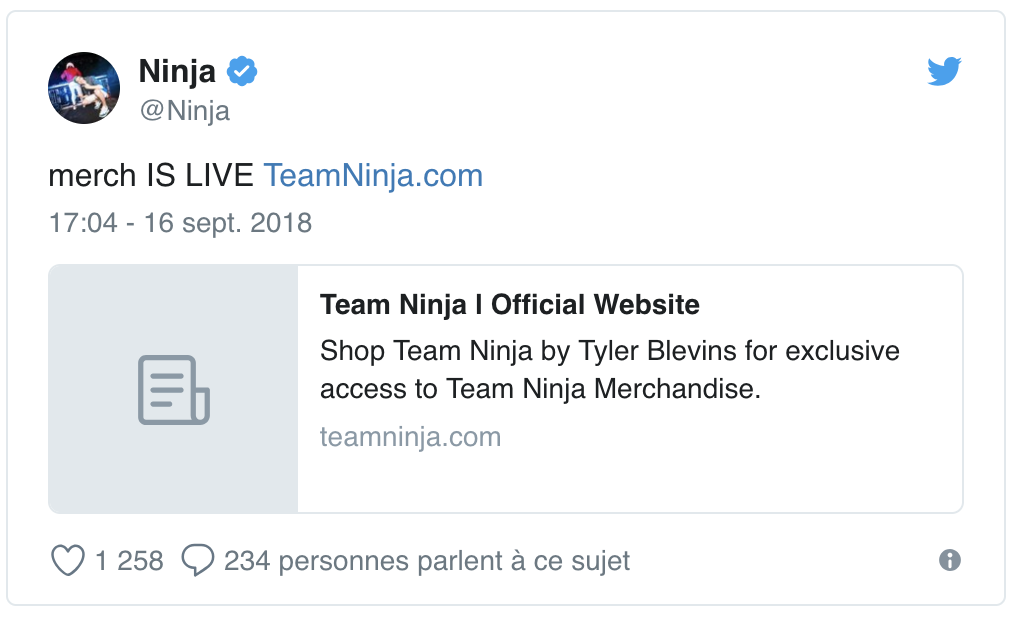 His website currently has eight items listed, six of which are apparel, with two ‘#teamNINJA’ posters also available.

Three hoodies and three t-shirts are the first items part of the ‘Signature Collection’, coming in youth to adult sizes, and appear to be unisex.

If you are a Ninja fan looking to snap up something, you best be quick, as with the size of his fanbase and unknown availability, these items will likely be sold out fast.

Prior to his official merch, he already had a partnership with underwear company ‘PSD Underwear’ – which is part owned by NBA star Kyrie Irving – where you can purchase official Ninja underwear, if that’s your thing.