Logan Paul reveals the most disgusting part of the ImPaulsive set

Logan Paul has revealed the most disgusting part of the expensive ImPaulsive podcast set with co-hosts Mike Majlak and Spencer Taylor.

During an episode of Majlak’s ‘The Night Shift’ web series, he and Paul went to the ImPaulsive set and showed off some of the different parts of it – the set-up of the entire lighting rig and the whopping $30,000 desk that they sit on.

In total, the set-up cost them $90,000 – certainly one of the more expensive podcast sets you will see on YouTube. So it’s pretty surprising to find out that one part of the set is actually pretty disgusting. 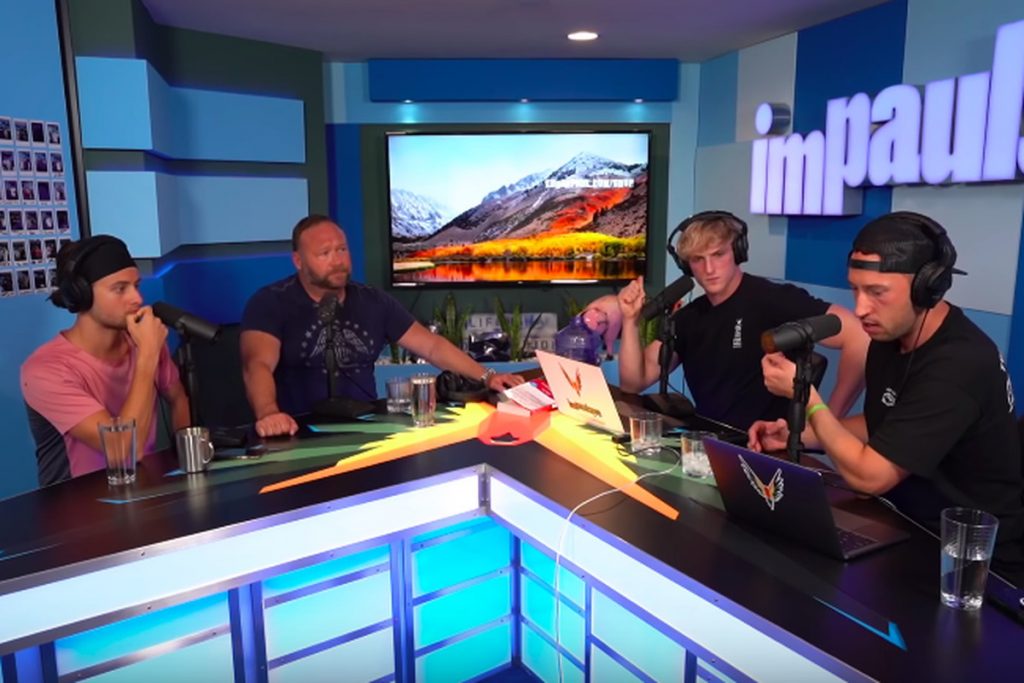 The ImPaulsive podcast has hosted some of the biggest names on the internet.

After showing off the set, they get into the nitty-gritty and the most disgusting part of their set.

“I know we’ve talked about it a lot on the show,” Majlak starts. “The biggest Easter egg on the ImPaulsive set… the gum.”

They then cut to a clip from the podcast in which Paul explains the gum. “He stores his gum under the table, he’s that kid.” He then showed a picture of the underside of the table, complete with gum stuck across it like you would expect to find on a school desk.

Taking another look under the desk, Majlak makes light of the situation, saying “as you can see, we’ve got spearmint, we’ve got winter fresh…”, going through the variety of tastes, flavors, and colors that can be found under the ImPaulsive desk.

Paul then calls him “vile” and “a sick f*ck”, before going through some of the various other small bits and pieces on the ImPaulsive set that viewers wouldn’t typically see or acknowledge such as a jousting glove,

It goes without saying that this is a problem, even more so due to the price paid to have such a beautiful set. Majlak knows that, though, and says it himself, openly saying “I’ve got a problem.”

It’s definitely not as bad as problems other people have, but it still makes for pretty grim viewing.