Team Liquid’s Yilian ‘Doublelift’ Peng has tried his hand at IRL (in real life) streaming on Twitch for the first – and possibly last – time, running into an elderly man who was angered by being on camera.

Doublelift is one of the most decorated League of Legends players, having competed at the highest level since 2011, recently featured in Forbes 30under30 list, and over the years has grown a strong fan base.

Amassing a big following on YouTube and Twitch, it’s likely that Doublelift will consider becoming a full time content creator when his days as a competitive player are over – but he might be avoiding IRL streams. 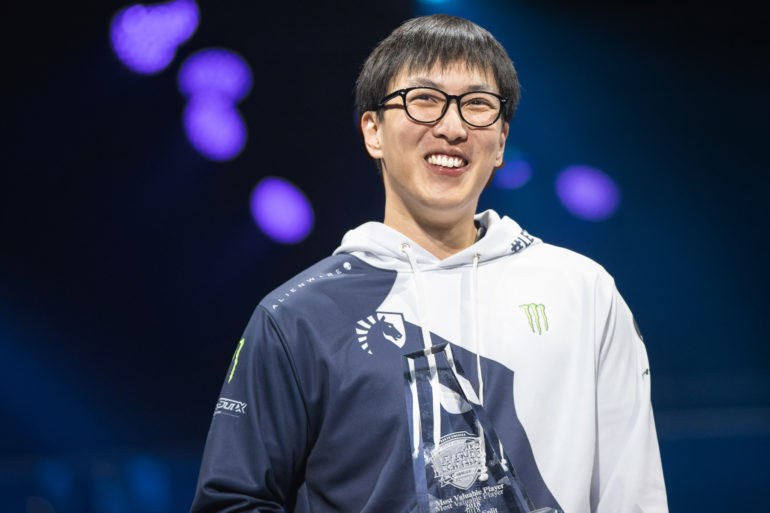 Doublelift is one of the biggest names in League of Legends.

A unique category on Twitch, IRL streams typically involve streamers going about their daily lives and streaming the whole time, which can lead to some interesting moments, but is usually carried by the personality of the streamer themselves.

As a big name in LoL, Doublelift always attracts viewers, but his first ever IRL stream didn’t quite go to plan as far as the content is concerned, as he attempted to help the homeless.

Travelling around Los Angeles, Doublelift was with fellow Team Liquid members and owner Steve Arhancet, handing out supplies to homeless people, when one man suddenly got very angry at Doubelift for filming.

Team Liquid jungler Jake ‘Xmithie’ Puchero attempted to talk to the gentleman and smooth over the encounter, and returned moments later with the situation apparently resolved.

The team continued their day in Los Angeles with Doublelift streaming, but first asked the individuals if they were happy to be filmed.

Thankfully, their next stop was more successful, as they gave away blankets and talked with two homeless men, as part of the ‘Giving Spirit’ charity campaign.

Doublelift had already predicted that something might go wrong on his first ever IRL stream and end up on reddit, which the first encounter certainly did, however it simply brought more attention to the good work carried out by the team.

Helping out the Giving Spirt today on @TLDoublelift stream pic.twitter.com/nos3PbMgC3