LIRIK was playing the game’s “Heroes and Villains” mode, which places numerous characters from the franchise’s history against one another in epic battles that wouldn’t make sense continuity-wise in movie form.

While playing as Yoda, the streamer was paired with Anakin Skywalker from the prequel trilogy to fight against Darth Vader and Count Dooku on the cloning planet of Kamino. This battle made very little sense as Darth Vader and Anakin are the same people.

As the rain fell on the map, LIRIK was eager to get the fighting on as he approached the enemy Darth Vader. “You think this rain is gonna stop this sh*t?” he laughed. “This ain’t no f**king baseball game, a**hole.”

Eventually, a fight before the four players broke out with LIRIK going head-to-head against Vader while his partner fought off against the other Sith Lord.

As the fight progressed, the Twitch star seemed to gain the upper hand when he sent Vader off a platform. “Haha!” he laughed before seeing Vader was still breathing on a dock below. “Oh sh*t, he’s alive.”

After dropping down to continue the duel, the green Jedi got a few decent strikes in but eventually was force choked by his foe, lifted in the air, and tossed into the raging waters to his doom.

“Nooo!” LIRIK screamed as his Yoda character killed in action, leaving him to observe his teammate for the final confrontation. 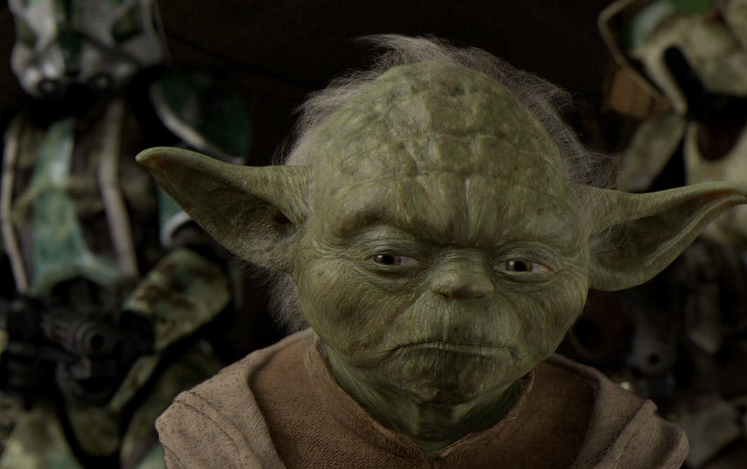 The whole fight was amusing with the Twitch star dancing around and trying to get the upper hand, but unfortunately, he ended up falling just short.

Still, for a rookie to Star Wars Battlefront, it was an impressive showing, and maybe, just maybe, LIRIK will become one with the Force in due time.