A Korean Twitch streamer has been banned after a violent altercation with another man during a livestream on September 27, leaving one of the men badly beaten.

Streaming on the Amazon-owned platform, the two men seemed friendly at first, although highly intoxicated.

The channel, Jangfolk1, has since been suspended from the website, but footage of the incident circulated widely before it was removed from the platform.

In the minutes leading up to the fight, the men laugh and joke together, and both appear to sign a piece of paper, which some Korean viewers have said was an agreement not to sue one another for the ensuing brawl.

The man in the blue shirt, believed to be the guest of the stream, is apparently mocking the man in the Twitch shirt for being a small streamer, and the pair agree to fight over the issue.

The first man slams the streamer into the desk, which breaks immediately under their weight, before the streamer manages to regain the upper hand.

In another, more violent clip, the man in the blue shirt is dragged by his hair and kicked and kneed to the head repeatedly by the man in the Twitch shirt. 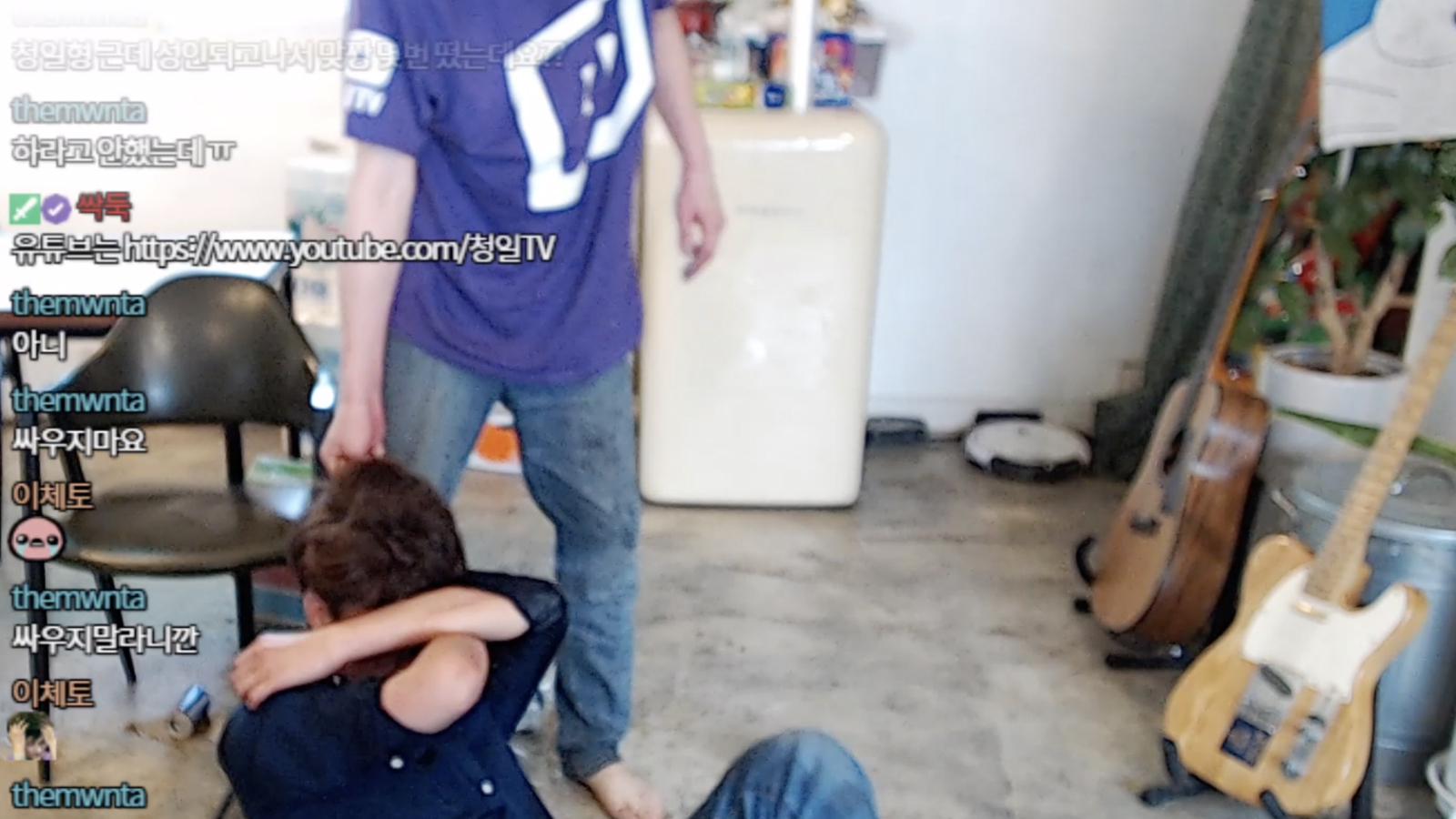 The streamer got the upper hand eventually, kicking the other man’s head as he tried to block his face.

Eventually, the men grew tired and stopped, with the man in the blue shirt badly beaten, his face bloody and bruised.

They then sat back up at the desk together, revealing the extent of the inuries.

Police were apparently later called to the residence and the beaten man received medical attention, according to viewers of the stream.

The Twitch channel was quickly banned from the platform, and given the severity of the attack, it will likely be a permanent suspension.

It’s unknown if charges were brought against either individual involved.