Justin Bieber showed support for YouTube star Logan Paul as he gears up for his epic boxing rematch with rival JJ ‘KSI’ Olatunji.

The pair faced off in a blockbuster showdown in Manchester back in 2018, and following the judges’ decision to score the fight as a draw, fans of both men have been chomping at the bit to see the YouTube sensations step back into the squared circle and battle again.

One of those fans appears to be music icon Justin Bieber, who commented on one of Paul’s Instagram posts about the upcoming fight. 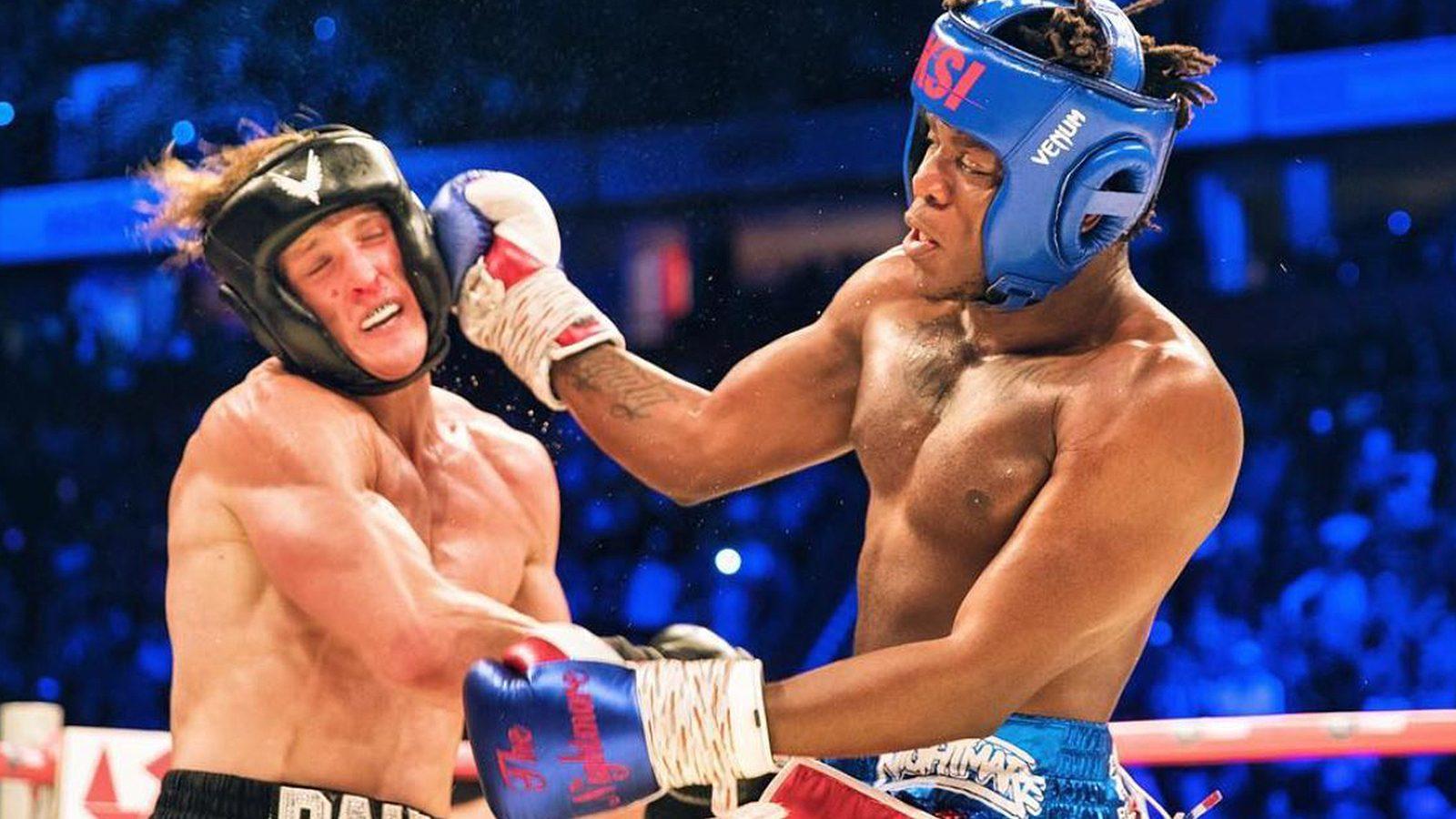 Paul uploaded a video showing some of his best moments from their first match, with his footwork and striking on show as the clips showed the 24-year-old pushing the pace against the Brit.

Captioned with the tagline: “Exactly one year ago today… I don’t support violence, but also KSI I’m going to break every bone in your face later this year.”

While many fans voiced their support for the American in the comments, one particular post stood out among the rest, as the official Justin Bieber account appeared with a comment for the YouTuber.

“He showed up at my crib too,” wrote the Canadian musician, whose comment received thousands of likes on the platform. 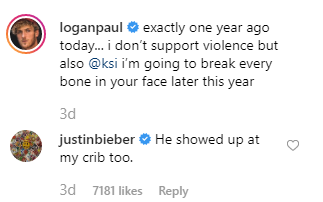 Whether Bieber will be in attendance when KSI and Paul square off once again remains to be seen, but he won’t have to travel to England this time to see it, as it’s currently slated to take place in the Staples Centre in Los Angeles, California.

Logan Paul’s Instagram post states that he’ll “break [KSI’s] face” later this year, but no official date has been set for the bout, with rumors suggesting that a press conference will take place on Tuesday, September 3.