A Guitar Hero player has gone viral for their insane ‘speed run’ at Awesome Games Done Quick, leaving viewers stunned and speechless at the ridiculous speed of his fingers.

As the name obviously gives away, the events are all about speedrunners getting games done as fast as they can – maybe setting a world record, breaking their own personal best, or just wooing the crowd. However, one of the most viral highlights to come out of the 2020 event wasn’t exactly a speedrun, but more an absolutely jaw-dropping display of finger speed. 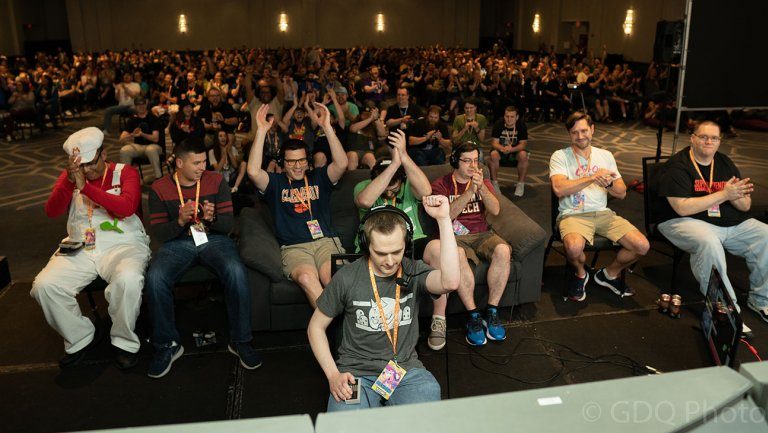 During the January 10 day of the event, the spotlight turned to Clone Hero – which, as the game might suggest, is pretty much a modded Guitar Hero that allows players to create ridiculously fast songs.

With this, AGDQ turned the sticks over to FrostedGH for around an hour, as he wowed spectators with his speed and accuracy. Yet, it was his incredible run on Catalsycm – MetallicaAXS that set the internet alight.

As Frosted entered one of the song’s most difficult segments, he burst through it with superb accuracy, racking up his combos as the on-screen accuracy meter continued to count up – eventually reaching 100%, meaning he hadn’t missed a note.

However, while he was perfect on the perilous part – and, to be honest, the majority of the song as a whole – he didn’t manage to complete a perfect run through.

Instead, as he finished up the song and the game assigned him a grade, Frosted hit 99% total accuracy and only missed nine notes from a total of 3141.

As noted, the original performance from the event quickly went viral, finding its way to the BeAmazed subreddit, receiving more than 46,000 upvotes at the time of writing.

Fans and interested onlookers will, undoubtedly, be looking forward to the next time that they can see someone like Frosted in action again. Who knows, maybe next time there will be a perfect playthrough.