Advertisements throughout live broadcasts can often be agitating. Twitch is aiming to change the way we interact with ads on the platform moving forward.

The Amazon-owned streaming platform is set to roll out a number of changes to the advertising experience as previously announced at TwitchCon 2019.

With changes being implemented across the board from October 30, here’s a rundown on everything you need to know about the ‘Ads Experience Update.’

Previously a feature exclusive to Twitch Partners, this change will allow streamers on the rise to start generating income through the platform much earlier. Additionally, video ads will be removed from all non-Partnered and non-Affiliate Twitch accounts. Meaning that viewers will no longer have to sit through an ad that doesn’t support the smaller streamer they’re tuning into. 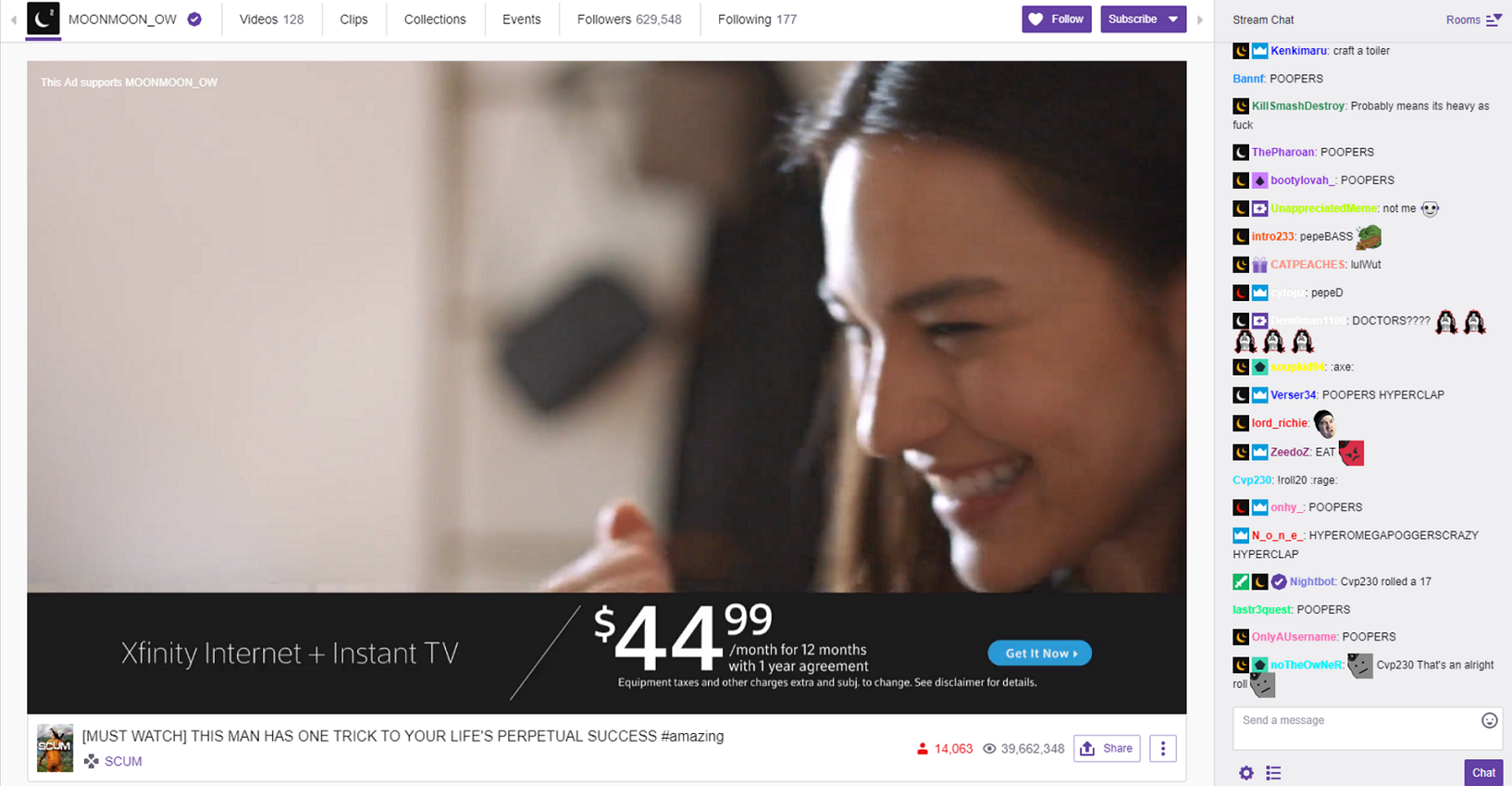 In a first for the platform, video advertisements will now generate income for smaller streamers.

Partners and Affiliates will soon be able to disable pre-roll video ads in exchange for running regular ad breaks throughout their broadcast.

When first loading into a channel, it was guaranteed that you’d encounter an ad immediately. With these changes however, if the streamer has disabled pre-roll ads, you’ll be able to jump right in and enjoy the stream without an initial video to sit through.

As part of a trade-off, streamers will be required to run regular ad breaks throughout their broadcasts to negate pre-roll ads. For instance, running a 60 second video will disable pre-roll ads for 20 minutes.

In the past, Twitch ads would entirely take over the main broadcast, regardless of what was happening on-stream. With the latest adjustments though, viewers will be treated to a picture-by-picture setup.

As video advertisements commence, the main broadcast will be shrunk, muted, and relocated just above the chat. This allows for ads to be shown in full, without fans missing a moment of the action from the streamer.

Ads got an upgrade.

We’re rolling out changes to how ads work over the next few weeks. Learn more here: https://t.co/f6hFpAyIwJ pic.twitter.com/MguVSGFG9L

Ultimately, the sweeping changes to advertisements on Twitch appear to be an all-around improvement for content creators on the platform.

Viewers will no longer miss a beat thanks to the picture-by-picture functionality and smaller streamers can start making money earlier than ever before. These changes are currently being rolled out so expect to see them implemented on a wide array of channels in the future.