Formula 1 racing superstar Lando Norris took a chance to do a bit of cheeky self-promotion following his seventh-place finish at the United States Grand Prix on Sunday, asking fans to subscribe to his Twitch Prime in his post-match interview.

McLaren’s golden boy has been wowing Formula 1 fans out on the grid this season as the historic English racing team defied expectations to keep pace with the motor sport’s big boys like Red Bull Racing and Ferrari, and out-shine French giants Renault.

While Norris has been turning heads in his rookie year in the twenty-driver circuit, the 19-year-old prodigy hasn’t just been putting his pedal to the metal in his million-dollar car — he’s also been building quite the following streaming iRacing on Twitch. 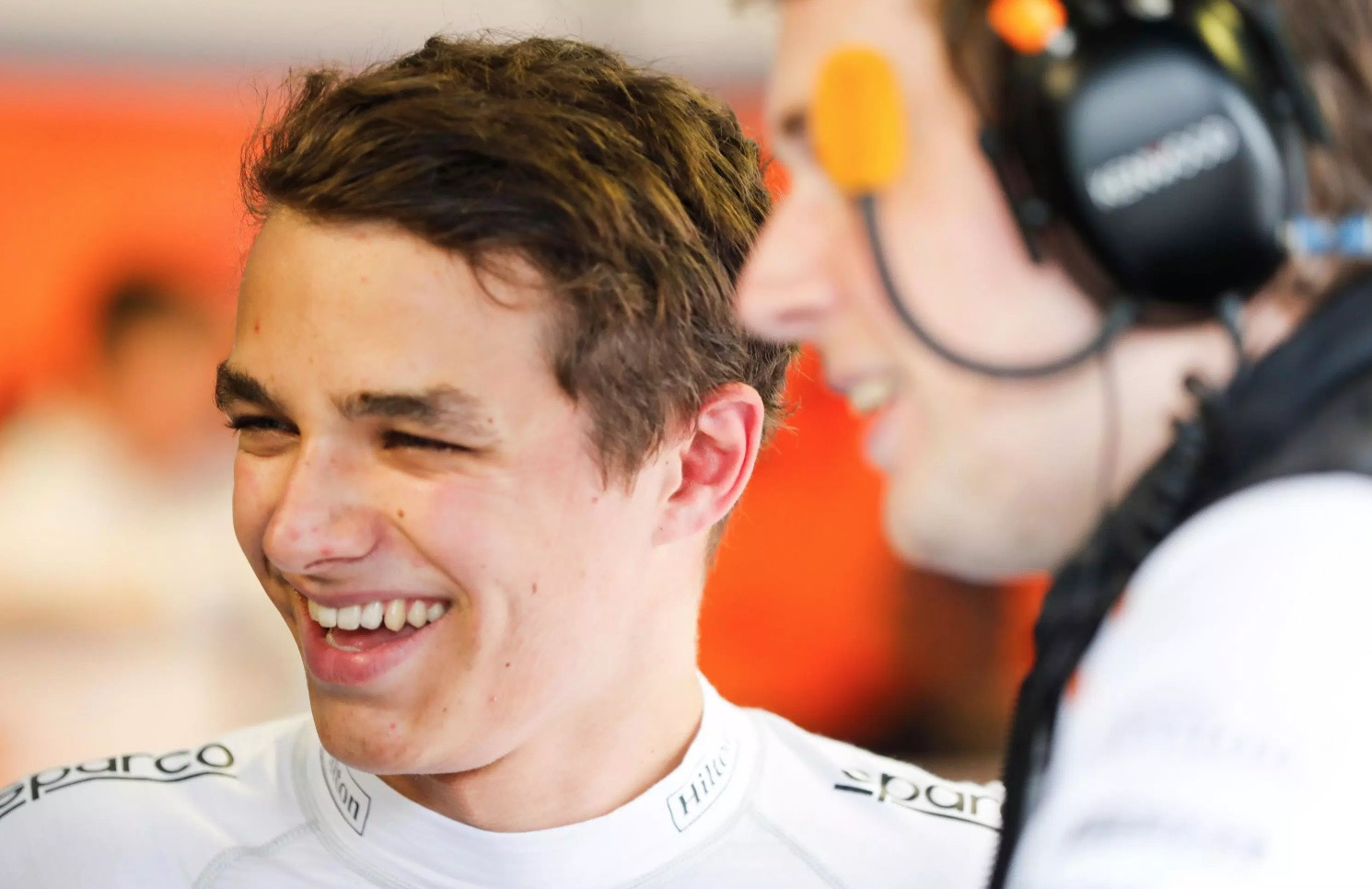 Lando Norris has found major success on the F1 tracks and Twitch in his rookie season.
[ad name=”article2″]

That hasn’t stopped him from dropping a cheeky advertisement for his Twitch Prime subscription live on Formula 1’s official coverage, however, as he broke down his performance at the Circuit of the Americas in Texas.

Norris was speaking to F1’s media presenter Will Buxton, and IndyCar Series competitor Conor Daly, when Daly brought up that Norris had been making a name for himself on Twitch as well as on the racing grid. Norris agreed, and saw the opportunity to score some subs.

“Subscribe to Twitch Prime and all that stuff!” Norris said at the media desk, before Daly added he also “lowkey” had a profile on the website, but that the McLaren star’s fame might have earned him a few more followers. “You’re more famous than I am, but whatever.”

Can’t see the below clip on mobile? Watch here.

Norris is no stranger to spruiking his Twitch channel where he can, and has admitted in the past that if he hadn’t found himself behind the wheel of an F1 car every few weekends, he would have been a full-time streamer.

The young star has also been a major advocate for driving sims, and believes more and more drivers entering the grid will have been gamers when they were younger, before making the leap into the 200+ kilometer per hour speeds of Formula 1. 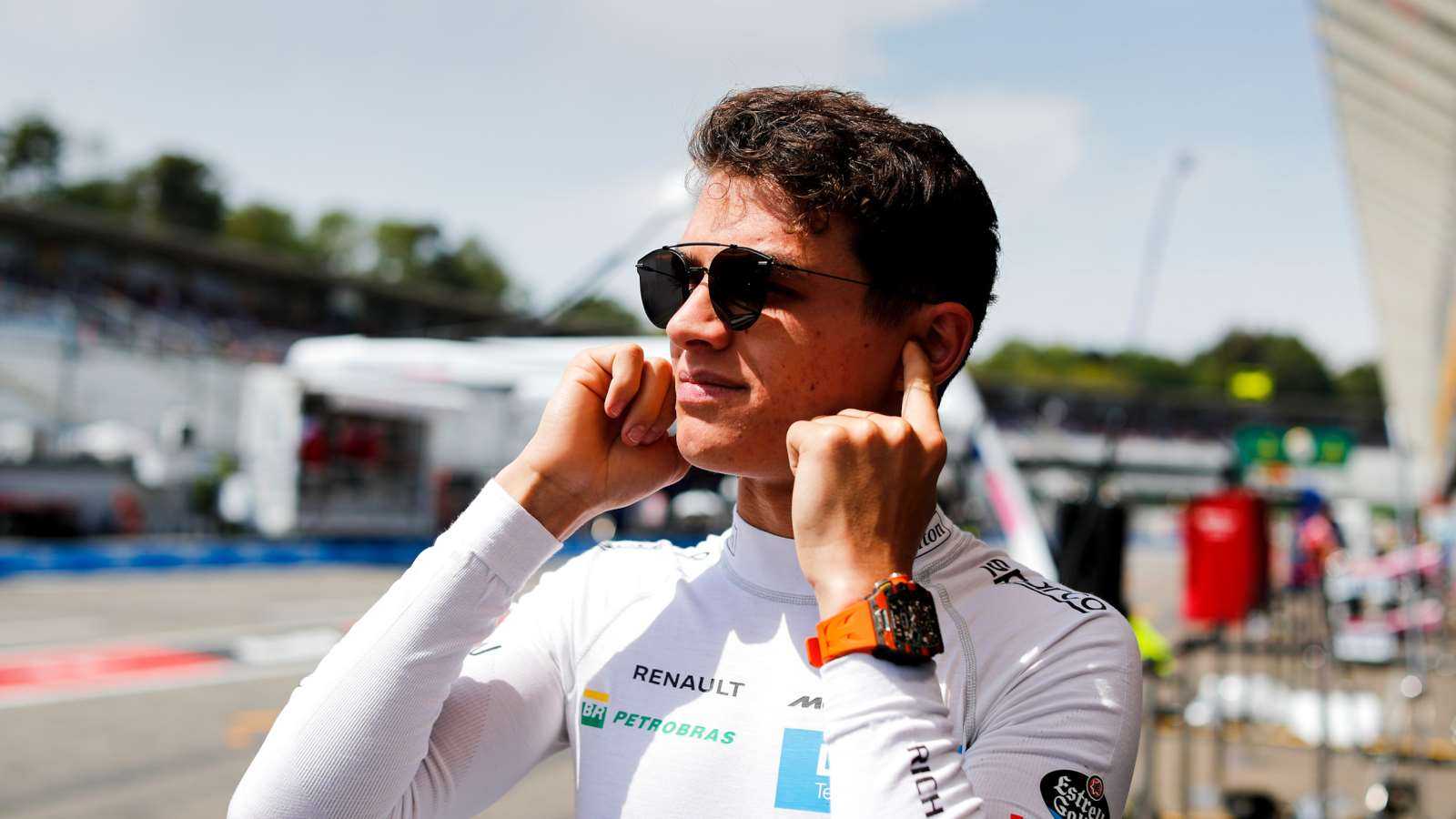 Norris has chalked up nine point-finishes for McLaren in the season so far.
[ad name=”article5″]

“As far back as I can remember, I must have been four years old and my Dad use to have Gran Turismo 3, and that was the first time I started playing a racing game,” Norris told PlanetF1 earlier this year, and suggested sim-racing can prepare gamers for the real thing.

“A lot of things we do on the simulator correlate to real life, because you are able to pick up on these places whereas a driver you are not as strong and already started working on them before you have even driven the track.”

For now, however, Norris has two more races to finish in the 2019 season — Brazil on November 17 and Abu Dhabi on December 1 — before he can settle back into the Twitch grind for all his potential new subscribers.

Considering racing great Lewis Hamilton just clinched his sixth world championship at the US race, however, and McLaren is currently 38 points ahead of best-of-the-rest rivals Renault, no one would blame Norris if he added a few extra broadcasts to his streaming schedule.