FaZe Clan’s Ricky ‘Banks’ Banks and Fortnite pro Turner ‘Tfue‘ Tenney have fully committed to Fortnite for life, as the pair got tattoos relating to the popular battle royale game – live on stream.

During his stream on February 16, the winningest Fortnite player had celebrity tattoo artist Roman Lacoste – who previously gave Ninja a Fortnite tattoo – permanently ink the in-game character known as ‘Jonesy’ on his thigh.

As for Banks, he allowed Tfue himself to ink ‘Code Tfue’ on his thigh – used for Fortnite’s creator code system, which allows fans to directly support their favorite YouTubers and streamers whenever they buy things in the item shop. 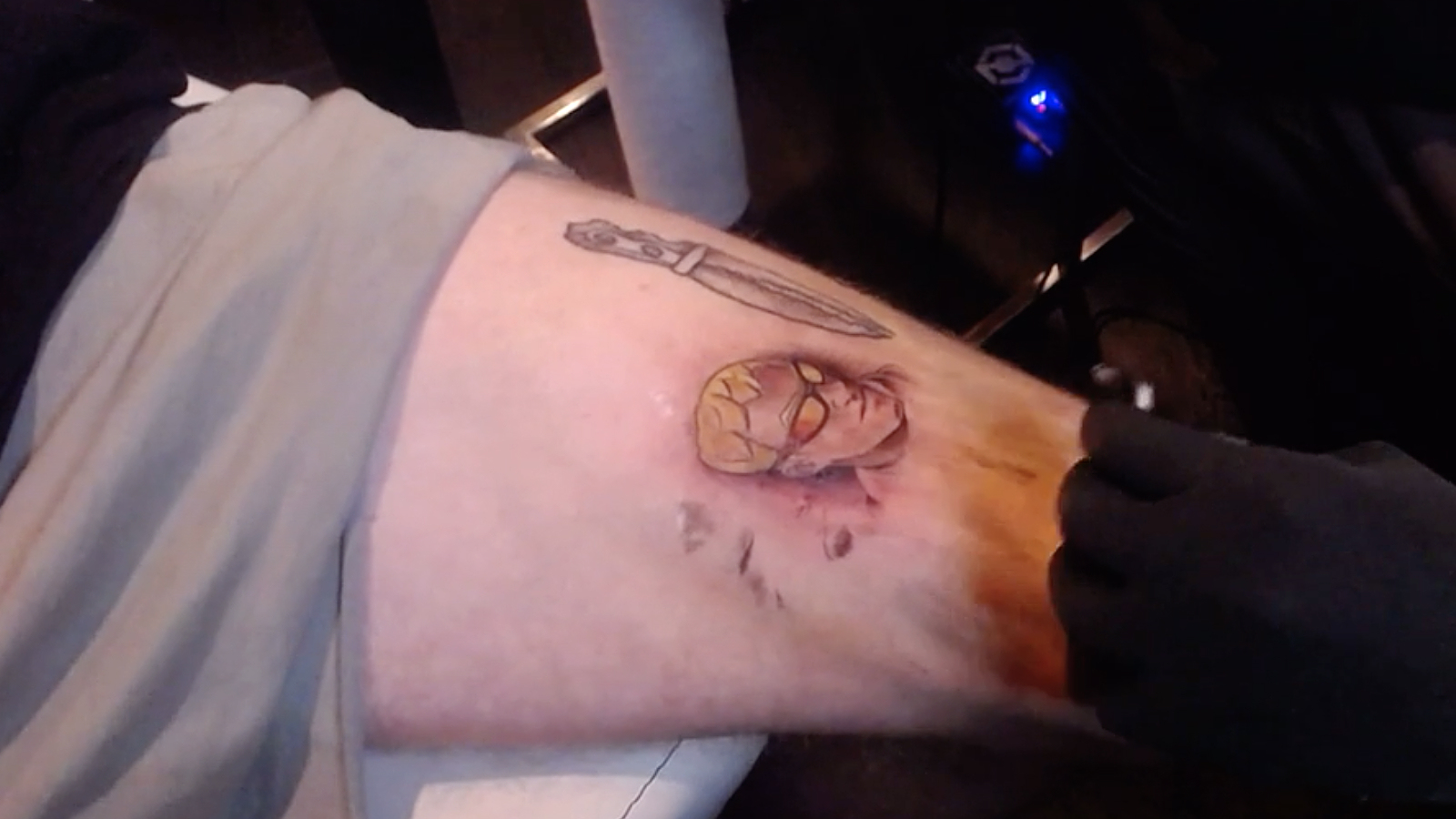 So, whenever a Tfue fan purchases some V-Bucks, if they use the code ‘Tfue’ in the shop, the streamer will receive a small commission.

Tfue often reminds fans of his code, and now Banks can as well, simply by showing off his brand new tattoo.

The artwork was performed live on stream, with other members of FaZe Clan gathered round to witness Tfue’s and Banks’ permanent markings be applied.

Banks has a number of tattoos already, so ‘Code Tfue’ won’t stick out quite as much, and it is on the upper portion of his thigh, meaning it will be rarely seen when clothed.

For Tfue, he is often said to look just like ‘Jonesy’, a default skin in Fortnite, and so you could say he has tattooed the Fortnite version of himself on his body for life.